James Blackshaw, The School of Trobar and Silver Stairs of Ketchikan

Posted by Cloudboy on April 01, 2007
at The Cube Microplex - Sat 31st Mar 2007
brought together by qujunktions 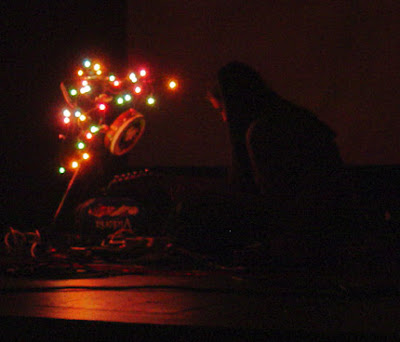 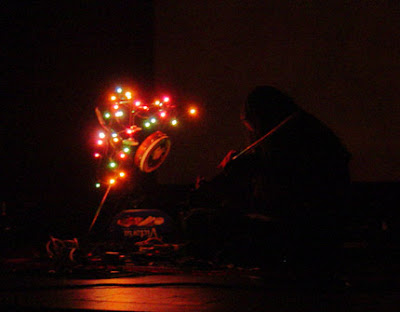 First up was - Silver Stairs of Ketchikan - a solo off-shoot of the Thoughtforms collective. Namely one Charlie Romijn, who sat cross legged in amongst various effect boxes and electronic spaghetti. She mixed guitar/vocal/violin fragments to produce some angelic concoctions, that in the dark retraction of the room made my toes curl. Slightly shoegazery, she tapped into some magical narrative somewhere amidst all that loop/delay and capture trickery, something I’m eager to hear more of. 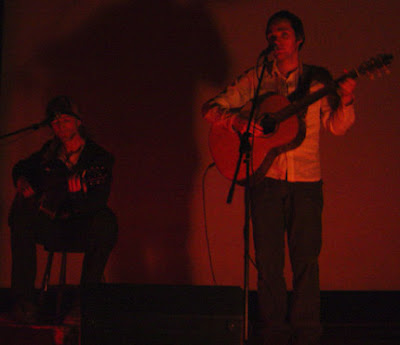 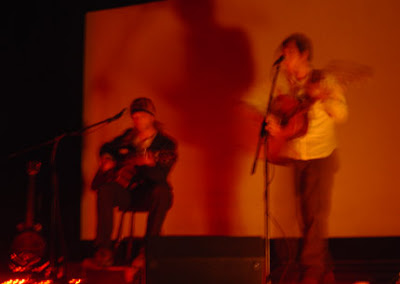 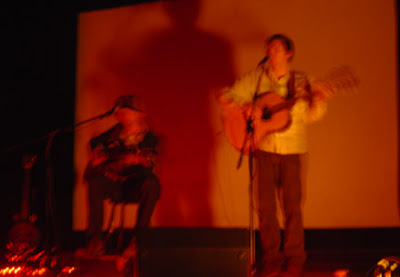 The School of Trobar were two absolutely superb guitarists, filling round each others spaces with interesting divisions. Loosely song based, the tracks really opened up in instrumental mode, a foot box echo supplying a simple but effective beat. Loved that warm slide guitar action too, continent crossing, as Indian inflexions melded with sprightly mountain string picking. 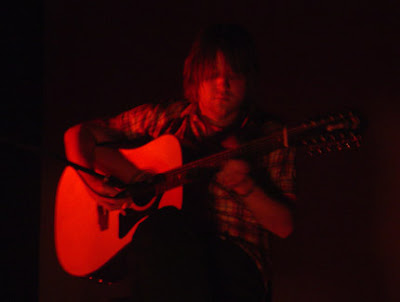 James Blackshaw’s set was wondrous, each track full of cosy reflection and contrasting casts of light – really complex stuff, so fluently rendered, with some relaxed chat between re-tunings. Found myself marvelling at his ability to make one guitar sound like 2 other people were playing simultaneously. His last trk was a blissful triangle of cross rhythms that were flung into different tempos, like a cat playing with a mouse – sorta reminiscent of Robbie Basho – really descriptive instrumentals sparkling with life. 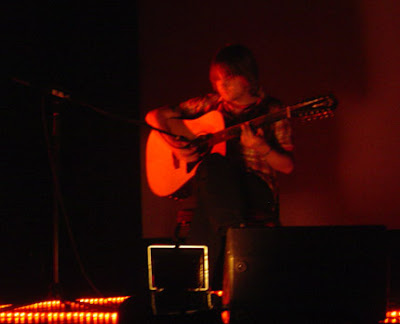 Go to my blog and see what are waiting for me this week!

Cloudboy said…
that gig sounds brilliant, nice to see 'de chat' branching out - remember to send us a few pics.

Unknown said…
This wedding is making me crazy!! This morning i was filling my guests' list hehehe

The gigs were FANTASTIC, mainly the Thursday's one! Very very good!