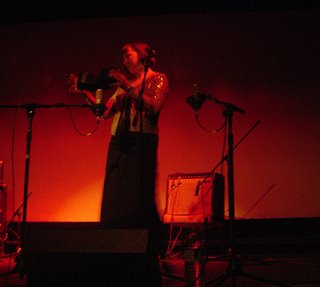 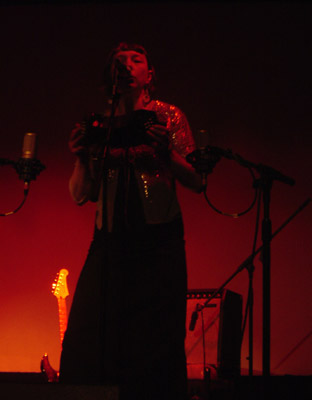 Pumajaw were bloody superb, coming at the genre of folk music sideways - with a kind of aesthetic that pulsed vitality, the combination of Pinkie’s undeniable operatics (boy her vocal range was just bewildering) and John’s foot tapping series of tight guitar loops and textures really throbbed with life dispelling any historical dowdiness.

Pinkie’s squeezebox sensibilities were great too, her body swaying minx-like to the rhythm. A lot of the current album was showcased, and what a pleasing selection it was… liked the addition of a neat electronic drum pad that chucked really pointed percussive echoes through the fabric of some of the tracks. The set crackled and simmered with confidence, and it was refreshing to see two 40(ish) musicians who’s creative lights were still burning so brightly. 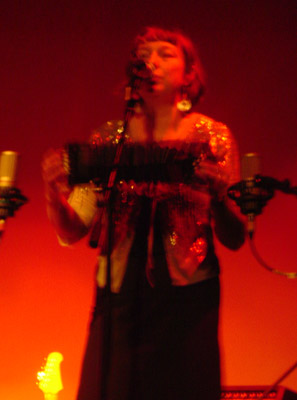 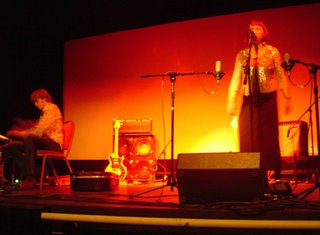 Older material crept in too and their live version of ‘the long way round’ was such a giddy delight that teetered on toppling into an abstract fuzz but thankfully never did. Always liked Pinkie (ever since the mid 80’s) and this latest incarnation is well worth checking out - simply marvellous … 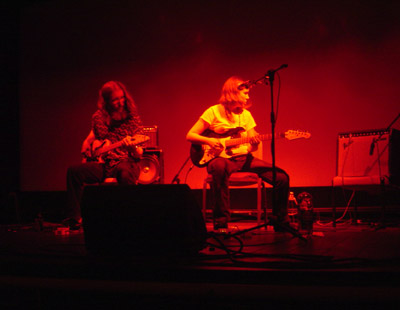 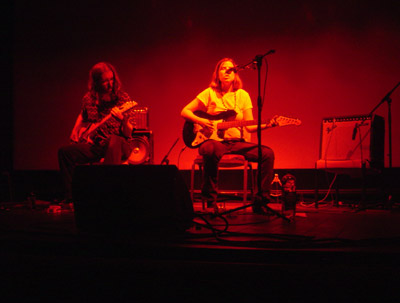 The main act, the Charalambides was a slight disappointment in comparison, guessing they were both feeling a bit travel wary. Don’t get me wrong there were real moments of transcendence during the set but every time the hypnotics of the rhythm were beginning to lull you over Tom would annoy the whole structure with a jarring riff or an over-complex journey up and down the fretboard that for the most part just wasn’t needed. 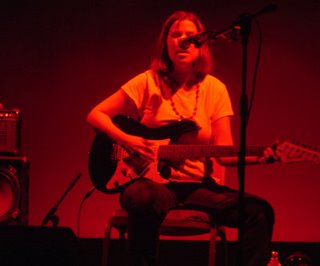 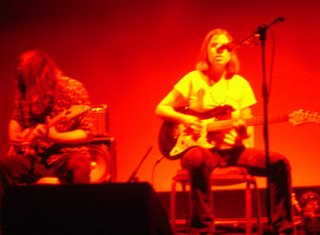 In fact when cohesion between the duo was present it was just as wonderful as the recordings I’ve heard. Tom (sporting a wicked beard not dissimilar to this Van Gogh painting) instinctively chased round his guitar, his fingers sometime feathering the lower bridge creating a tremendously dreamy affair a kin to the ripples of a heat haze. Loved the eccentric shapes he coaxed out of his guitar by tapping the neck or running his finger between the strings while Christina gently swept the cords or picked out a simple regularity to Tom’s exuberance. 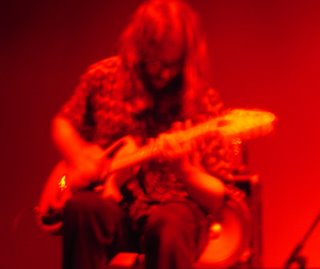 For the rest though the duo seemed not to be listening to each other enough, leading to a strange awkwardness hanging over the whole show. The fact that Christina’s normally sublime vocals failed to ignite in places made this more so. I think it was a pity her vocals weren’t reverbed on the night, as the repetitive lyrics would have positively glowed with a touch of ghosting.

Anyway I’m putting it down to an off day, something that definitely won’t be stopping me buying up their beautiful vibes in the future...

... starting with this gorgeous one by Christina Carter - Lace Heart (Pressing 300) 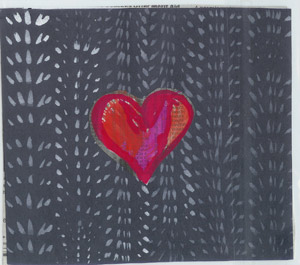 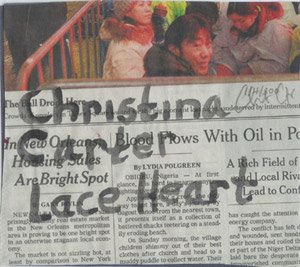 Anonymous said…
oooh haa...i'm jealous :) but i think mr. Carter's outburst are my main objection to the Charalambides anyway...One moment there is a really lovely build up of tension and then he does it again. Guitar heroics should be banned...to spandexhairmetalhell
Saturday, July 08, 2006

all that Santana was too distracting, but funnily enough it worked for a few of the songs – which was a strange experience indeed.

It was lovely to buy from Christina personally, although she wasn’t much of a sales person...

but then again why should she be, when the music speaks with such eloquence…
Saturday, July 08, 2006