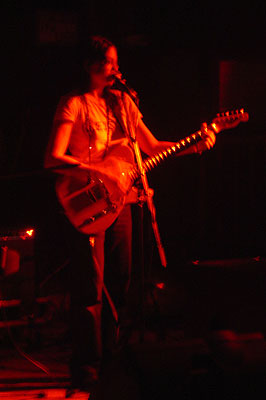 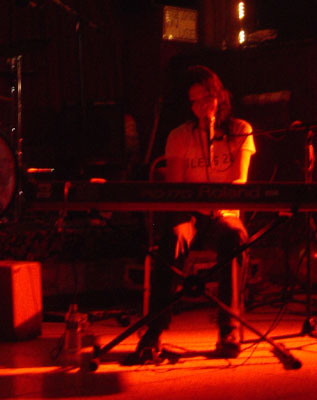 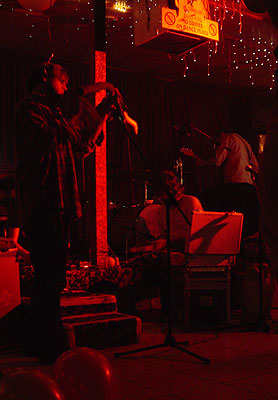 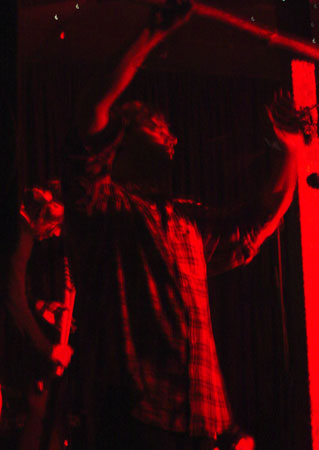 Sunburned Hand were wow, or should I say WOW!!!, five guitarists (one of who was Hush Arbors’ Keith Wood and I suspect that Ben was in there too), 1 sax, a tree branch, an unholy thicket of electronic trinkets and assorted clatter, all on a mission to bend the contents of your skull. There was so much going on, it’s really hard to capture in words, so I’ll just give you a verbal snap shot and suffice to say it was a corker of a performance.

Sort of began with a swirling of electronics and rippling guitar fuzz, the branch was rhythmical drummed mid air, bells clanking like a herd of phantom cows, the groaning strain accumulating in momentum to form some crippled melody that mutated into a free for all noisefest, shooting images like synaptic staples into yer head, the sax becoming a dying bird, the player’s elbows like amputated wings. This slowly died away to rapturous applause, to reappear as a riffing electro –splutter, sewn to a stumbling ‘kraut rock’ stagger that you just had to let your body move to. They hit a hypnotic hook and staying with it, murky vocals crept around the edges like mouldy fingers. As I said, WOW!!!.

And the news is out that Mrs Cloudboy’s now a convert too, comparing their sound to the trippy element she loved from the likes of the orb (she’s such a mushroom child, and I love her for it!) 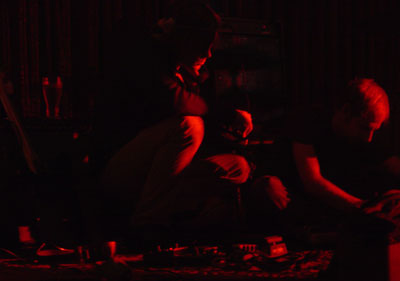 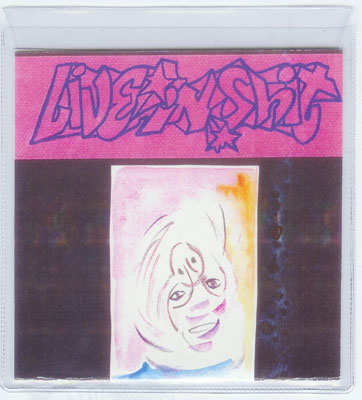 Check this track out for size, shape or whatever…
Sunburned Hand of Man - Beaver Fangs.mp3 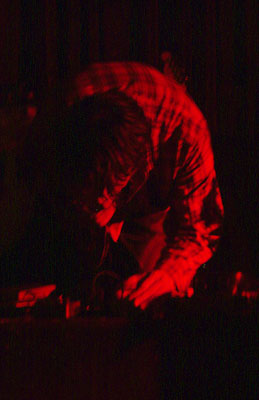 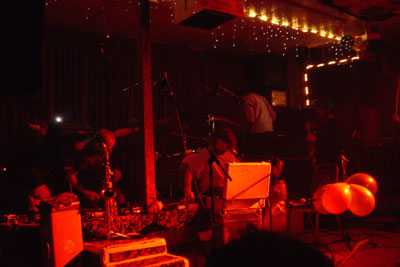 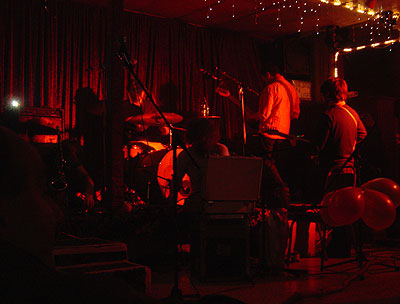 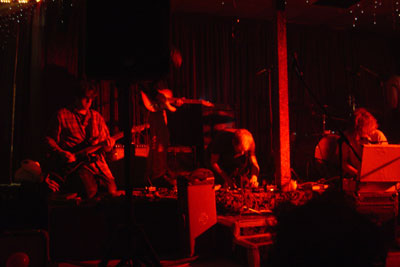 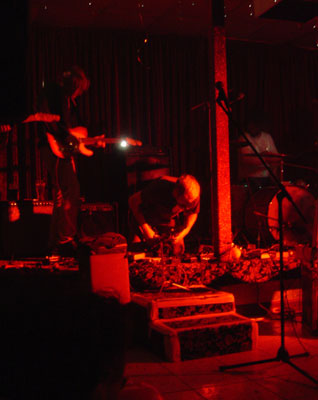 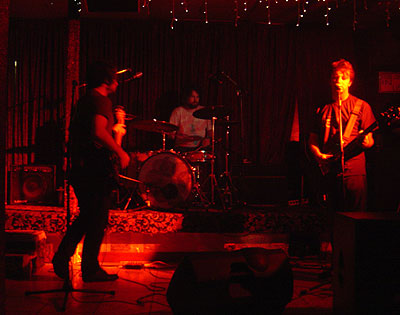 Six Organs of Admittance were more sedate on the whole, though there was some delightful guitar/bass explosions with the two guitars almost crashing into each other at one point. The line-up was Keith Wood on Bass, a member of Sunburned on drums (the curly haired one and sometime vocalist – must get his name one of these days) and Ben Chasny on vocals and lead guitar.

Didn’t know any of the songs, but that brew of heavy drums, cavernous bass, and darkly wrought cords worked for me, the main man’s vocals sweet nectar for the mind. Was a bit envious of Ben’s Sun 0 ))) guitar, the arcane scrawling of which caught the glint of stage lights in the semi darkness. 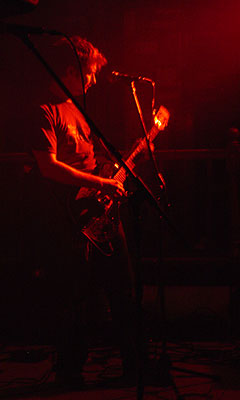 I am not Kek-w said…
"the curly haired one"...that'll be the Rev. John Maloney...drummer and self-proclaimed festival barker...
Monday, December 11, 2006

Cloudboy said…
groovy, thanks for that
Tuesday, December 12, 2006

Anonymous said…
thanks a lot for the good word on the sunburned and six organs set, hush is a member of sunburned as of february and will appear on our next 2 lps out around march, ben sat out the sunburned set. feels good to know some people had a good time. that cd live in shit is a straight concert recorded live through the sound desk, recorded in cleveland at the grog shop when we were on tour with fourtet. glad you like it, its one of my favorites. sunburned dave did the art. wounded eagle is Michael K. thanks a lot.

Cloudboy said…
thanks John, Sunburned Hand are definitely filling that musical vacuum that Coil left in me. Seen you guys three times now, and you're up there with the likes of NWW in my book, every release holding something new to cherish n explore.
Thursday, December 21, 2006