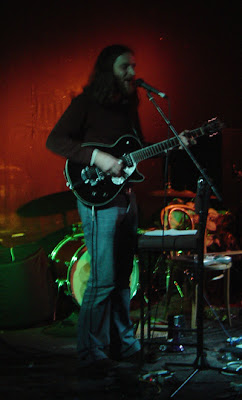 Ben Reynolds short set was 'scarred and drugged' blues showcasing some superb evenly balanced guitar work. The sound was nicely blurred around the edges by a chain of effects, but it was his harmonica / mic that really stole the show for me. Coming across like a battered 78 resurrection, the vocals under decades of dust left me with archaeological chills that fired sepia splinters into the cranium - delicious but far too short... liked those echoes of Chris Isaac’s slipping strings between each song... 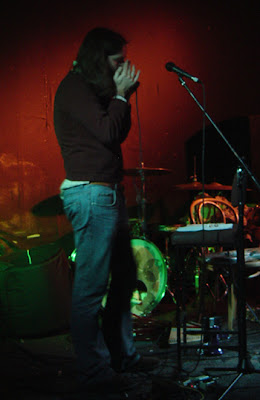 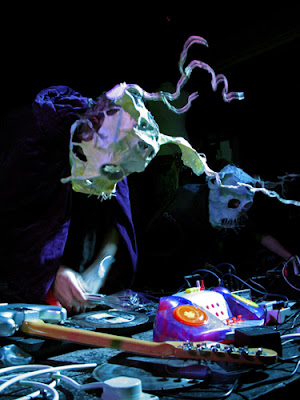 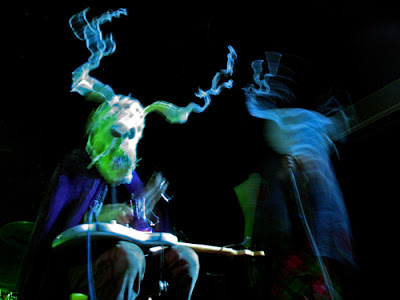 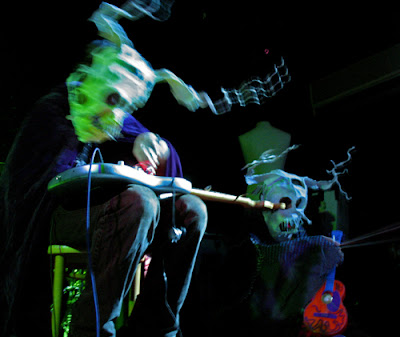 For our first proper outing we think it all went rather well, considering I kept losing the things I wanted to play and certainly judging by the applause we received. The 'Swineville' concept worked well in a live context with both of us getting carried away by the sound jigsaw we were assembling (over running by 10mins) - A harrowingly distended and warped version of our studio based tour CDr of the same name - A big thank you to everyone who bought one and are now enjoying that live / studio synaptic leakage / dis-connection sorta thing we are trying to articulate. 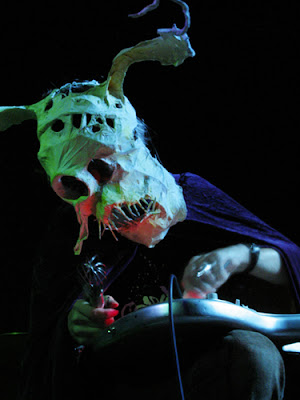 Lovely to meet up with Loki, Doppelganger (the canvas cyberman rules, man), Gutter and apologies to all for the lack of conversation I was a bag of nerves before the gig, and after bathed in a detached sense of myself, like some post gig zombie... or was that just relief? Special thanks also goes out to all the people who helped us on the night and the mighty Qu-Junktions for putting us on the same bill as ‘Sunburned’ 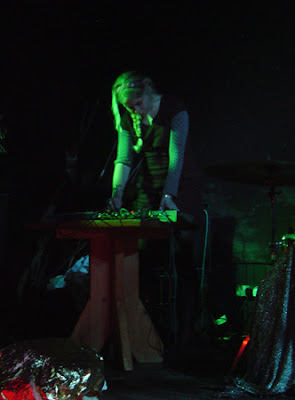 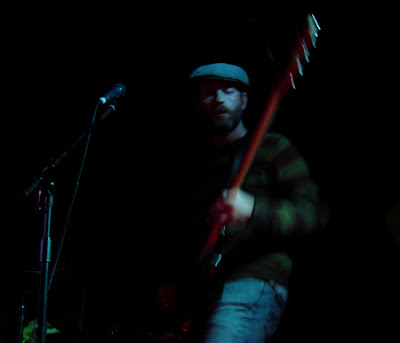 Sunburned were really tight and groovesome, the more chaotic elements reined in by taut rhythms. After an amazing opener that literally took off skyward, everything went strangely relaxed, and a golf based stream of consciousness soup lapped the ears as a bizarre fishing contest of stick, polystyrene heads and horse mask took place. 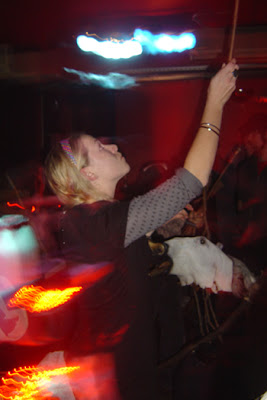 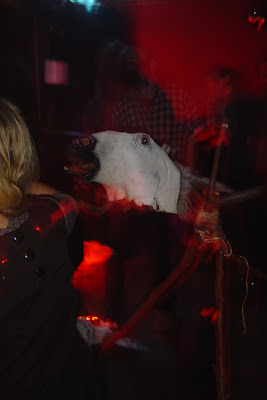 Guttural moans and vocal spasms charged the atmosphere as the beginnings of a tune were formed, like flecks of colour, oil on water dilating in thin slivers slowly gathering together then ooooomppph the baseline was hit upon and the rest followed around / inside the framework. It was a possessed knitting machine creating a pattern of electric blue and deep crimson that shimmered all over the place, each member seeing his/her own visual path, feeding off each other in the thick elastic of reparation, morphing in strange directions, in and out of focus like some mad tower of audio jelly trapped between dimensions. 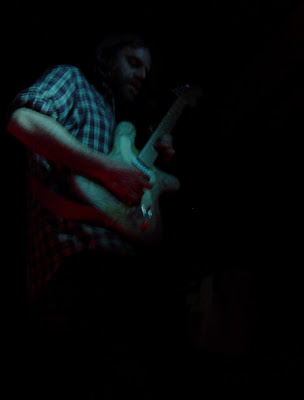 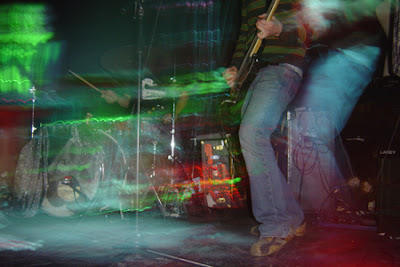 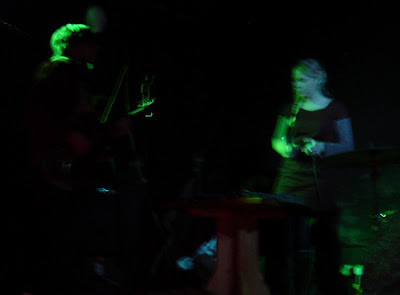 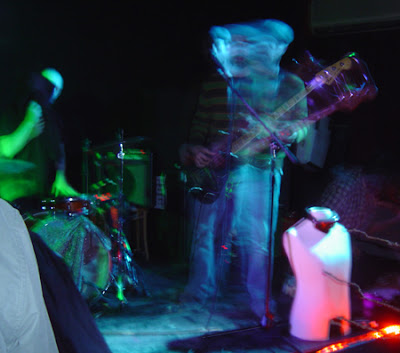 This band could have gone on like this all night as far as I’m concerned, burning their infectious groove all over your body, leaving you little choice other than to swing and lunge madly around in reply. KEK screamed into my ear ‘this is the best they have ever been’ and I agreed whole heartedly. Fucking awesome... 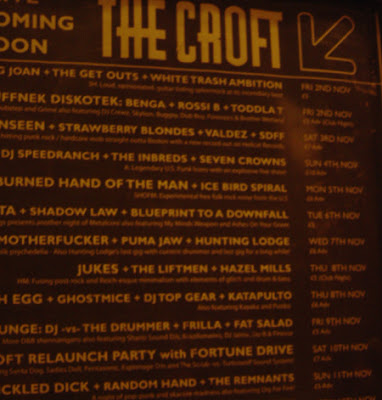 Anonymous said…
wooooeeeeeeeh... Looks good!!!... Eventhough you don´t look at all like I thought you would... I was under the impression you had a beard not uuuhm...antlers...

Anonymous said…
Well... You should take the Catapult Airlines daily shot to NL sometime... I know the perfect place where you could play...
Thursday, November 08, 2007

Cloudboy said…
oh, i fancy playing a crypt or something, it's the die hard goth in me i suppose... we shall spread our wings over the water soon enough, but i fear we may not get through security with what we call hand luggage. Jeez, Neubauten must have a real headache.
Sunday, November 11, 2007