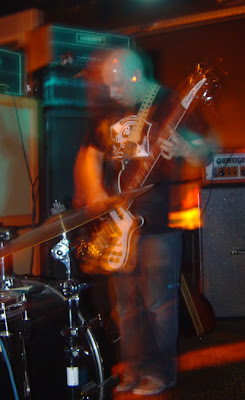 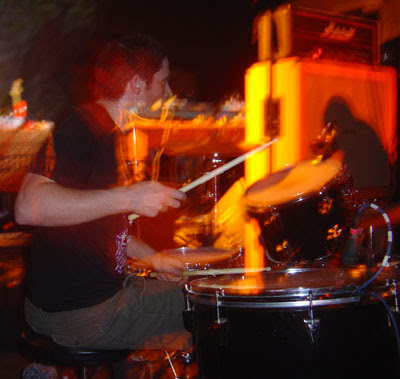 That buzzing tower of amp-age shook my ear plugs clean out, some serious decibel misuse was a foot, The New Big Naturals, provisionally called Gareth and Jess ( or were they called The Banking Elite???), rocked a hard nailed rock/doom fusion, a flesh shaking scene with incendiary edgings fizzing out on quaking slammed skins… Scorching stuff, the girls in front of me were jerking their stuff, making me regret my recent haircut... this music really needed lengthy strands of appreciation flying wild. Joe was in his element… Kek disappeared into the darkness and Yatesbury Paul (an enigma to himself) was snoozing in the corner as I moved closer to the action… The floor was literally jumping, curled around copious amounts of biting feedback… the set ended, with Gareth slamming the bass into the amp and churning the results with his myriad of fx units… a showdown of candid loop-ology and squealing circuits… A Burroughs cut-up cackling at our limpit faces. This band came with a 100% satisfaction guarantee - brilliant stuff! 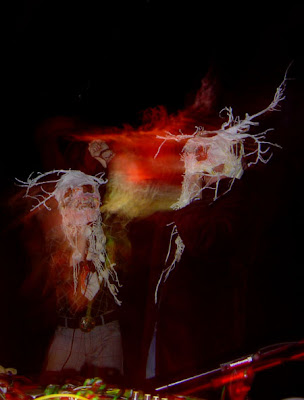 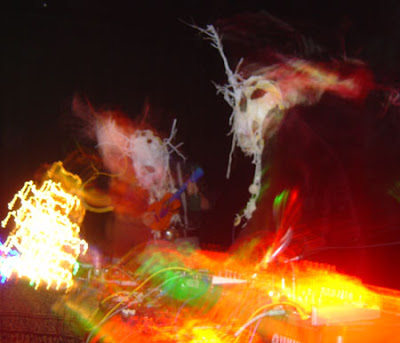 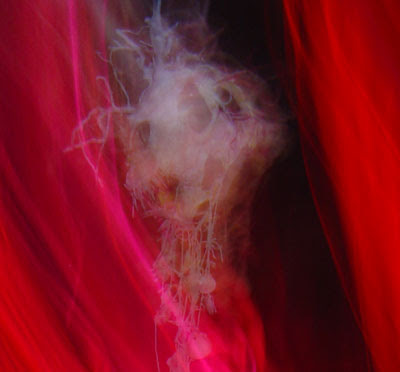 Adhesive Dan of Merge in Movement was recruited as IBS roadie extra, having wanted to check our live incarnation out for some time; he’s a talented musician who’ll be featuring on some new tracks we're concocting, but tonight he was on video duty… he was responsible for that lovely u-tubed IBS frottage in the previous posts… top geezer… 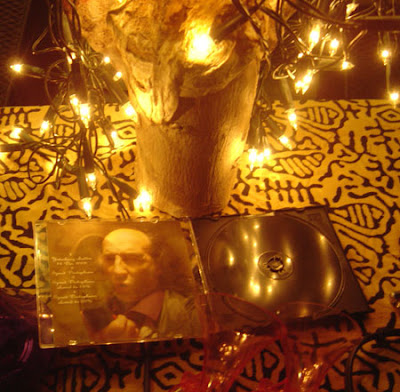 Our show turned out to be pretty mental, Yatesbury Paul’s inlay card was the inspiration or shrine, a Madonna of wire hair and ivory, a smidgen of his latest recording finding it’s way into the show. I’m happy that I finally got the violin in on the action… sounded like the death throes of some barnacled leviathan... Also, a few jousting moments between Kek and I materialised... it was demonic rutting season after all… The Croft’s resident soundman did a fabulous job of keeping our feedback soup in check, hats off to yr man. 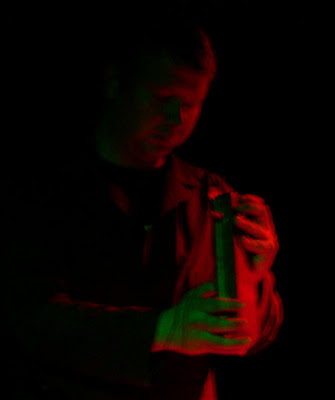 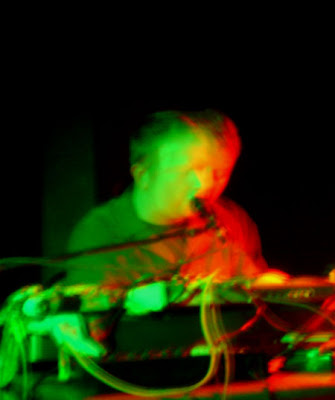 The best was definitely saved till last though; with Burial Hex living up to his moniker, big stylee… like an unwritten horror score, etched in seismic friction and deep-wrought grumbles, the music seemed to flow straight from the edge of some gaping chasm - no joke! The keyboard work was exquisite, dripping in dread, accompanied by a vox that seemed to linger in the realm of the possessed, claiming the darkness surrounding us in a eerie majesty. As the set developed, the sound swung in favour of power-electronics, but never lost that neo-occultist vibe…as he gouged out a staggered coda convulsion of scream and recoiled flash…At this point, I was lost in the dynamics, taking automatic pics mid-sway- a few make the grade… I really didn’t want this to end… 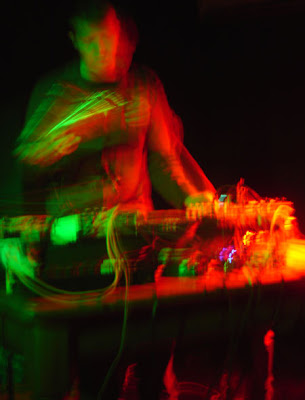 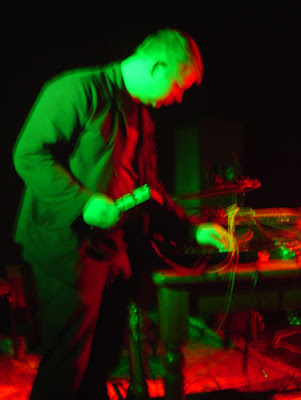 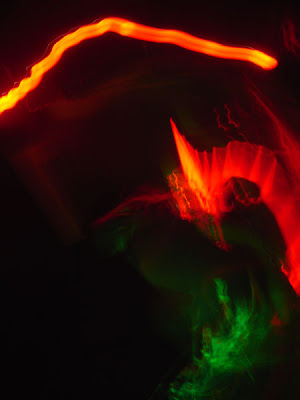 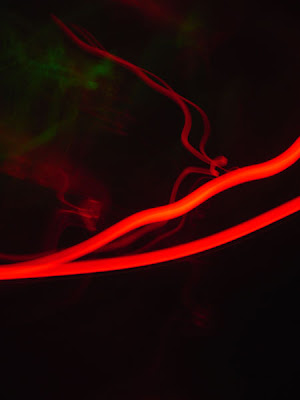 retreated backwards into a haze of sulphurous smoke...