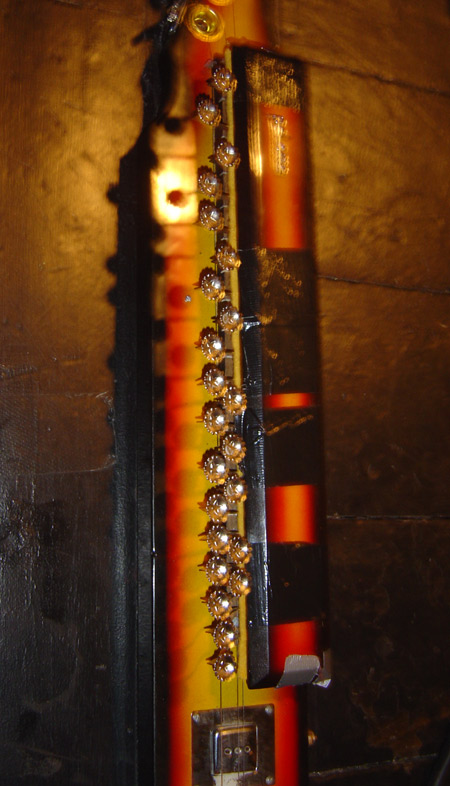 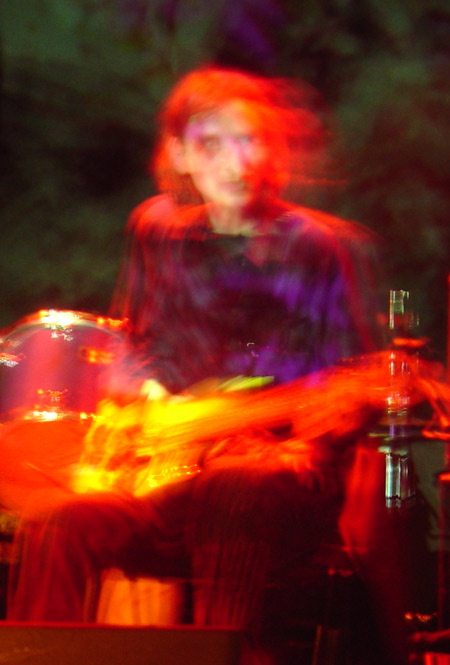 MV + EE were a lot more metallic than when I last caught them, under the eaves of the Wyrd Barn… plenty of swerving guitar chases and Hendrix underscores, colour you could swim in… That burning banjo / tarang showdown giving you a good shakin… A fragment of the film backdrop, looking doglike, jaw's transformed into falling feather limbs…The Doozer suppling some beautiful harmonica at one point. 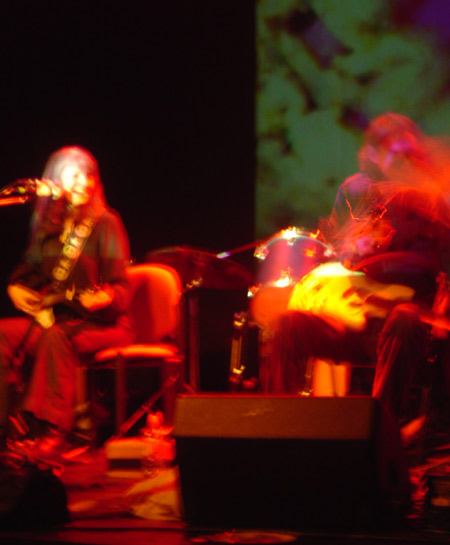 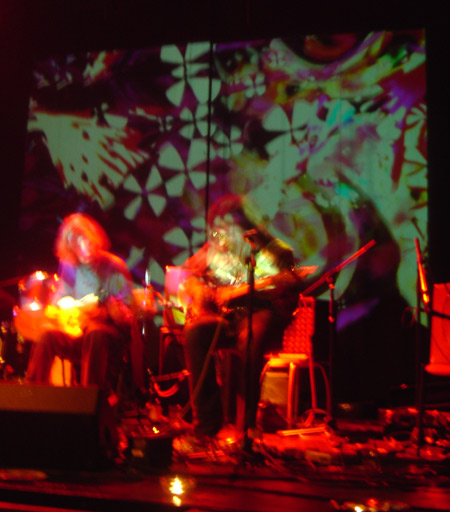 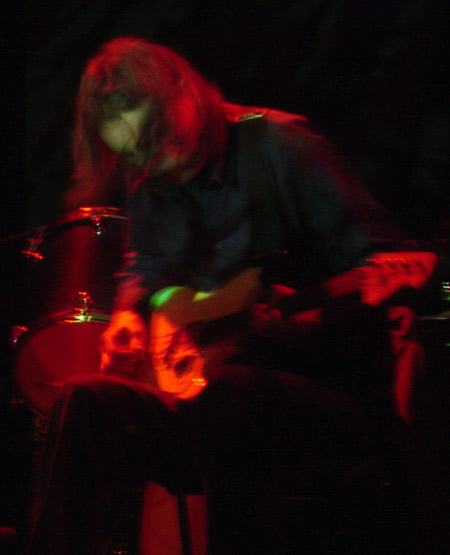 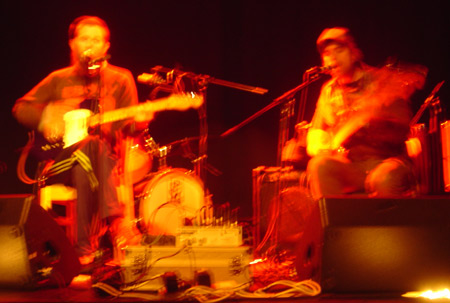 Earlier on, The Doozer was spinning out all Syd Barrett-esque, sixties counter-culture…then Mick Flower and Matt Valentine joined in, churning it up into a Tower Recordings low-down that left your lips struggling for the right syllables… 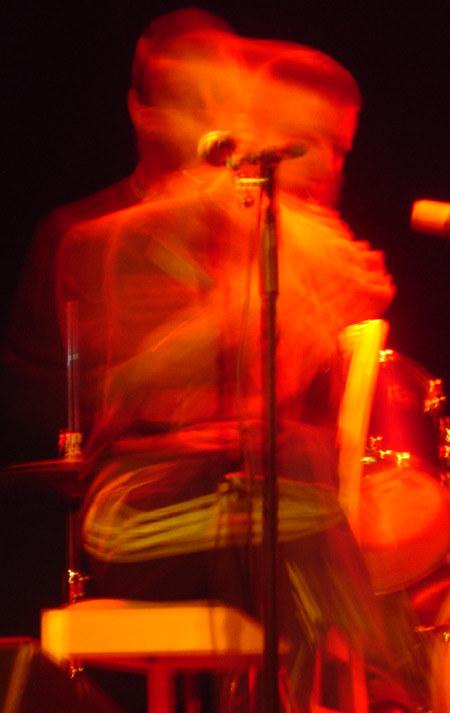 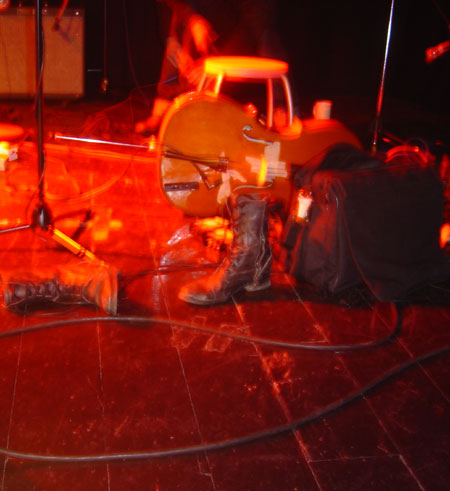 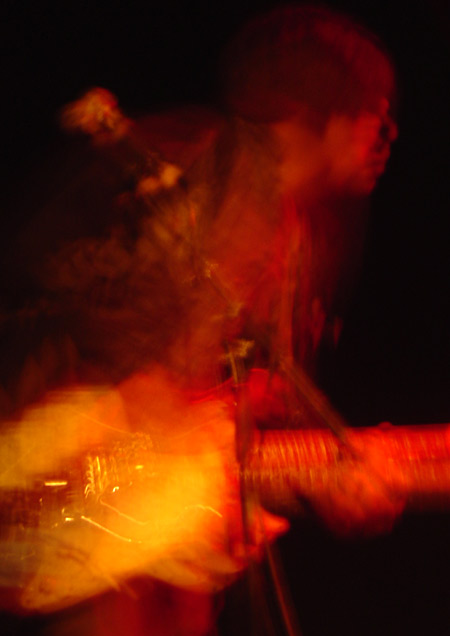 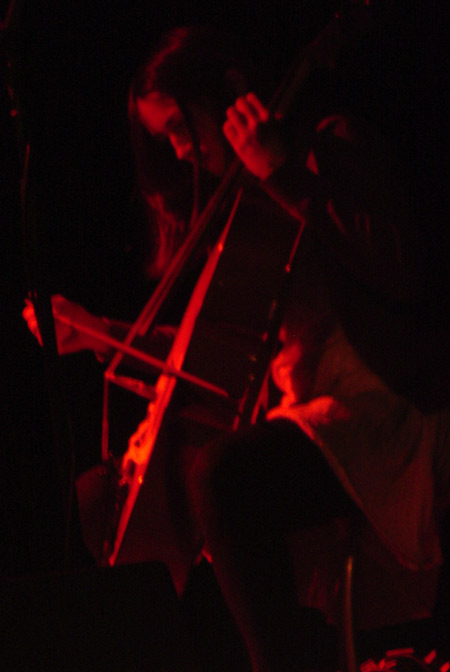 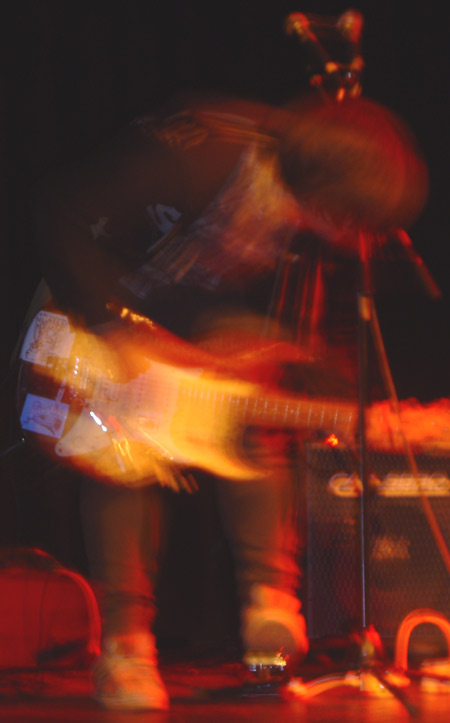 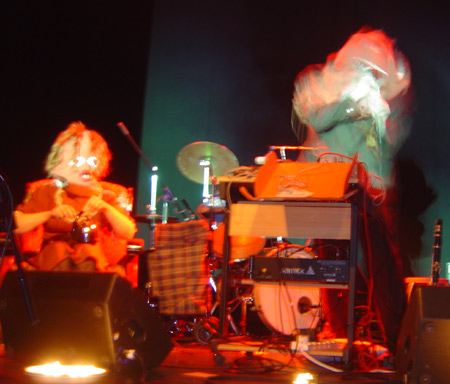 Kidshirt's set was seventies nostalgia gone all erroneous and mildewed… Nice to see obsessions so vividly expressed... Kek and his wife sporting some semi-creepy/comical sack cloth head-wares, an endless parade of spooked visuals curdling behind them… The music, psycho-smears a plenty with a few broken dub beats falling out drunkenly, sending my head all wobbly plastic Buddha. Paul's head slumped at right angles suitably comatosed by it all. Caught Chris (Kek’s Wife) on the way out, she reassured me that he was taking her somewhere REALLY REALLY special next year…

Other highlights were of the singer/songwriter vein, something I love but have difficultly writing about, especially when they give me so many sketchbook cravings... pity the Family Elan couldn't make it...

...Another great night from the Qu-junktions posse, one of stick on monsters and rambling wordy cuffs… rib tickles, tuna sandwiches that tasted like cucumber… and a jangly pocket given over to Haiti.