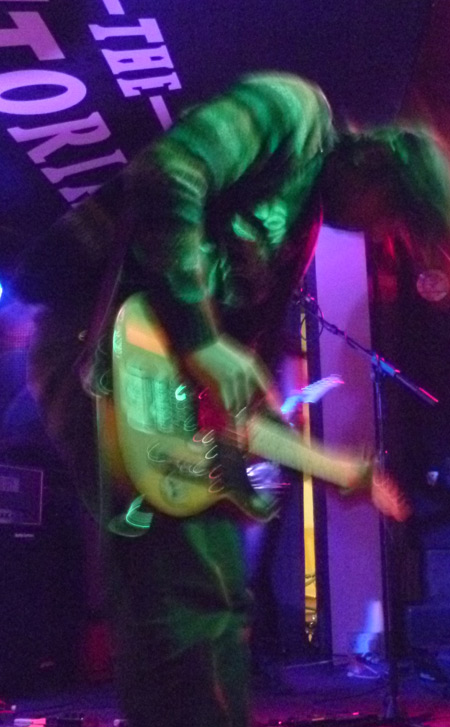 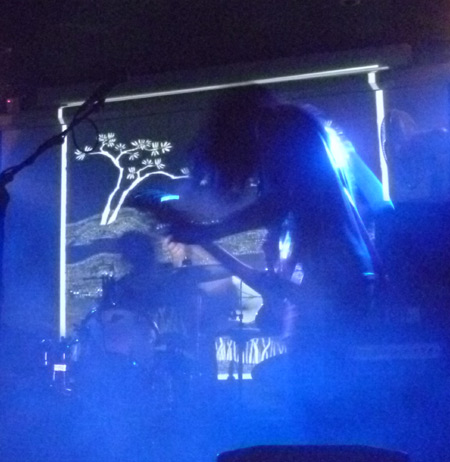 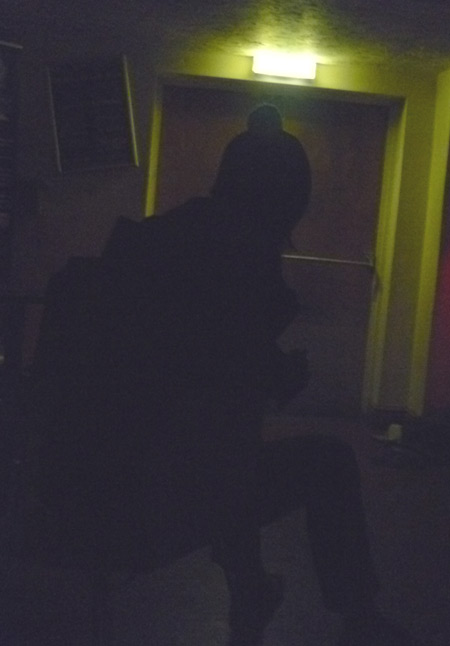 ...shifting swifty to lighter melodies, and painted tomorrows. Dictaphone on the pick-ups, like half erased memories, both guitars building in intensity then relishing the violent release. Guy's pneumatic hammers carving up a stampede of a finale ... leaving him hunched over his kit, completely knackered as Charlie n Deej conjured the embers of the night into a spinning collapse... 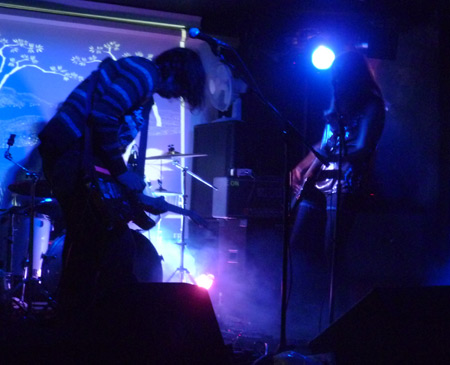 You can draw comparisons from everywhere to describe the magic these three create, that mix of joyful fury and intoxicating grace rides out on so many influences, but that Thought Forms chemistry remains utterly unique... 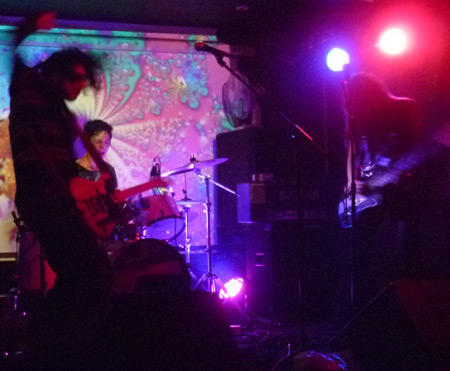 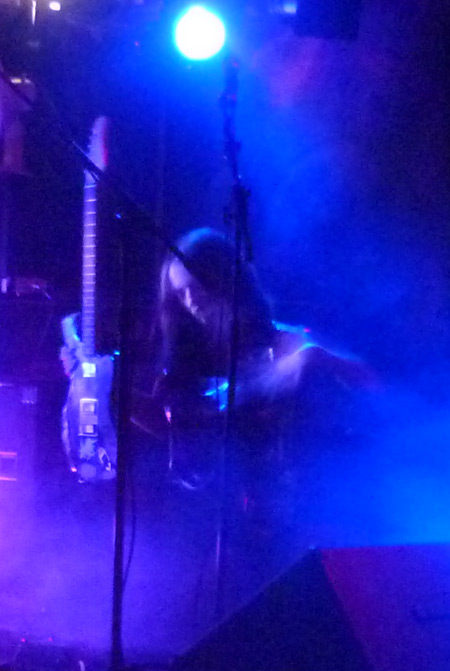 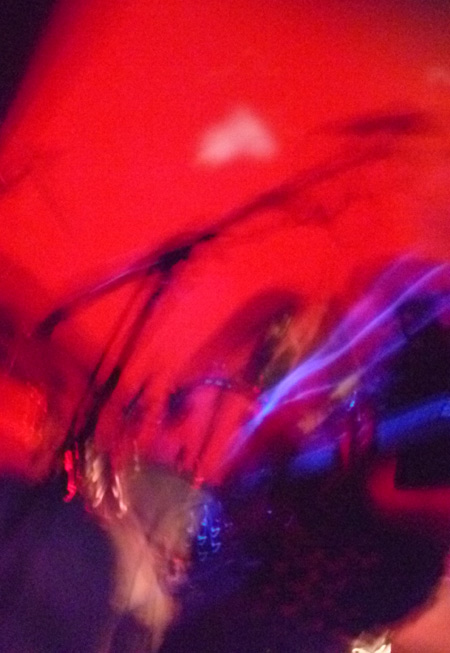 The Dutch Labasheeda were headlining, Joe was loving that souped up Bettie Serveert parallel... for me, it took a few songs in to completely dig the vibe, but by the time the violin was cutting the action into tasty echoes I was really hooked... crouched in the corner scribbling along... my biro dancing to that aggressive riffery they continued to ply. A welcome change from the cover version norm of this town 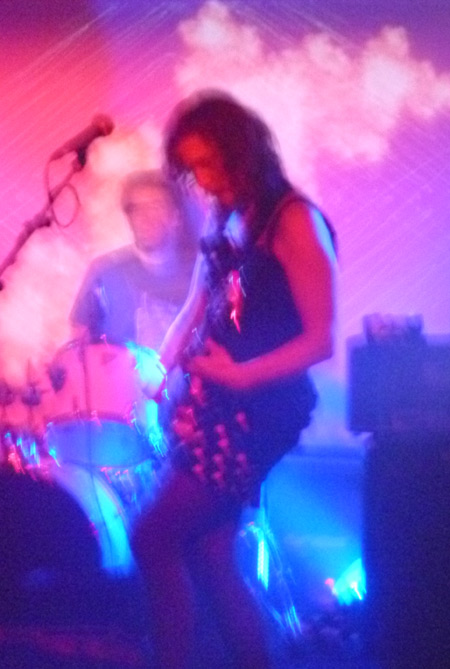 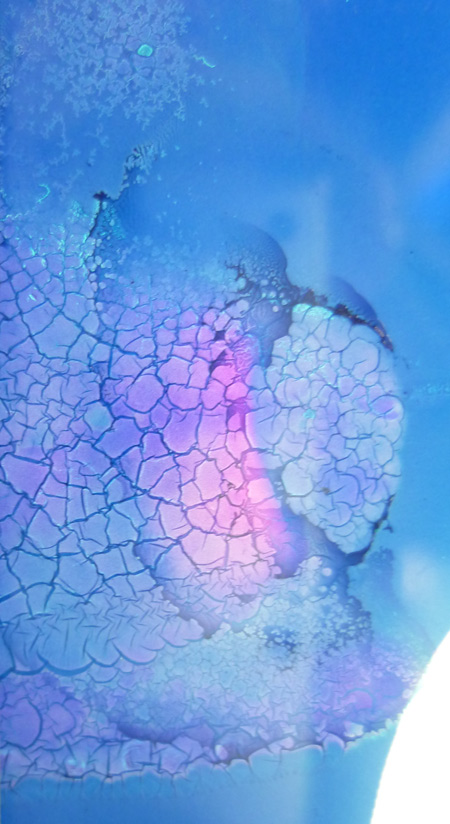 thanks for coming down cloudy...