Review : Tarentel – We Move Through Weather 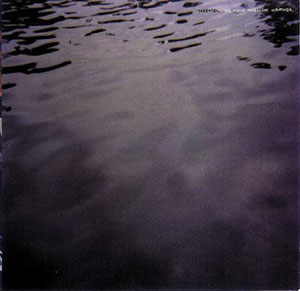 Tarentel – We move through weather double LP on Temporary Residence.

Hello we move through weather.mp3

Tarentel are an interesting instrumental collective who have been releasing sprawling, meandering and at times un-nerving recordings on Temp-Residence / Static Caravan for the last seven or so years. This one has been out for a year or so, but I have only just uncovered it. A slight change in the core line-up and a reduction in the number of players has made for a narrower, more compressed sound.

Although song duration is still there at times, the breadth and scope are lacking compared to their 1999 masterpiece Bone & Satellite. Perhaps it is just that sparser sound is fuelling their thinking at the moment.

Half of the eight tracks are 15 minute repetitive drum patterns with either sparse guitar lines or other sounds, some manufactured by their own invention the 'tabletop', which appears to string tape-decks, turntables and other sound generating devices together. These drifting tracks do seem to evoke train travel and looking out across a rolling plain watching weather patterns forming and inexorably enveloping you.

In other places Elephant shoes finds dirgey clarinet scattered over ambient noise. Interestingly, you gain more from it at every listen , the subtle shifts in dynamics where little appears to be occurring , though the whole pitch of a track is gradually increasing until the sound fills your head, then abruptly stops with a low register taking it’s place.

At times the drums evoke PIL’s 'Flowers of Romance' , the unusual rhythm of Bump Past, Cut Up Through Windows is only joined by select piano notes and random bass clarinet tones. The overall effect is enervating and at odds with some of the more testing tracks, such as the succeeding one Everywhere The Damn Echo, a series of apparently random noises, tape squeal, clarinet, found sounds all linked by the under the radar sounds of what appears to be bagpipes. Other mysterious Eastern sounding reed instruments are enlisted, the whole thing becoming an odd cauldron of sound. 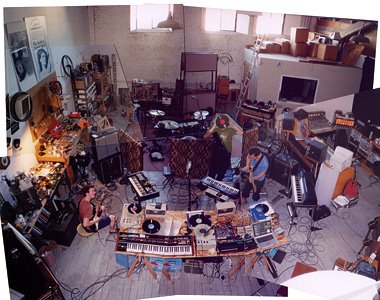 The album closes with one of the epic cross-country train tracks, a circular guitar motif haunting the the track like a buffeting wind. Quickly all sounds drop and the slow build-up starts a new, the guitar weaving a subtly different shape. Further in storm clouds gather on the horizon and the atmosphere changes again.

It’s the duration of the tracks that enables them to build and it really does make for a fascinating, hypnotic listen. For fans of drawn-out , experimental post-rock this is quite a treat.