Riff Bar is a lovely pub based venue set in the Wiltshire countryside that’s already generating a name for itself in the rock/local band fraternity. I don’t think the likes of Circle will be here just yet but they’ve introduced a ‘Special Night’ feature to their roster which shows a promising step in the right direction. So cancelling our plans to see the Magik Markers and F#ckbuttons in Bristol we made our way to Riffs instead.

Thomas Truax was wonderful, imparting his zany wit with the aid of a gorgeous ‘Resonator’ guitar which shone in the stage lights beautifully, and an odd ball collection of homemade ‘Heath Robinson’ type instruments that were true show stealers. (Thanks to Comrade Baarsinski of the Netherlands for the hot tip) 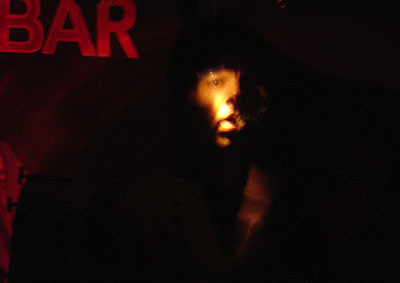 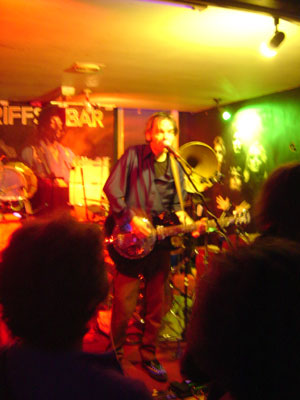 Wow - what a start and when the lights returned Traux started up Sister Spinster - his clattery drum machine which accompanied him on guitar for a couple of hilarious songs. He adjusted the spokes of this contraption to create different drum patterns, his voice crooning and punctuating the comicalness with some choice faces. The guy’s observations and flights of fantasy were great, playfully springing around his fantastic guitar style. 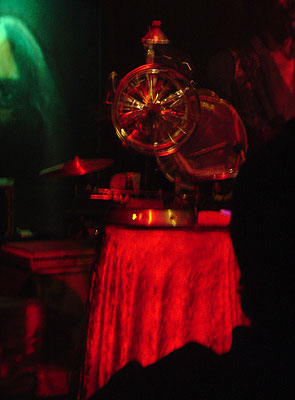 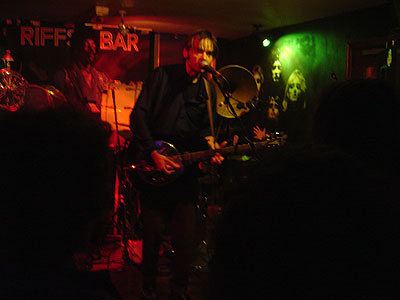 When he employed a battery operated fan to the strings, a sinister dulcimer like sound filled the place, its eerie flutterings complimenting the songs ‘butterfly’ subject matter. Totally captivating and it added to the surreal nature of the song with its audio spookiness.

The Butterfly And The Entomologist (dwld expired) from Audio Addition
and if you enjoy this why not buy it from here.

Escape from the Orphanage from Full Moon Over Wowtown

Later, unplugged, Truax went acoustic and wondered round the pub, to audience giggles, bestowing the virtues of ‘Wowland’, he disappeared at one point to reappear behind the bar howling at the ceiling – what a showman. 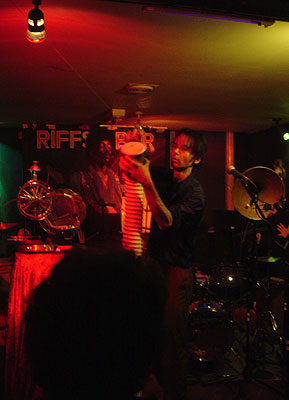 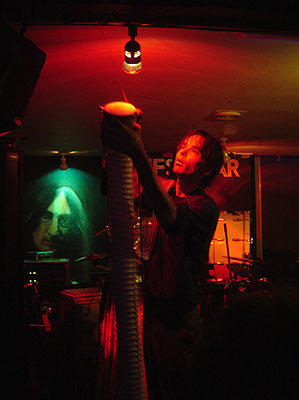 On returning to the stage he then pulled out another one of his devices - the name of which unfortunately has escaped me. It consisted of dryer tubing attached to a bongo drum with all manner of sound producing trinkets wired around. Shouted into, banged, the small toys rattling / clattered periodically and at one point the drum was suspended by a string from the rafters for it to be plucked like a guitar. Each one of these sounds was captured and reworked into the song until it was a patchwork of ‘Hillbilly’ madness - brilliant. It was a shame his set had to end, for this man was entertainment personified and stunningly original with a maverick / inventive style that left us all with the widest of smiles. 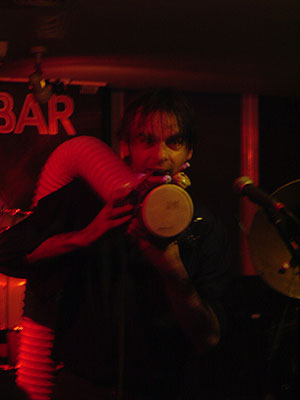 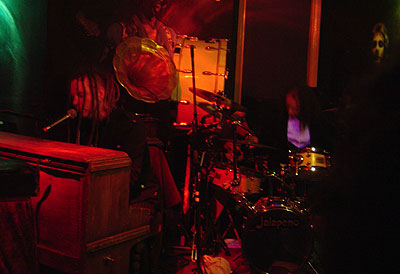 Duke Special – was a piano/percussion based duo who played their instruments with plenty of energy, their songs were more conventional than Thomas Truax but miles more explosive than their online studio tracks demonstrate. Boy that drummer created a huge sound as the lead vocalist hit the keyboard, his vocals all creamy silk slipping on through, a slight Irish accent curling warmly round the lyrics. Whisks, graters, sound-boxes and a nifty custom-made beating stick were deployed throughout the set and at one point a vintage harmonium slowed the paced of the set down a notch or two. 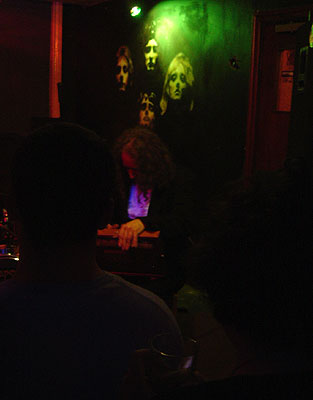 Mr Olivetti (the vinyl junkie he is) bought a 78rpm ten inch as a memento (he despises the CD format), me Truax’s latest and we both made our way home while the Duke could still be heard from outside covering that famous ‘Buggles’ single.