It was lovely to be back at Seymours, if somewhat saddened by spying a management note it was due to close in early January, I knew it was due to disappear back in August but this sort of thing brought it all home. Accompanied by Mr Olivetti and Avantgarde Man we arrived early, actually walking in on the band’s tune-up. Realising this, we killed a bit of time at the bar, playing a highly competitive game of table top football, where I developed a wicked spin technique that won some amazingly fluky goals. The gig wasn’t really well attended, only 30+ people turned up - probably a combination of it being a Monday and shite weather, but this just added to the warm and intimate atmosphere. 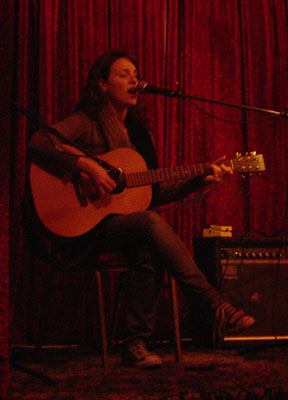 Morvern Callar was first up, playing a few tunes on her acoustic guitar. She was a great singer/songwriter with a breezy guitar style and sweet delivery, keeping a wry smile through-out her set, obviously enjoying every single minute. Amongst the songs she did, was one about her Scottish homeland, its lilting rhythm was cut across by some exaggerated sighs/ breaths matched by some equally fabulous fret sweeping, as if Larkin inspired. Larkin Grimm joined her for the last song, supplying an excellent bit of harmonising, something they both were practising in the sound check before the show, a delightful serenade. 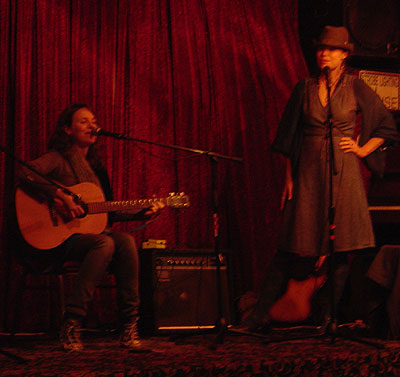 Viking Moses, taken by the fact an old piano was at hand, dedicated most of his set to it, even though he did confess he couldn’t play one! Guess the 3 hrs of practicing before the show had helped him greatly. Although a bit rickety in places he was using the instrument sparsely and inventively enough to weave his troubadour magic. His sense of humour between songs was a killer too. Keeping a rhythm by hitting the piano side and tapping his foot, his other hand picked out the keys, while his voice veered into some dark territory as if possessed. 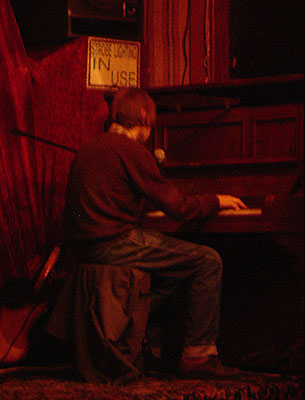 Switching to his electric he finished off his set, his guitar playing an ingenious blend of percussion and finger picking, those vocals reaching for the darkest regions of your brain. 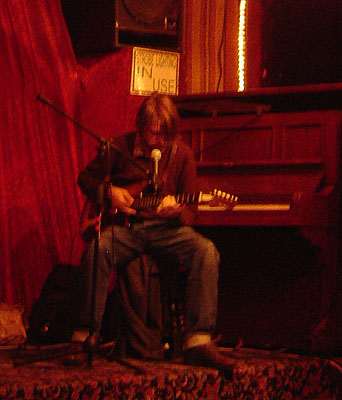 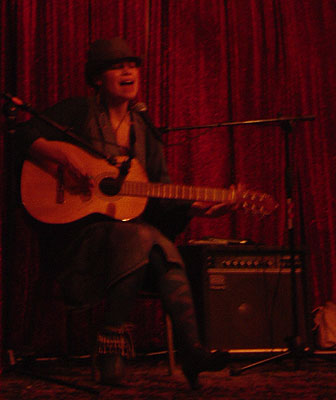 Larkin Grimm started off her set with my favourite track of 2006, ‘The Last Tree’ (off her recent 'Secret Eye' release). Great finding out that it was written for Devendra Banhart to give him a sense of perspective. Lots of her new album was showcased plus some extra delights from her debut. Live, the lyrics seemed to be expanded on, reading like mini-novels, her symbolism more vivid and boy that voice was incredible. Her playing was very sparkly with semi-static inflections that twanged with that old country vibe. 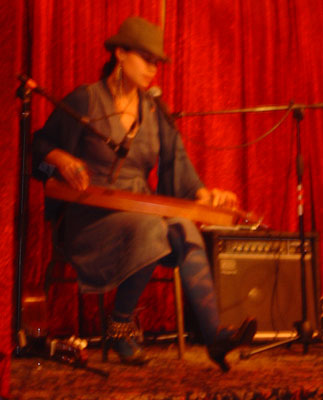 When she switched to the dulcimer, her long fingers were bewitching as they filled the room with an exotic Indian raga, the slide of her other hand producing a strange country hybrid. She did a few tracks I didn’t recognise, one about flying on a dead owl, full of native American imagery and one of which was a ancient Bulgarian folksong, in which her vocals were reminiscent of the esoteric qualities of Lisa Gerrard (Dead Can Dance), the alien tongue making strange shapes in the air. 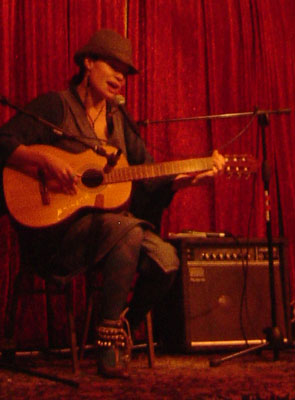 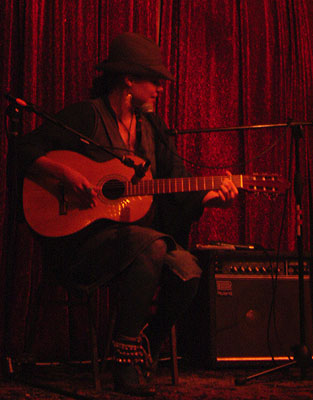 Mr Olivetti demanded an encore, which came in the shape of an audience participation version of 'there is a giant panther' with Larkin in accapello mode to our singing of the repeated line 'Where is the light?'. What a great end. 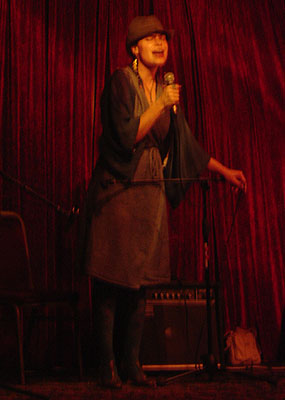