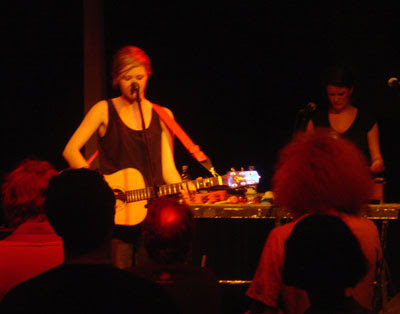 This was the support act but unfortunately didn't catch the name, lovely acoustic action with delicate vocals 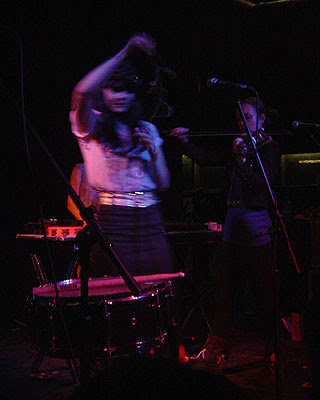 Yes, the secrets out - I like Bat for Lashes. They’re maybe more commercial than the usual weird / psych / noise stuff I generally listen to, but there’s an interesting kookiness to their eclectic sound and I really dig those girly lyrics, sort of contented with a twist of fantasy.

When Mr Olivetti said he’d booked some tickets I was mildly curious as to how the band would pan out live. I imagined them to be a quiet, introverted lot with the odd nervous smile, but to my surprise they were excellently souped up soundwise, full of energy, with beaming smiles all round. They had a great rapour with the audience. Liked the way the four of them comfortably swapped instruments throughout the show, it reminded me of early ‘James’ before they discovered the baggy bandwagon. 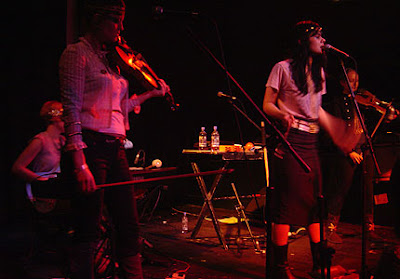 Anyways, their debut album was taken in sketch form, with the four of them replacing the studio polish for plenty of radiant live colour, in the form of heavy drums, churning guitars, woeful violins, handclaps (a much neglected instrument), and assorted jingley janglies. Their live working of ‘Sarah’ was particularly awesome, Natasha employed a thump stick, giving the song a punctured voodoo vibe, with nasty guitar etching a scuzzy crosshatch. A real sexy potion coupled with those deep vocals from the lovely Natasha and boy her voice was just superb. 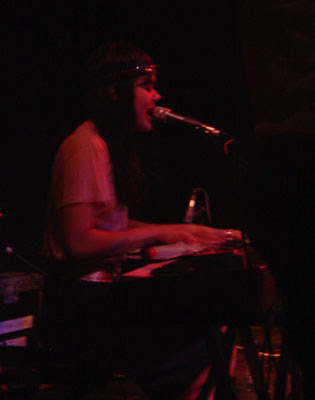 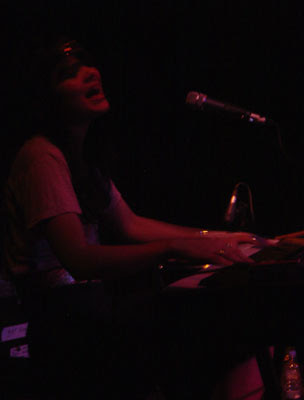 On other tunes, the light military snare or a booming Gunter Grass bass drum were employed to great effect and with respect to the latter the instrument sometimes comically dwarfed the performer. The accompanying music box textures, and dulcimer shimmers (always a sucker for a bit of dulcimer) of the slushier tracks really sprinkled the fairy dust, they even started their set with a Nico cover, now cool is that!

Riding back through the streets of Bristol, the Bat for Lashes soundtrack suited the nocturnal landscape as silhouettes of prostitutes, shivered in the sulphurous glow of street lamps. 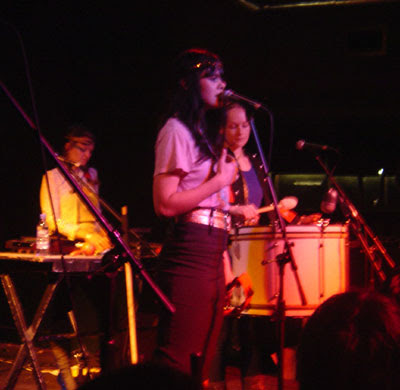 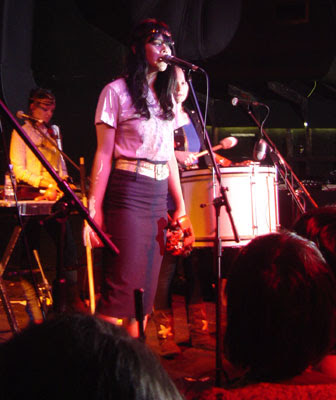 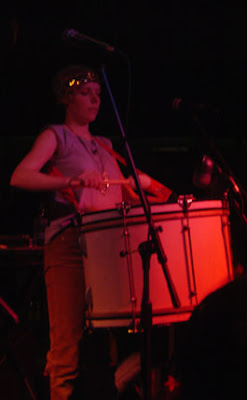 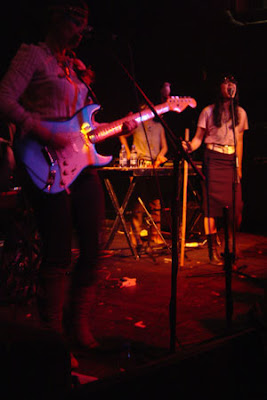 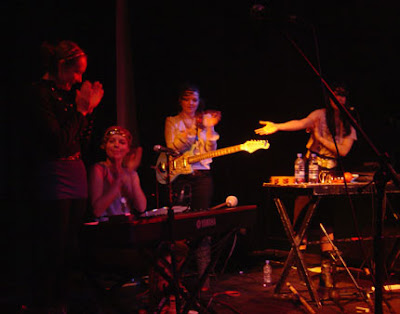 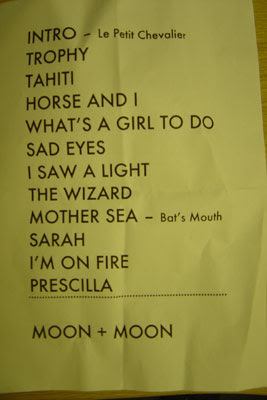