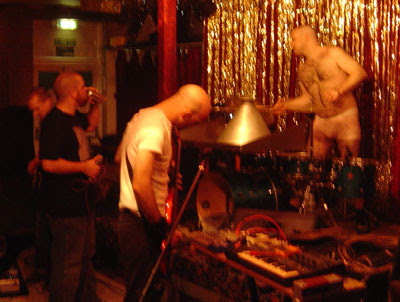 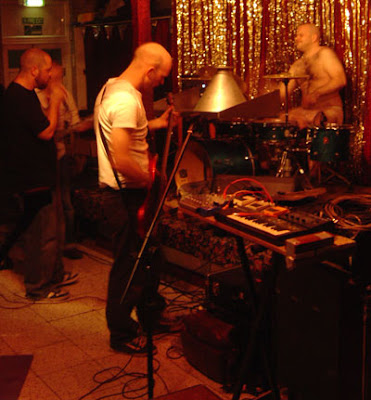 Hunting Lodge was an ear-splitting mixture of meaty drums, scuzzy guitars, and vocal murk. The drummer, stripped down to his underwear, thumped his skins in tight explosive rhythms. The rest of the band seemed to gather in homage to his prowess, as he led the sound in pounding muscle - heavy, unstoppable. Crippled guitar lines fractured in sporadic outbursts around the beats. The vocalist’s semi-abstract slurred growl adding to the luscious ugliness. I’ve seen this lot twice before here and here and they just get better with every outing. 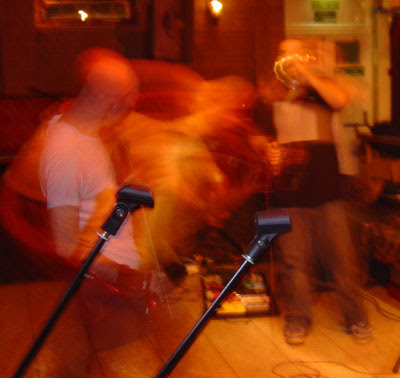 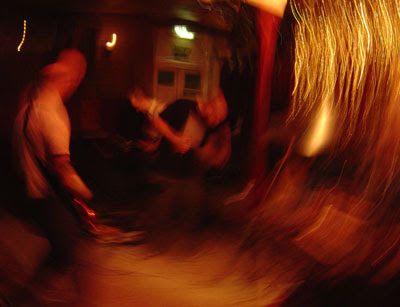 Next up were the ‘Tight Meat Duo’- a sax /percussion twosome from Glasgow, featuring free drummer Alex Nielson and David Keenan (of Telstar Ponies fame and Volcanic one) on sax. Drums and sax worked against, then with each other in a giddy tide of sound graffiti, bagging plenty of punch. Keenan’s knees were permanently bent as he forced squalling shapes through the air. Alex employed an amazing array of toys to add to the percussive assault – the kinda Jazz I like, primitive earthy and fucking loud. 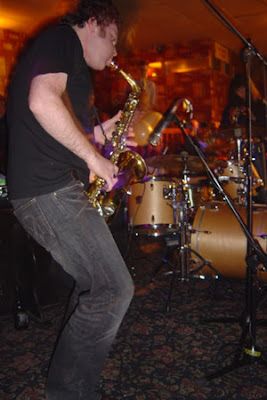 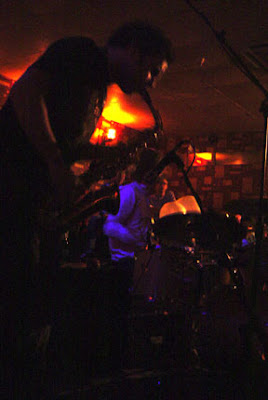 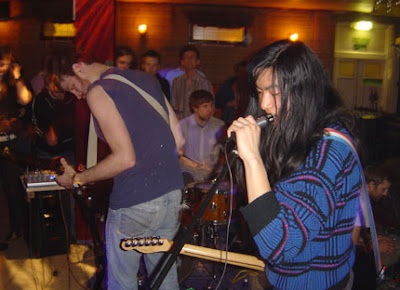 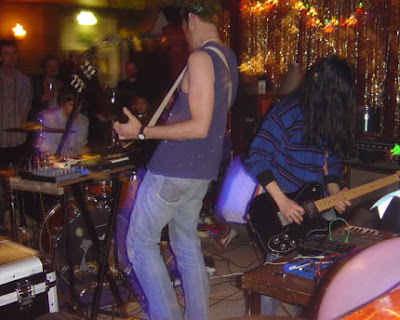 Finally Raccoo-oo-oon took to the floor; they were infinitely more ballistic than I’d expected them to be. Their effects soaked sound was tremendously full on, riddled with raw rhythmic hooks and mangled tribal vibes, with two drummers supplying the necessary impetus for the electronic/feedback thicket. According to Shawn, they were showcasing stuff off the soon to be released Behold Secret Kingdom album and bloody first-rate it was too, a fitting send-off to a cracking venue.

... may those yuppy inheritors choke on their pre-packaged lives. 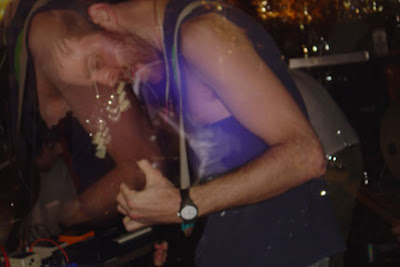 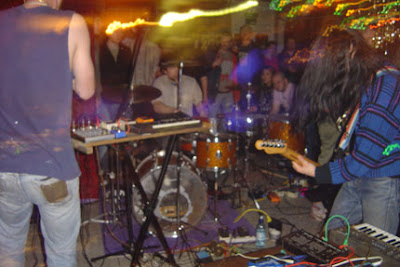 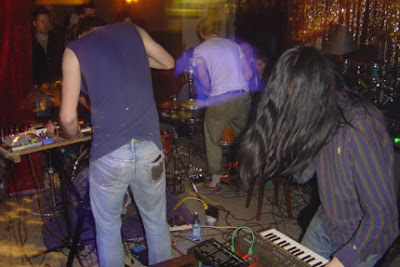