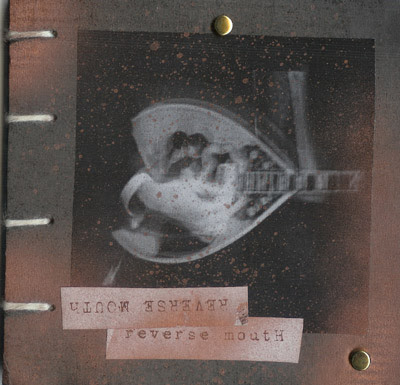 By far the best packaging yet from those people over at Tanz Procesz, loving its glowing copper sheen and handsome bookish binding which is a bit of a departure from the usual red splatter cake and newspaper textures.

Both the pic on the front (a hint of the music inside) and the blurred photocopy of Ronny Reagan (or an incredibility young John Wayne) on the back are great to stare into whilst listening. They have that odd sense of detachment/ movement you get from film stills, their double edges sorta shimmer along to the string based sounds contained within.

The music is baked in places with an invigorating amp purr, showcasing a fabulous series of guitar tinkerings, drones, frazzled amputations, and spacey clatterings, mostly of the semi abstract variety. All expressively charged; a few of these mood enhancers slip towards a deliciously frayed tunefulness that teeters nicely on the point of collapse. Track three - The Dragger, is my favourite with its wildly oriental flavour, those loose percussive sounds hinting at Japanese theatre - all twisting Geisha bodies and demon masks, like half deciphered readings - the spaces gleaming in possibility. 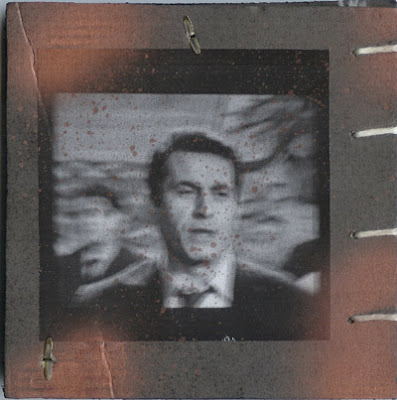 Anonymous said…
The first image is a bouzouki (traditional middle-eastern instument)
The second is Ksanthopoulos (a Greek film star of 50s-60s who portrayed the drama-ridden, harsh and god-forsaken reality of the honest, hard-working working-class greek of the time). He did so in a very cult and soappie way, which gives the music a satyrical and cultural context in my opinion..
I like the song by the way
Monday, May 14, 2007

Cloudboy said…
thanks for that, i have trouble spotting celebs at the best of times.
Monday, May 14, 2007

Cloudboy said…
guessing this sorta gives that 'More Films Than John Wayne' trk a bit more context too.
Monday, May 14, 2007