quickly adding 'I thought when I met you, you were sadly misguided with your fondness for those German metal bangers and the ramblings of that Smith character, but this takes the biscuit'

Turning the volume down doesn't abate the disagreement as the high end peaks still scrape the air in their brillo-pad majesty. 'This is awwwfulllllllll'

'This isn't music, it's bloody noizzzzzze.' she gripes

and at further protests the stereo is thrown into silence.

Some people think my wife deserves a medal for putting up with my inquisitive appreciation of all things musical, but i suppose that's love for yer. 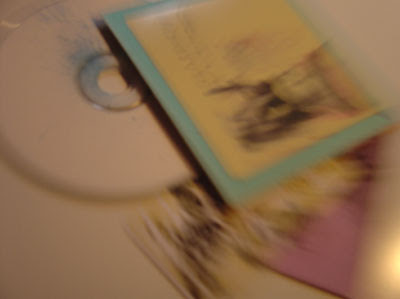 As the name suggests this is a real BLAST...
...a playfully buckled drum n bass scuzz heavy trawl of electronic discourse. Gloriously loud stuff that i hope to get through in one sitting some day soon.
blastocyst cdr phase