Lacuna, was the headliner, unusually on first because she wanted her young daughter to see her perform. She was a bag of nerves, maybe because the family were present but this was quickly lost to the lovely vibes she was sharing out. Loved the way her voice was skipping between two separate personalities, one child-like the other all aged reflection, like the music that was built up around her being both tingle n sinew. 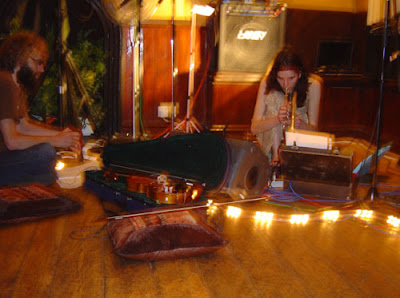 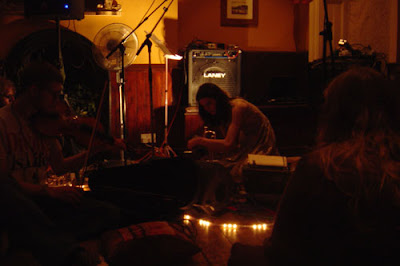 The trumpet (bugle/cornet) figured more this time, staining the vibe in an unique Englishness that’s nothing to do with afternoon tea but something more metaphysical that English heritage would definitely struggle to pin down. An Albion / brass fusion that was astoundingly authentic, seamlessly mingling with her folk tinted undulations. Memories and feelings amber trapped in delicate songs, she dirtied some tracks up in effect driven scrawl but never abandoned them to it, purely explorative toes in the water, felt like she was adding more sides to the geometry. Primarily a one girl operation she was joined at numerous times by backing violin, tuba and male voice, but these were subtle counterpoints with Ruth’s fragile essence always shining through. 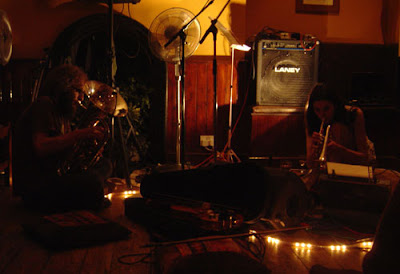 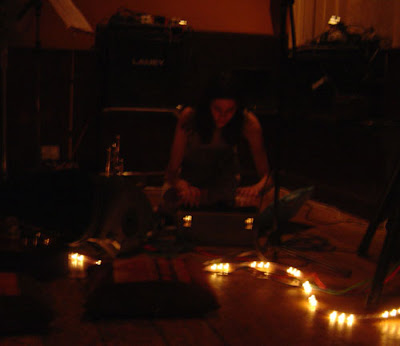 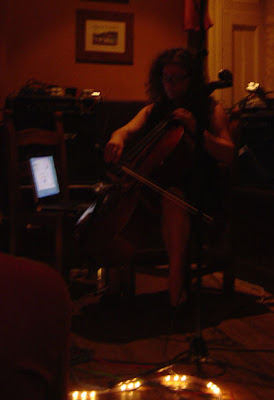 Chipper, part of Bristol based North Sea Navigator, employed a laptop and live cello setup. She worked over computer snapshots of rhythm, swirling it around in raspy accents, plucks and bowed sweeps. My eyes followed the wooden floor’s history as the music unfolded in smooth succession. Sometimes I felt the laptop rhythm was too unrelenting for the flesh she was giving to it, but for the most part it was simply blissful. 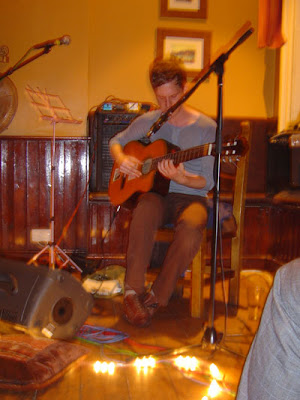 Bird Engine projected a trinket world through a distorted folklore lens – hybrids of animal and human slipping off the tongue with mystical economy, feeding the imagination in half shadows. This strange narrative was successful due to that alchemic voice of his and his ‘curling smoke’ wail that flexed around those Spanish tunings, the sort of thing that wouldn’t be out of place in a Del Toro film. The warmth of those nylon strings giving up more than just tune alone. 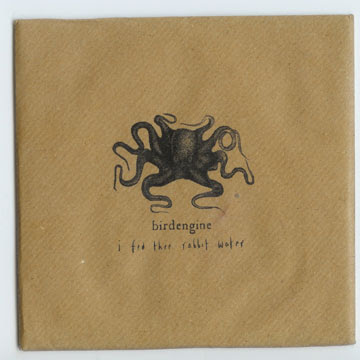 Picked this EP up as a little Birdengine reminder, but more on that and Lacuna's debut a little later on. 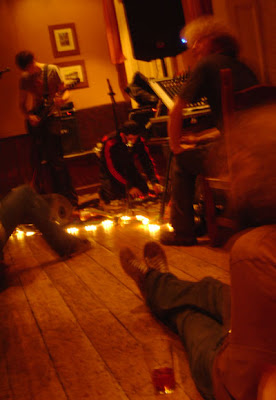 Don Bear was a duo of electronics, vox and electric guitar. The music was angry but never fuming, great wobbling textures mixed with a pointed song style, supported by some addictive chords. A folk rock fusion, which has its roots in a more punkish vibe, rooted in the lead singer’s shouty delivery.

I was dog tired, almost nodding off (in a good, overly relaxed way) at one point, not having much sleep the night before, but I was glad I came along, discovering new treasures and adding to previous delights.
birdengine chipper don bear gig lacuna

I am not Kek-w said…
Hmmm: I've been hearing some good things about Birdengine recently...his reputation seems to be growing...
Sunday, July 01, 2007

Cloudboy said…
Although it was clearly a singer/songwriter with an acoustic guitar he was definitely coming from/towards some differing reality with it all, a bit like the dynamics that faun fables have, navigating a remote connection with something strangely familiar, half forgotten.
Sunday, July 01, 2007

doppelganger said…
Whoever it is, whatever it sounds like - I want that Birdengine CD just for the cover.... It has entirely sodded up my draft 'Lord Depth vs The Coward' CD cover proposal.....
Sunday, July 01, 2007

Anonymous said…
Ha...I was on Lacuna´s myspace just yesterday and it gave me a taste for more...

And I agree with the comment about the Birdengine cover hihihi
Sunday, July 01, 2007

Cloudboy said…
lol - the music is just as good as the cover, appeals to my warm n tender side. Think you are digging that miscellany block print feel just as much as me. When i saw it was a printed envelope held in place by a stamped blob of sealing wax, i almost wanted to leave it intacto. My insatiable curiosity got the better of me though.

oh, i'd be interested in checking out the Lord Depth cover when yr done.

Hi Baars, Lacuna's album is well worth picking up, think there's a paypal button on her site, i'm gonna give it a bit of a write up soon(ish) that may sway you in the button pushing direction.
Sunday, July 01, 2007

I am not Kek-w said…
"cover proposal" - good grief, I'm not some Hoxton-based multi-media editor - you don't have to submit a proposal LOL!