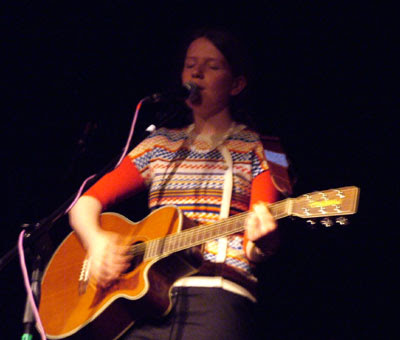 Roxanne – The Early Years was all sweet delivery and simple strumming, with the gentle support of some subtle woodwind from her Mint Imperials sitting either side of her. Great observational songs, superbly understated and quite a delight to my closed eyes. 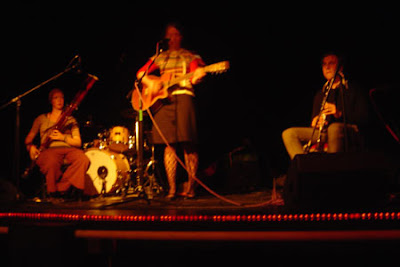 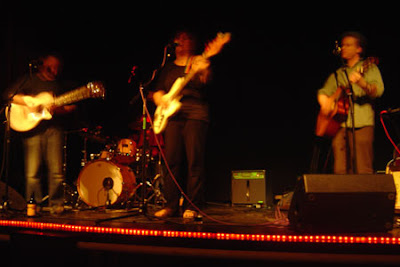 Hmna - a Bristol collective, mixed generous sprinklings of lyrical genius wrapped up in tuneful conventions to give us a great collection of songs. Their sprightly tunes raised a fair few smiles along the way, the ex boyfriend based ‘vivisection’ song being a real lyrical laughter engine. 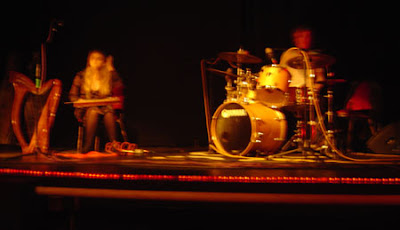 Directing Hand were Alex Nielson (of Tight Meat Duo fame) and Vinnie Blackwell. Here two separate worlds knitted together in collision. High pinched female screams with clattering and pounding skins. Scraped, clawed dulcimer and abstract throat dynamics were thrown over Nielson’s hammering rain, rubs and cymbal scathe. This wasn’t an easy listen, but I think that was the whole point. 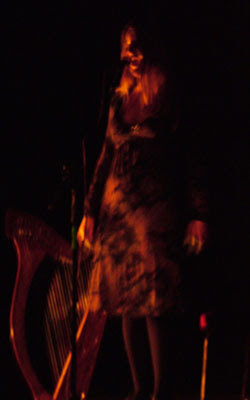 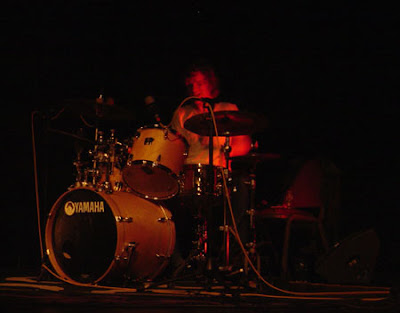 Vinne’s witchy wails mostly fought over / against Alex’s broken beatings, they mingling sporadically on the lighter percussive moments like a silky fabric of harp water, under which beetles scurried. For the most part they produced moiré patterns for the ears that stuck awkwardly in my head, jagged corners of possibility that were quite a contrast to the dronic textures found on their recent(ish) album for Secret Eye (more on that a little later). 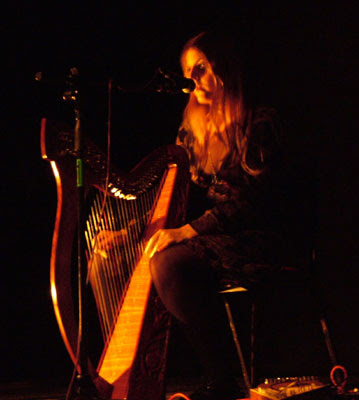 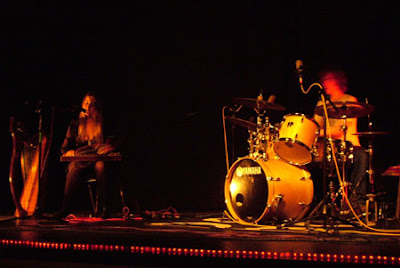