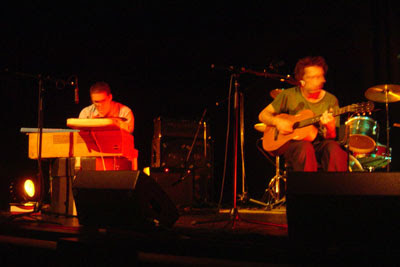 Curled over his guitar for the most part, manic hair set a flame by the lighting, Matt’s voice was richer, less fragile, but retained that essential Crescent 'pencilled in' quality that I’ve loved so much over the years. The words were less stark and discontent, the narrative given breathing space for the words to glow - lantern like. 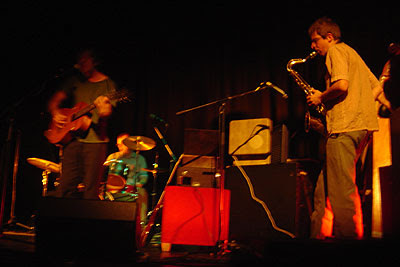 The minimal backing was predominantly sketched guitar, creating circular motifs until the music had that hazy corona of open spaces, sleepily framed in reddening skies, if you’ve heard ‘Little waves’ you’ll know what I mean... the sort of atmosphere that gets your toes curling. 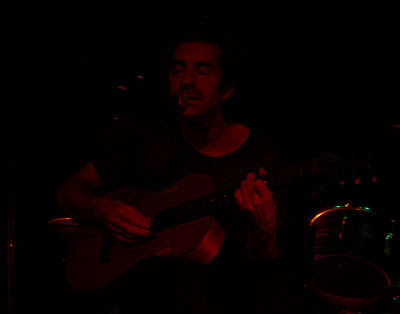 A heavily pregnant Kate provided bowed double bass, and produced subtle textures from behind an open case, these electro-acoustic skeletons like distorted glass catching the light, raining through the songs, forms that danced like a jaded prism. Pebble and water textures, as well as other vinyl run-offs from a bygone age were added to the sax and 'blow keyboard' backing, but it was the vinyl face-off between the numerous ancient record decks on either side of the stage that stole the show. 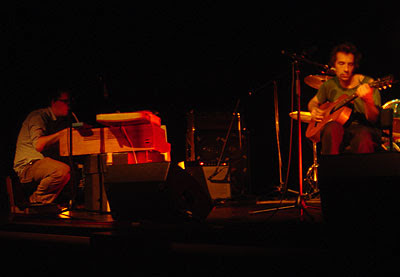 A fragmented chit-chat of academic voices cut up and rearranged within the skip of the needle, deft hands making everything seem so seamlessly fluid, Matt reducing his guitar to a one string caress, head flipping with each cast of voice – smiles all round. Well worth the wait I’d say. 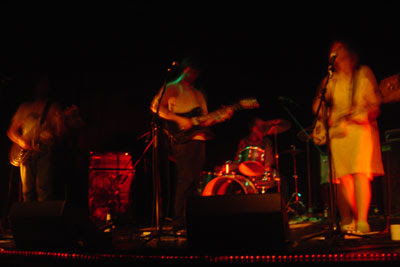 PG Six were a hell of a lot tighter with their sound. The two guitars, bass and drum outfit, that smoothly fitted around each other. Didn’t like the music as much as Crescent, but when they started to blur the edges a bit more, and truly relax into their playing, the music shifted into pleasing shapes with the bass and dextrous fretwork impeccably sprawling and Dianne’s vocals giving that indispensable whisky hue throughout. Their show became chocked full of great rhythmic hooks and guitar detours that wound you in to their world, something that got us clapping for an encore, an invitation the group warmly accepted. 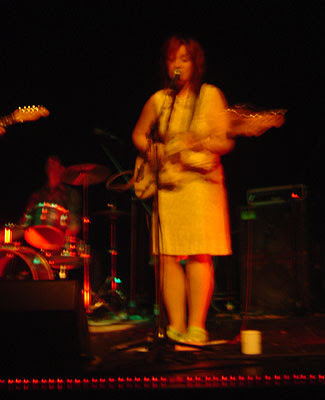 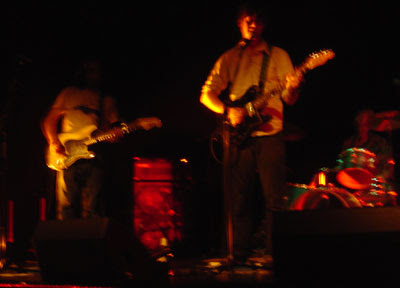