Posted by Cloudboy on September 13, 2007
Fat Layers of The Ecstatic Sleep - Panagiotis Spoulos on Phase! 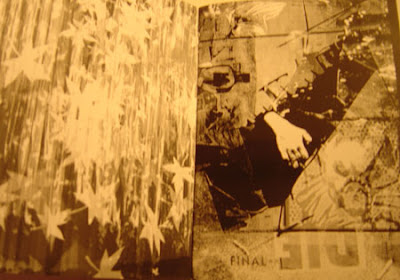 The sounds here are left to your imagination, textural suggestions that define a mood, the lighting of which fingers your mind, digging into the buried, bringing a submerged library back from the opaqueness, the xeroxed surfaces that accompany this release - your only map. Shadows are chewed over in sunken drifts, encapsulated in a dense fog, the sounds gripping the extremities like starving children, dragging you further into the ominous brew. 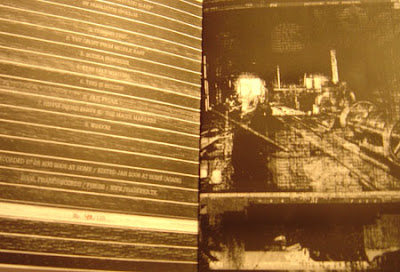 As you attempt to decipher, the light narrows, threatening to extinguish.. fear scratches at your neck, the apertures of your eyes oceanic. Somewhere, a moonlit ribbon feeds itself through a metal cage; the structure speaks an industrial lament as knotted bones clang and clatter intermittently. Ancient murmurs of a slow metallicised pestilence abound.

Tourettes ridden puppets jangle on wire nooses, their toes tapping to repetitious oblivion, a faceless million plagued by a swarm of delayed melt, erased by a pipe cleaning DJ scraping the steel. Drones, lovely undulating drones punctured, the flow stabbed by flying debris. A wordless odour fills the nostrils and throws up sinister patterns on the insides of your skull, the ghostly archaeology of sleep.