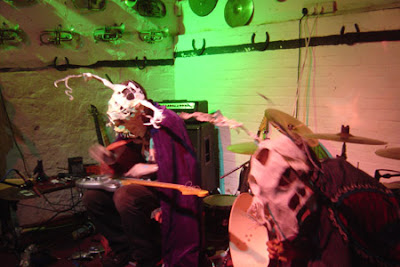 First up, we were more disconnected than during Monday’s show and came at everything from more of a ‘noise’ perspective; my guitar set up was a bit awry, so I tortured it as best I could. Kid Shirt’s nose flute was great this time round, and the ‘effects driven’ Casio was monstrous combined with scraped pick-up, smashed cutting disc and whisk chime. Feedback filled the air, boxes were multi-levelled to infinity - low frequency waves broke on a metallic shore...

Somebody came over when our set finished and bought us both drinks, said we deserved it; another invited us to play at their wedding, an offer that we just couldn’t refuse…got me imagining a confetti of broken birds. 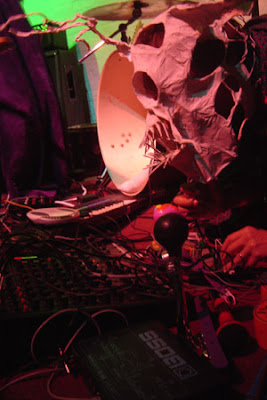 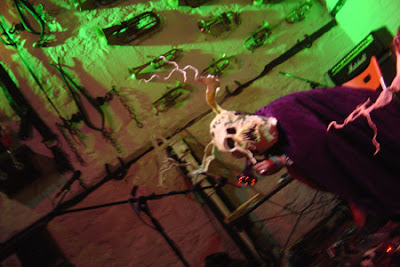 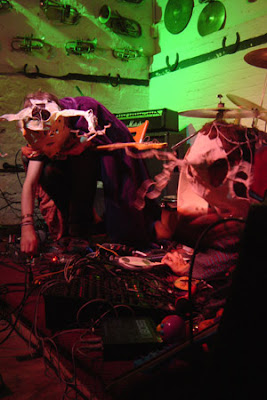 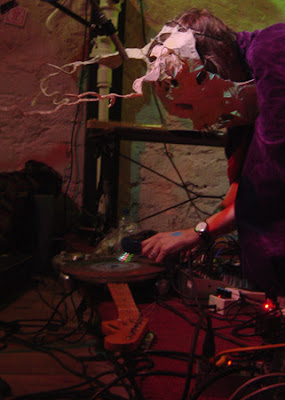 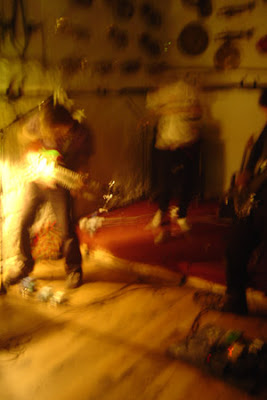 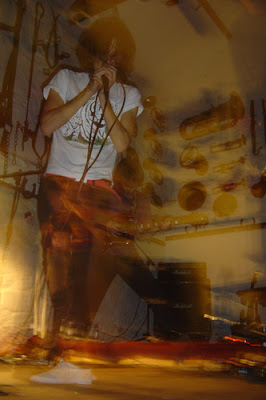 Listening to Neon Dinosaur Brain was like running through a thicket, the sound thrashing around like a boxed animal, lacerating and clawing. The vocals were a transfigured atonal crucifixion wrapped in coloured cellophane, peeling in dented depth charges of perverted shadow. The lyrics reverted to larynx tearing screams, a punctured and flanged oasis, echoes of electricity snaked round like a tarnished halo. 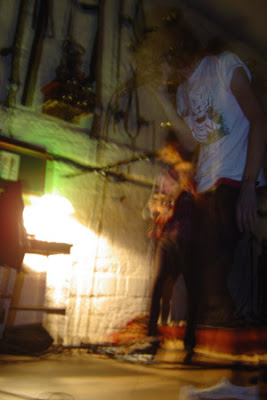 Gilded and vivid, burning neon transects and fiery staggers, the floor is sucked up into the air in streaks, a displaced vacuum round which nothing escapes. This was Rock leaning towards a psychotropic ‘Birthday Party’ spectrum. During a tuning gap the vocalist went into a hip-hop vibe, vocal cluster to a drum backing, reinstating a faith in ‘urban music’ that I never know I had – LOL… 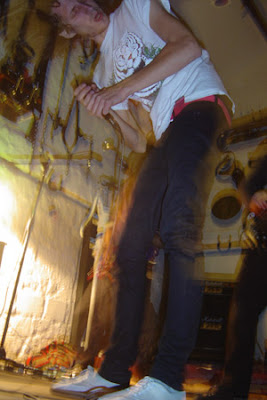 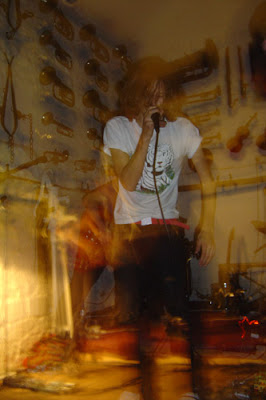 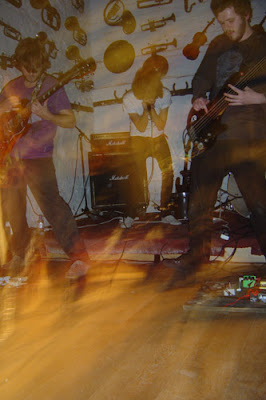 The last song of the set collapsed into a beautiful agony, an over-driven death slide awash in effects, folding in on it’s self to silence… ears left a buzzing nest of insects - excellent stuff. We’d love to play with you guys sometime, you rock!!! 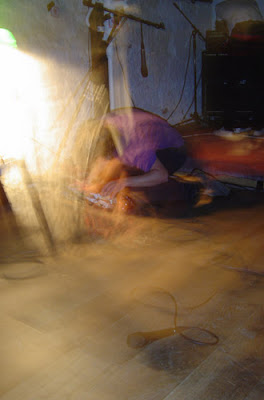 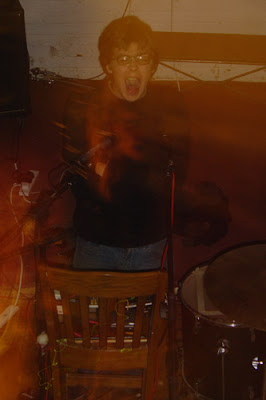 Team Brick was a self contained one man band, utilising an array of fx boxes daisy chained together on a seat in front of him, kettle drum to the side, two mics floating either side and a guitar in easy reach. Deep Nordic chant of the semi-religious kind started the set, ghosts of an alien language buoyant and spectrally clinging in dismissing circles. Boy this man had a great voice, and was a convincing linguist too, flipping from what sounded like Latin / Eastern European and Greek with surprising ease. Wrapping the words in luxurious drone, bellowing the next - constant vocal colourings that gripped you. Soft and cavernous drum beats rolled around– ‘I’d like to see you burn’ he sang repeatedly emphasising the word BURN, almost relishing in it… 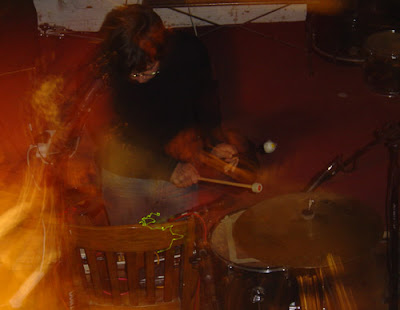 Combined with the drums, visions of Death in June or Non flickered through my head briefly, to be cut up by some insane Arto Lindsay spazzed guitar tangents, soaked in delay then cannibalised in overload. Barely audible lyrics were oblivion fed, as if whispering secrets. The show ended with Team Brick walking sternly off. This was personal, introspective and bloody wonderful… he didn’t seem to care if you liked it – he just needed to get it out - turn the inside out. I discovered later, amazingly enough, his set was completely improvised!!!

… respect goes out to Charlie whose impeccable ear was responsible for putting together another great show, long may it continue… 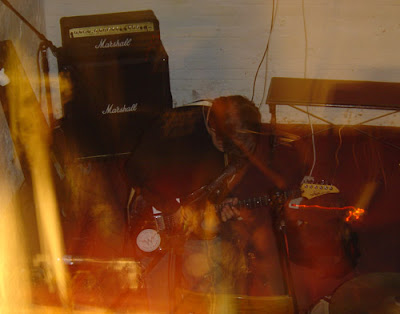