Ocean - Here Where Nothing Grows 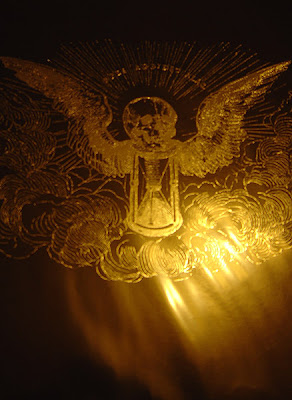 Picked this baby up at ATP from the sprawling Invada stall, coloured vinyl certainly has been putting more of a shine in my eye of recent. There’s plenty of music to get your teeth into here, three splattered sides well in the 20mins region leaving the run off agreeably anorexic, and a further 10mins on the fourth. 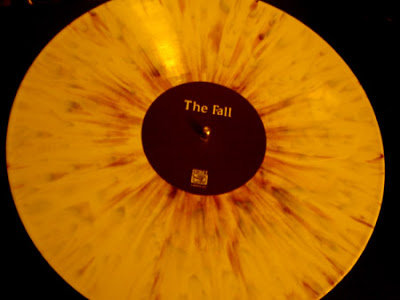 Musically its sorta stoner nu-metal, sparse guitar n drum workout with some heavy water vocals that must really hurt the throat to produce. A slow weighty riffing, struggling against some imaginary snowstorm, drum potholes and cymbals clattering along in dogged determination. The pit dwelling vocals are marvellous, just the right side of theatrical, yawning coffin lid rupture, suitably larynx chafed. Further down the line, calm post rock vibes mingle with the measured angst, producing a protracted release languishing in the gloomy 20watt vision - almost time stopping. Slightly formulaic in places, enough daylight breaks through those wrecked wings to shift things around in interesting directions. By the third side, entitled ‘The Fall’ you’re fully hooked up to their decelerated and squalid taste, nodding along to the procession, with the Cure cover on the final side clinching the deal. A dirge sonic beauty...

Sawada said…
I just stumbled upon your blog. Thanks for posting. This is a pretty wild album. I'm most stoked about the cover art. That metallic emobssing is great too. I'm gonna read more or your posts on my lunch break. Thanks man.
Wednesday, May 13, 2009