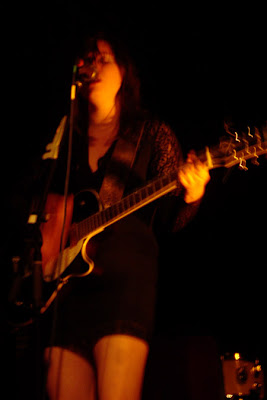 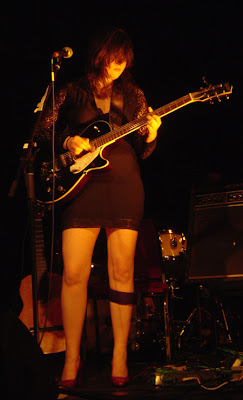 With just an electric guitar and a stick of bells velcroed to her leg, Miss Manuk took the stage, dishing out some exciting guitar work with vague hints of ‘PJ Harvey’ type phrasing circa ‘Dry’. Tasty rock cords filled with an uneasy tension, her sweet n sour vocals mixing emotions, foreshadowing / underpinning the strings flowing round it. Some really great songs, but the Spanish tinges of one in particular seemed to plant itself firmly in my head, way after the song died away... 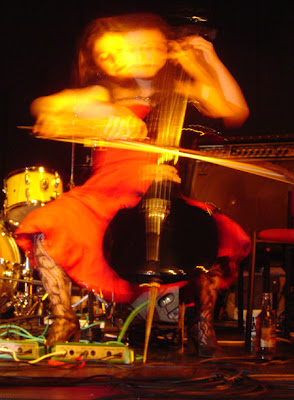 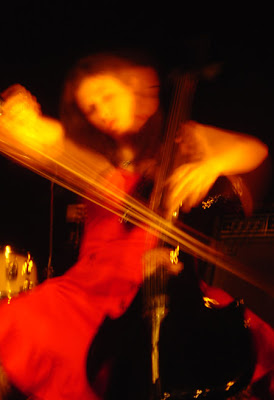 Bela was a real pleasure to watch, bouncing her cello fragments between two looping units like a DJ mixing her decks. Adding to the recipe with a gradually built tension which she chopped up real time, causing patterns /shapes/ beats and infinitesimal scrapes to fall over each other and become orphaned, lost in a yummy and incredibly rhythmic jostle. Lots of nervous energy here, as she constantly found new directions to take the sound. Bowed strings became strange ‘bass heavy’ winds, over which she played a lighter refrain – absolutely beautiful stuff. 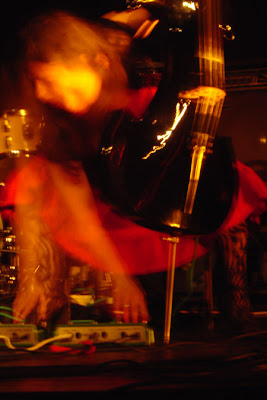 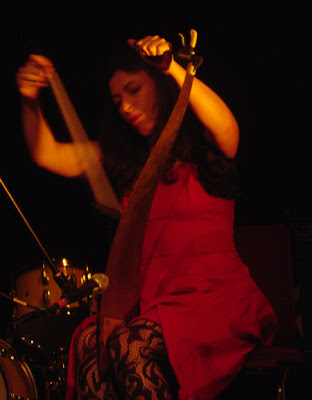 The musical saw was a nice touch, it’s ghostly warble sliced into a digital stutter; thrown to a bed of whirling ether, never out staying its welcome, but morphing into another entity entirely. 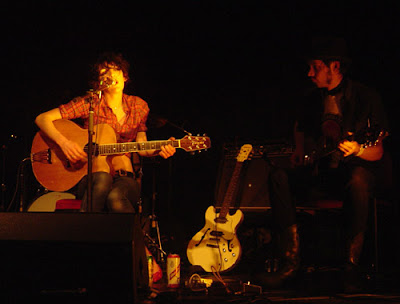 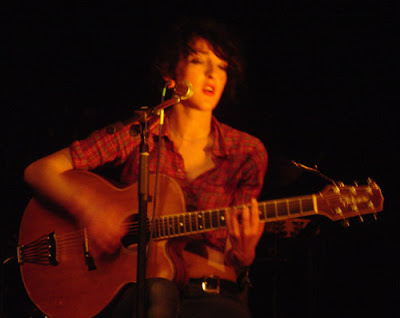 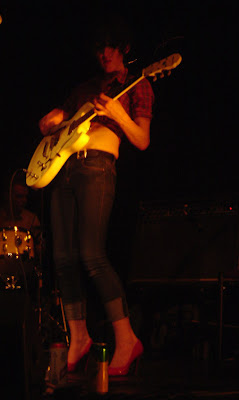 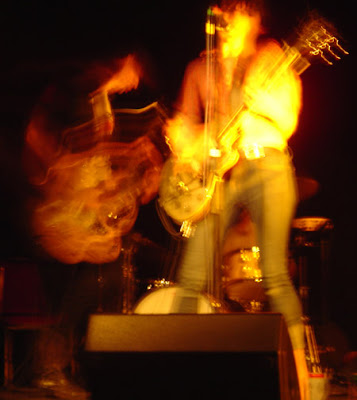 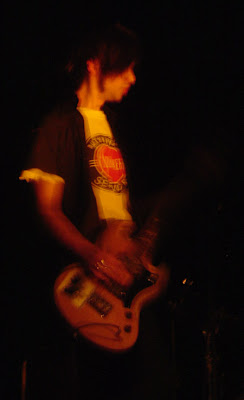 The star of the show was definitely Emily though, having taken on a country slant to her ballsy rock strut since last seeing her back in 2005. A show of two halves, one acoustic led balladry with a psycho-billy accent, the other an evil bass distorted howl and sassy shaped romp, with plenty of that gigantically deep vocal of Miss Breeze’s to savour. Must say, I preferred the second half, with the ‘Blixa’ look-a-like bassist throwing ‘Bad Seeds’ shadows over the stage. Emily chopping the chords out, shouting her head off like it was going outa fashion, the band throwing themselves round and brewing up a dancing throng of bodies in front of the stage – a fantastic atmosphere. 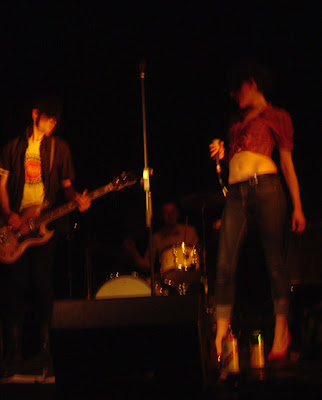 Anonymous said…
Thank you for this post. I am happy to learn about Bela Emerson - I'm always looking to find more saw players.

Cloudboy said…
yeah, i've tried bowing my woodsaw but with little success, guessing it was too rusty or sum'ut...
Tuesday, January 22, 2008