The Big Naturals, Wooden Shjips and The Heads

Shit I haven’t been to a gig for over a month, but what a great re-entry….Just couldn’t resist such a meaty line-up... really great to catch up with the Thoughtforms posse too; who were taking time out before a nationwide tour with Primordial Undermind this August...

... fantastic to see the Big Naturals in action again… locked into a dark corner of the Croft they chewed over some heavy vibes... They’re such a powerful combo… The drummer worked up some scattered forms, splicing them with really juicy Neofolk uniforms. His sticks arced over inverted cymbals, full of cut crystal accidents and shivering tension. 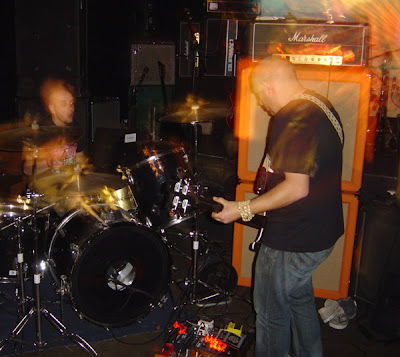 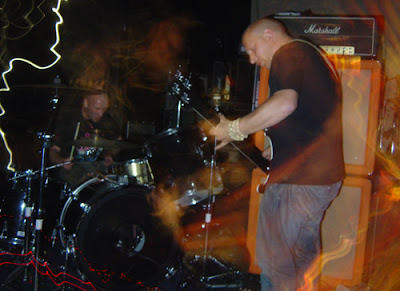 The bassist echoed along with the tally – the tools of his trade smeared in a belladonna of effects…then exploded in time to some truly satisfying slams... The floor literally quaked in buzz; I found kneeling was best, submerged in the incoming tide. The music left you rocking helplessly as the strings scissored everything up into serpent filled snowflakes, the bass transforming itself into a didgeridoo drone... the drummer following it around with slugs of forceful invention… Superb! 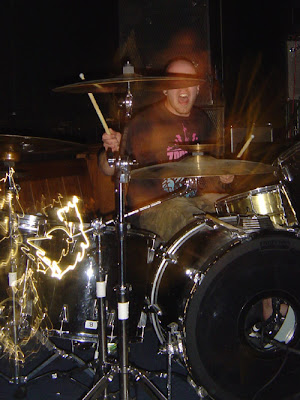 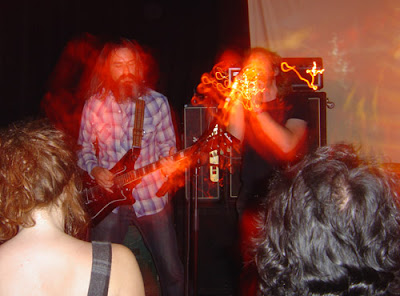 The Wooden Shjips upped the fuzz stakes with less brute force, but certainly sprinkled their fair share of psycho-active colours into the air. The vocals were half buried, mixing in a satisfying ambiguity as they floated out like distended globs of warm fat over the vibrations. The sound rocked, burning up on that San Fran vibe… gone were those soft Doors(ish) corners of their debut, as the organ/keyboard became suitably effects savaged... Real blink your eyes in pseudo-strobe, suntan mind music... That surprise bugle attack that they slipped in to the latter end of their show gave out a yummy ska tinge... 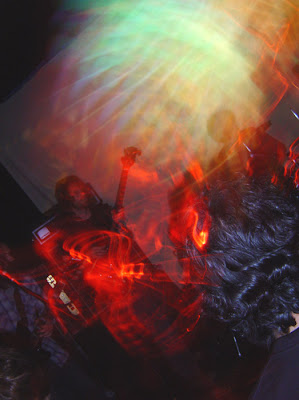 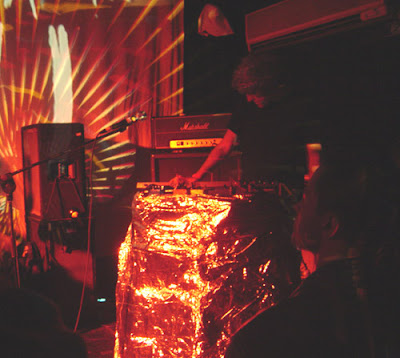 The last number worked around a comical looped organ romp – something like an acid drenched version of Old McDonald’s Farm, the guitar adding distorted animal noises to the rhythm locked sway... blissful. 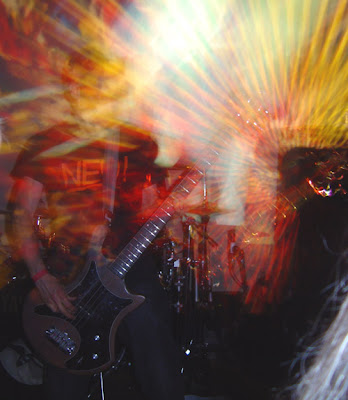 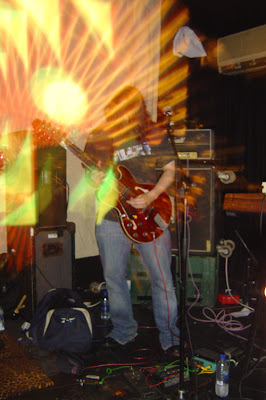 The Heads were a mighty juggernaut, loud and lethal, a solid muscle foundation, choked full of spontaneous guitar spasm and stunning projections. A life affirming vibe, splattering inside yr mind, seemed like one continuous assault after assault that left my ears in a chattery smurf bubble... 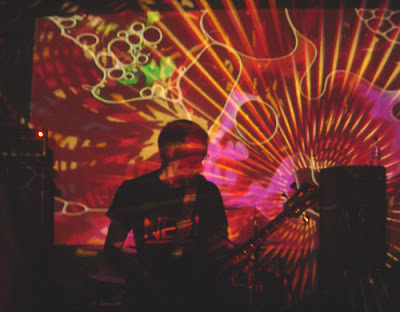 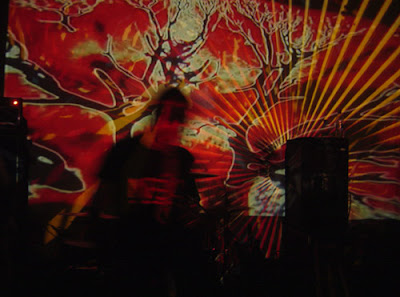 Anonymous said…
OOOh I saw The Heads and Wooden Shjips the same evening I saw The Butthole Surfers and I enjoyed them a lot. Something I can't say for the Surfers. I didn't make it till the end of their gig...

Wooden Shjips were a bit shaky in the beginning but really got into it in the end. The Heads started of the evening and they were never topped by any of the bands that came after them. I never knew I liked straight forward psychedelic rock music... (SBHOTM hardly being straight forward)
Thursday, July 24, 2008

Cloudboy said…
yeah, there's nothing like a bit of heavily coloured guitar to shake the senses...
Thursday, July 24, 2008