Arrived half way through Clara Kindle’s set, interestingly, he was a man! He worked some exciting looped textures, over which delicate songs emerged. Eyes, all pavement searching; lyrics, a rich early smog-like poetry, all shot through the obliqueness of a dusty shop window. 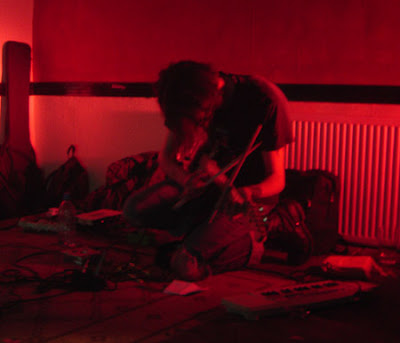 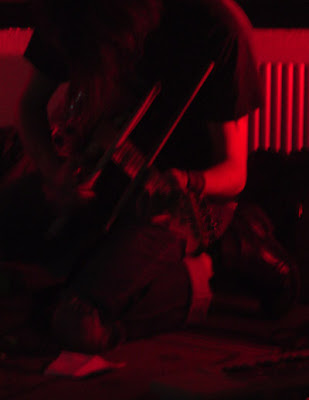 Joey Chainsaw was a spectre of noise with drumsticks jammed into his guitar strings. An outbreak of broken limbs that produced some truly evil {evol}, super-percussive kollaps… A litany of sonic decay, baked in the shadowy crows of feedback, pecking out the eyes in echoed machine skuzz. His show ending as all his strings fell about the floor, uselessly spent… Always a joy to behold, and the only band I knew on the bill! 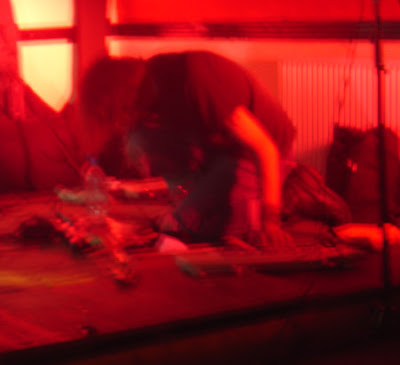 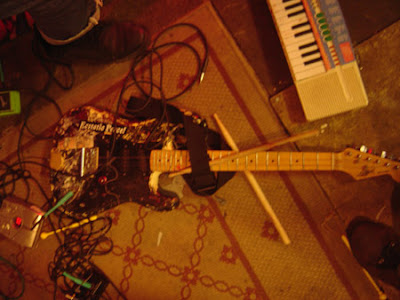 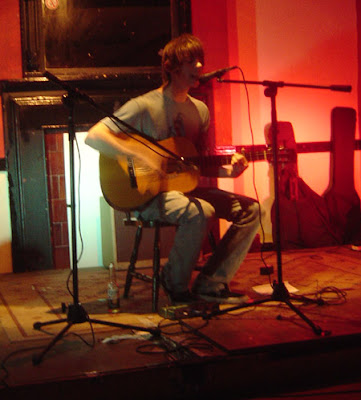 House of John Player – Wow this guy had a decisive strumming style, trapping portions in his looper and over working them with a pacy delivery… reminded me of that Finnish chap, who's name escapes he – really physical, you could literally bottle the energy, cut it from the air ---- like it needed an exit …Wrapped in a slow soak of extended delay…

Half way through a plate of wedges, above us exploded in bouts of massive drum action, a foot village vibe that forced the abandoning of food as we shot upstairs... 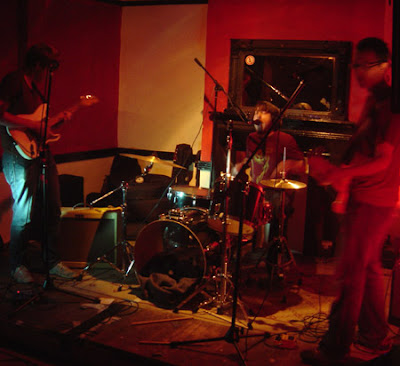 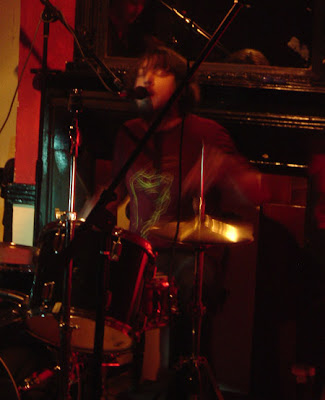 American Gods they were called, the sound a stop/start assault on the senses… jutting shapes that had a crazy, sometimes perverse logic of their own. The bass a meat rack of Bauhaus churn, the hammered drum kit smashing the air in flurries of energy, lead guitar curving up the roasted corpse, lyrics hopelessly lost in loudness… 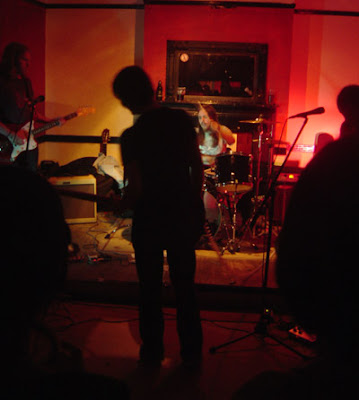 ...Turn into demons was more classic rock signatures, but no less enticing. With their lock-groove eagerness and guitar fx- saturated snakes, the group’s momentum marred slightly when the second drummer put his foot through the bass drum. The first drummer looking the spit of a 16th Century Witchfinder General’… Half expecting a chorus of ‘Wit-ccccc-hezzzzzzzz buuuurn’, but it never materialized as it was all in my head. 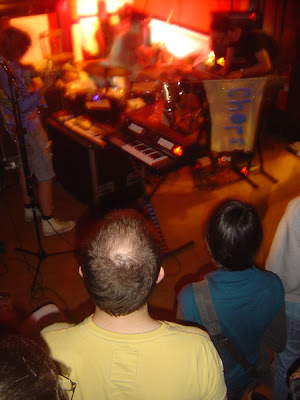