Posted by Cloudboy on October 09, 2008
available from the sentient recognition archive 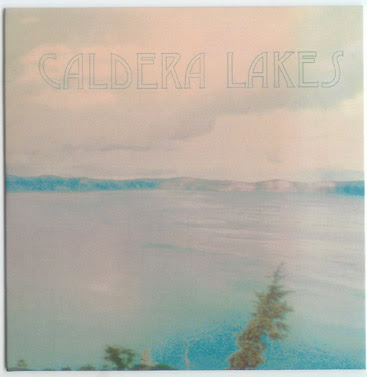 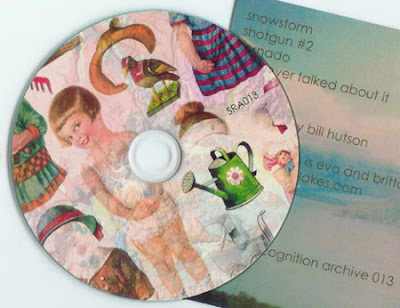 Like this duos namesake, a serene lake that belies it’s toxicity; the haunting vocals of one siren lures you in, while the other takes your ears hostage in barb wire sonics... a sumptuous sabotage you’d expect from Eva of Kevin Shields fame. The combinations here though definitely entertain, pushing the song form even further out there, surfing a sado-erotic vibe that has plenty of textural highpoints and cross pollinations.

If you’re not familiar with the work of Eva Aguila, the sheer evilness of her sounds may have you reaching for the off button. Her physical attacks are usually pure ‘fuck you’, but coupled with fellow noise-kitten Brittany Gould, she’s reined in some of that harsh-end ferocity, balancing it out with quieter reflections and opening up plenty of opportunity for both to dip their tongues into each other's slaughter … the resulting four tracks being a satisfying circus of devastation.

The album begins with an unfolding chant that somebody maliciously spills streaks of acid over, scars of electroplated cackle literally rip out the underlying harmonics with glee. A slow gouge, then the carnage blasts a lung full; a larynx shred vox pokes its head timidly through, hopelessly struggling against the grain… the edges of the wound are a tingle with broken shells and bent nails… the aftermath an arena of tattered skin, bleached bone…

Shotgun #2 is a psychopathic lullaby (almost absent-minded so) encased in a hop-scotch of digital cross-hatch and dirty nails through varnish… loose keycuts falling in opposites… promising to freak-out, teasing you with murmurs of all out destruction. The lullaby creeps back over, this time falling through a looped music box refrain …then the goods arrive in full-on ear quakes that force soil into every orifice… in its wake, a smear of lobotomised machine left gasping for air.

Tornado, my favourite, begins with a jewelled horizon of hard edged prisms. Vocals mull over a motorized thump, slowly gathering until the operatics are force fed into sonic whips and brutal Kolllappppse... becoming an Icelandic pixie bake, buried in the machines clammer. Full of hiccupping slivers and peppered kick starts, it slips round in greasy smears, all the ingredients just falling magically into place.

The last track - We never talked about it, starts with a solid wall of harsh noise that peels away to reveal a vocal loop, wavering on fish hooks, accompanied by tarnished spurs scrubbed over with wire wool... ending all too soon with filtered out vocals crackling on the embers...

This is how experimental music should be... exciting, awkward, riddled in plenty of mystery... something that gets even better with every play.
caldera lakes eva aguila gang wizard kevin shields music review sentient recgnition archive