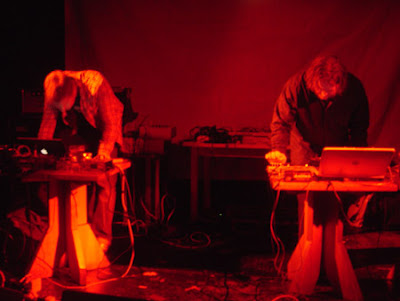 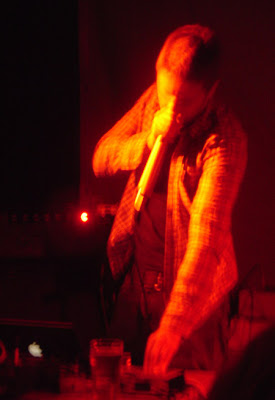 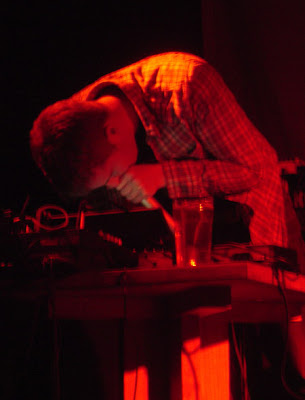 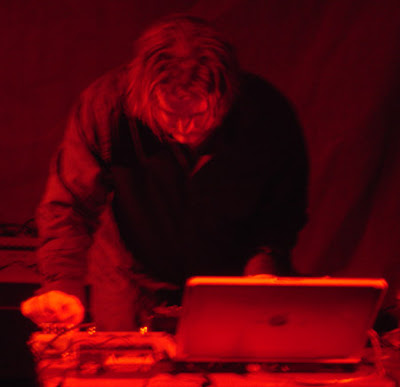 Menschenfleisch were brilliant… combining the talents of both Greg from Dsic and Anton Maiof of Geisha / DTV fame… They spewed out some tasty full-on noise, caked in lots of strange textural candy / scribble. Anton making Nosferatu shapes, whilst screaming into his homebrewed devices, Dsic scattering broken blossoms, twisting those values as if they were nipple clamps, his vocals, a half drowned slur in all that scrrrreeching …the sort of noise that never settles for a dull monochrome, that’s continually churned round mulling over it’s next attack... working the anticipation. 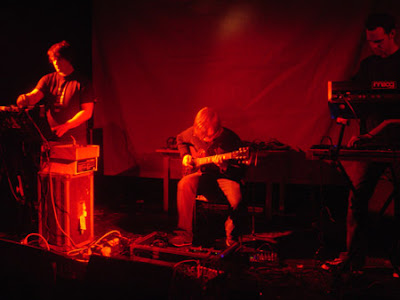 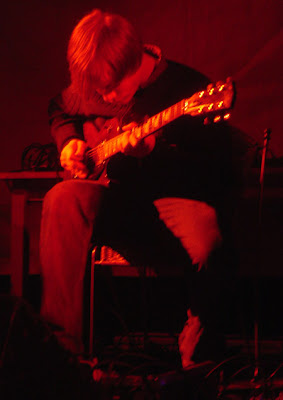 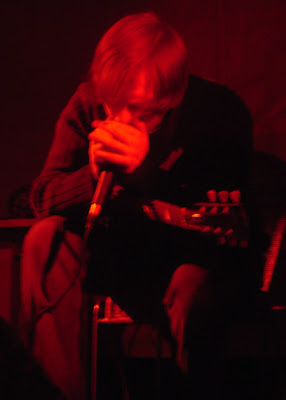 Emeralds, in total contrast, were a tranquilised moog and improvised guitar cocktail, gentle vibes to sit cross legged and mellow out to… They’re probably sick of the Tangerine Dream, Popol Vuh comparisons, but their sounds just oozed that spider’s web of drifting vibes, bubbling textures and strung out evaporations. Deej said it reminded him of something vaguely John Carpenter like, and I had to agree, that synthy landscaping was very filmic... 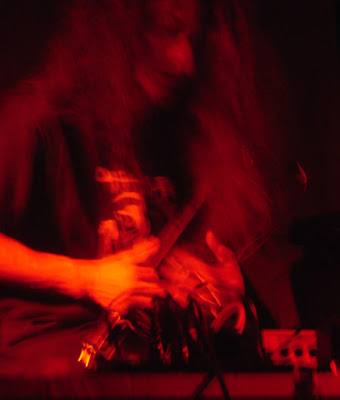 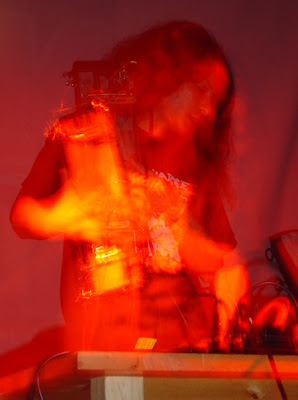 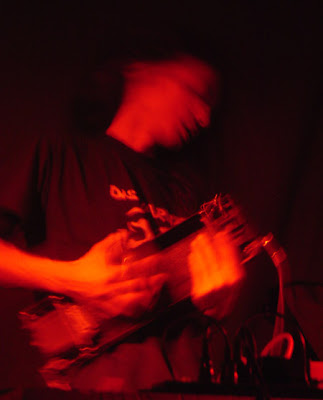 Pain Jerk started off a bit disappointingly, the sound, too over saturated for anything to really breathe... but after a while it all flowed nicely into a brutalised beat autopsy that sent out those ‘swaying along’ vibes. His arms were suitably veiny, as he cut it all up switchblade stylee, throwing out lattice worked filters that hands just had to follow in contracted spans. I really wanted that wash board / spring contraption of his to sing more though and briefly it did in an ugly scar of reverbed echo… we listened to him on the way back, keeping time with the wiper swipes, his pressure cooker vibes shaking the car.