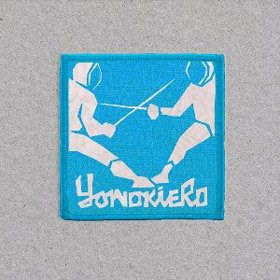 This is a really mellow collection of tunes, and the second release for the small Manchester label Front and Follow. You can’t help but warm to the melodic sounds within and the deft way in which the ingredients just fall into place. All those influences leaking on through, as if it’s a subtle homage to everything that’s great about singer/song writing … a music that’s making it’s point in a clear non-grandiose way, coming across in diaristic cameos that fall gently into the ears.

Sumimasen begins the album in a lilting, sparkly spring of chords, fringes of chirpy electronica belaying a semi-souring of lyrics. A silvery, Cocteau-esque quality dribbling between the words’ simplicity.

Invitation to Malmo – is a folksy waltz with a lovely muted firework counterfoil leaping out in bassy echo…The vocals shadowed by the ghosts of Neil Young or Dylan… nice dynamics mulling round that accordion swell, porch light guitar and a nibbling tambourine glint…

Rare Bit has a definite travelogue vibe, a husky indie vox, electric / acoustic game of Scrabble, a dictionary of possibilities floating round in jumbled animation… a Red House Painter’s flex…with Marlboro Lite vocal straining over a guitar, light chopping through a car’s window...

Randolph Bourne is a camp fire strum with sliding tin roofs, but for Casey Jnr… things get introspective, a beaded heart beat and subterranean creep of vocals… a mono-prescription that frays into the guitars, like swaying grasses, or tissue paper washing lines… a network of cotton treads spreading slowly out and curling round, foetal like…

I like the way that down turned piano of Tsuris props up the guitar burnish with a burnt out wryness. A jaded jar whose initial drowsiness is thrown out on a strummed coda, filled with flicking fluorescents, then plunged back, in a sigh of resignation.

The falling guitar style of Blue Apples really breathes out interesting colours. As if adjusting to some half-light; the cello stalking the fiddle’s crochet. The instrumentation framing the emotional pictures in kinetic vignettes, gently bolstering the words, adding resonance to what’s being sung. It must be said the musicianship on this album is superbly understated, confidently nailing the scene with precision… On Angry Promoter the music almost clings to the words, as if painfully shy, vague medieval courtives sprinkling themselves around, as eyes follow the wood grain rather than the conversation.

Rebound is an insistent acoustic strum which breaks from the warm duvet in fuzzy electric gtr …feedback birds pulling at the edges. The vox swept up, dying out along the spine of an organ flatliner… Itchy finger work follows this in some neat fretboard sketching, which merges nicely with the hum of next doors sander as I write this. The album signs off on a carpet of acoustic swirl and skating drum patterns, dappled in 60’s tints and a stained optimism.