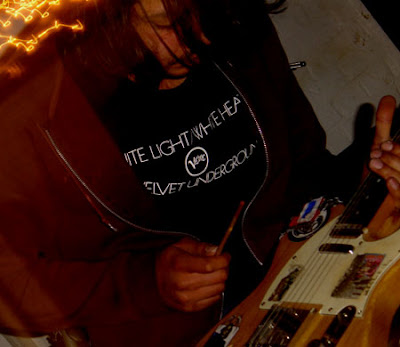 First up was Deej (of Thought Forms fame), he working up some real stormy weather, very different from his recent Croft outing… more contained… multi layers flowing out in nauseating drifts, a Flying Saucer Attack type wave of static... full of crackling skin. That day’s match action filtered through the pick-ups, the commentary all inter planetary, ghost spun lightness in that heavy fx soup... one continuous build, overwrought in concrete guitar and monstrous keys... burning bright and head spinningly beautiful. 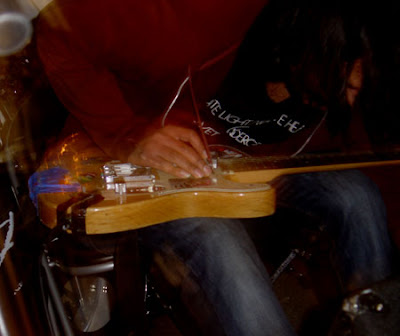 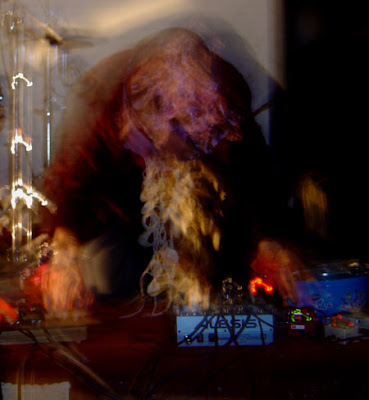 It was strange doing a solo set (as Joey had an emergency situation to deal with on the day) not quite Ice Bird Spiral or Autotistic, more like a strange shamanic halfway house... I’d notched up a large bank of spooky loops that I intended to work over and around but plumbed for live action instead… culminating in lots of differing textures vocal smears, and mini Korg explosions …the kiddie bike horns finally getting in on the squelchy action. Somewhere in the midst of it all I lost myself to the delay and reverb, energy surfing… hopefully Paul recorded the whole thing so I’ll post a mp3 or something… it was a fun experience and I think the reactions were positive… nice to see fellow noise monger Rajinder there… 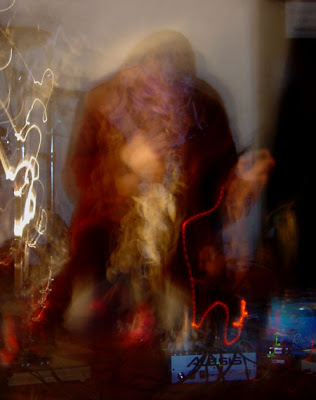 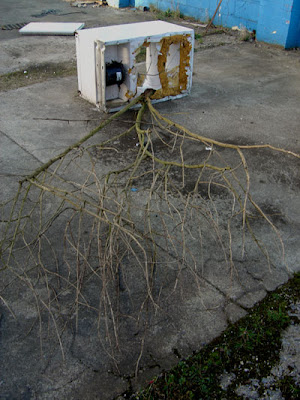 The hunger pangs were soon kicking in... we ended up at the kebab van down the road, waiting for the food I sifted through the neglect, I’m always fascinated by the way discarded things have an almost poetic vibe... that fridge n tree combo has a whiff of Matthew Barny about it... 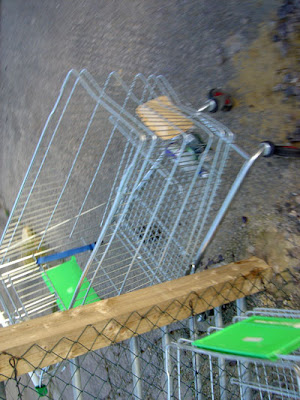 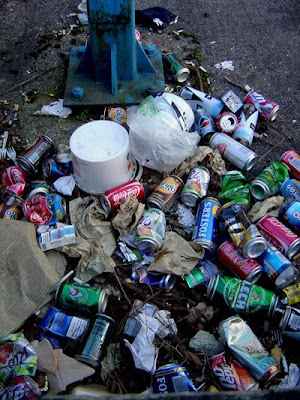 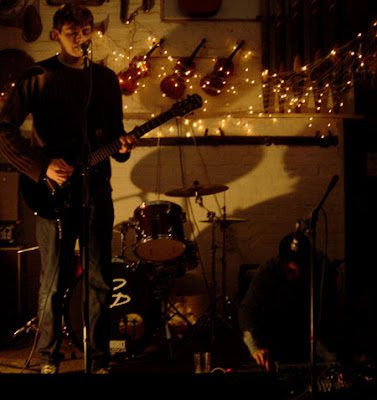 Back at the Pump, Don Bear were giving out an excellent slice of processed keys and guitar melancholia – songs that just hit the target , the words and music building around each other, a total conveyer of mood and situation… spaghetti western vibes curling round sparkling chords… filmic atmospheres of city reflections trapped in wet concrete the abstract brush of traffic, endless images caught in a mirage of electricity. 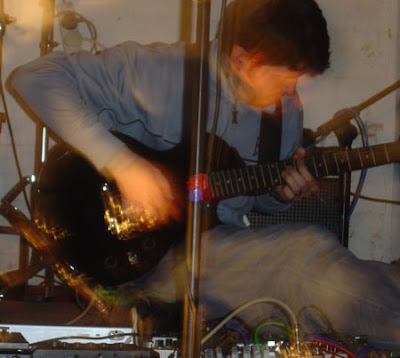 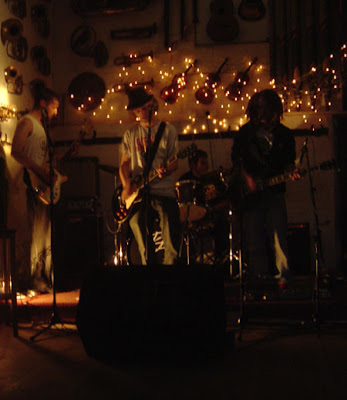 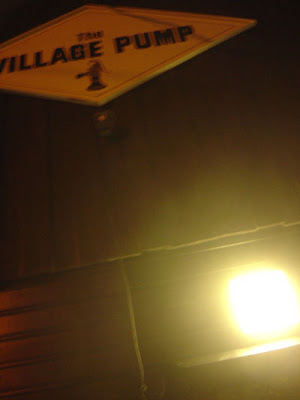 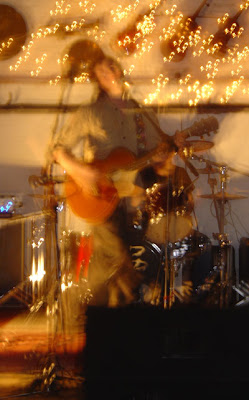 Power folk described The Haiku (the next act) best…well crafted and incredibly tight, probably the best acoustic / drum act I’ve had the pleasure of hearing in years… oozing out an infectious energy... 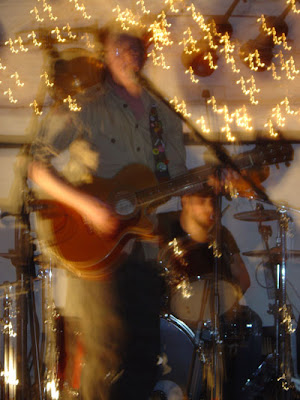 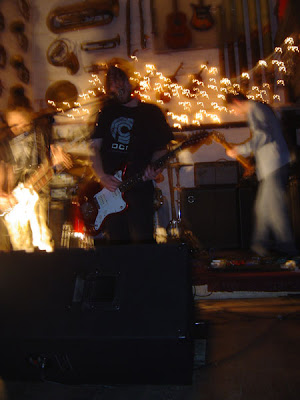 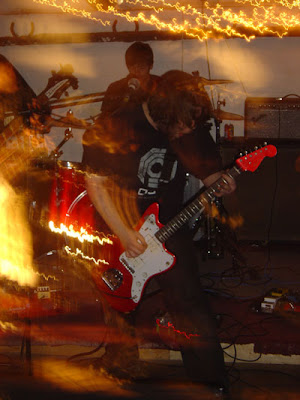 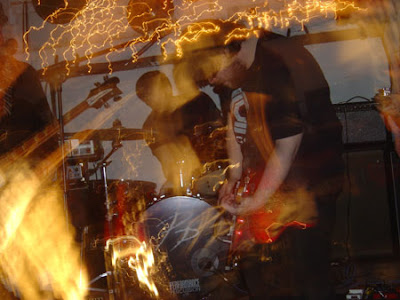 Geisha were total noise whores, absolutely luved em! They’d preamble across some pleasant riffs then tear it all apart in barbed and fisted overload... An over-wound clockwork monkey burning all sulphurous and metallic… Melting down into a multicolour of petals strung through the eyes of some long dead deity ----> sonic death of the highest order – happy death as Charlie put it... I often think more than I say... no soil under the fingernails or salted eyes as notions of melody were re-scribbled in twisted caricatures, foetal tremors... like the wires nourishing a new born... 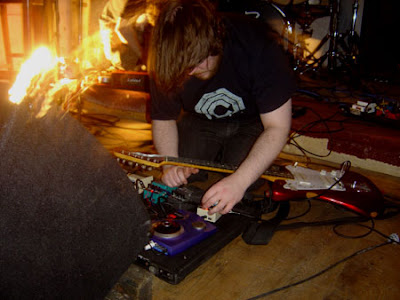 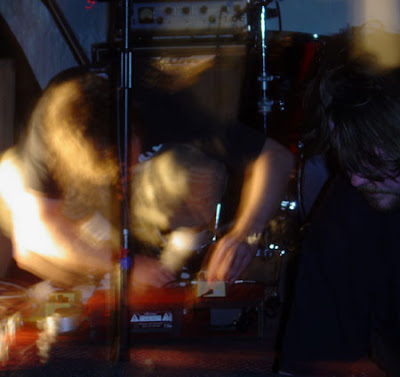 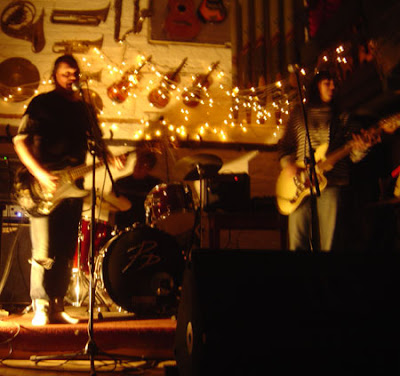 Headfall had a few technical probs but worked through them to deliver a great finale. The female vox having a Piano Magic type dialogue, the male - a weird treble like a helium enriched Marky Smith... The fx violin towards the end was too gorgeous for words, the music fitting snugly around... 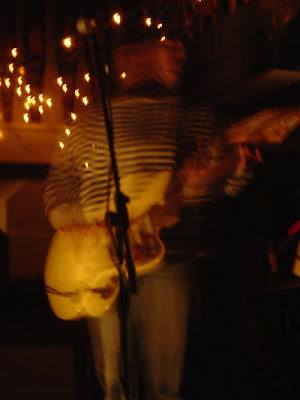 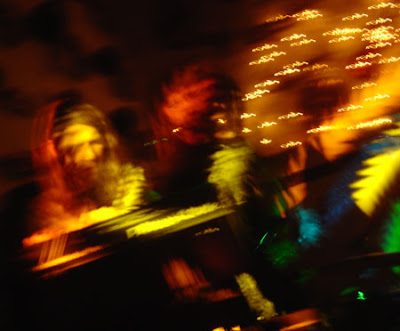 Gnod were next up, now this was a band I really was eager to hear more of, after taking in their The Somnambulist’s Tale on Sloow Tapes... they hail from Manchester and on the night were a true cosmic phenomenon, with a light show to match their psychoactive output... thoroughly satisfying this old kraut-hed of mine.

Two lengthy excursions that grew organically… a twinkle of hand bells that were synth piloted into guitar riffs that literally lit runways straight into your brain... The last track rippling with a seriously insistent riff that the keyboards feed upon in jutting jigsaws... all rivers have their source… vocals slurring the mixture in mellifluous shadowing or delayed to fuck on an infinite broken mirror, peaks of feedback angling across in random pirouettes, the drums nail-gunning that fluid duvet down in a steady soak of adrenalin... If you ever get the chance to see them… take it... would have left Kidshirt with a massive grin of satisfaction... 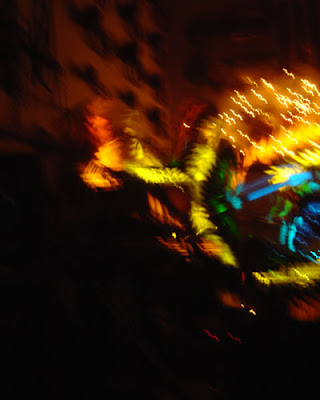 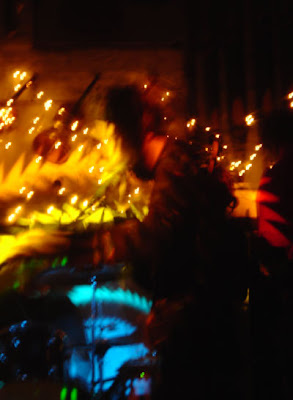 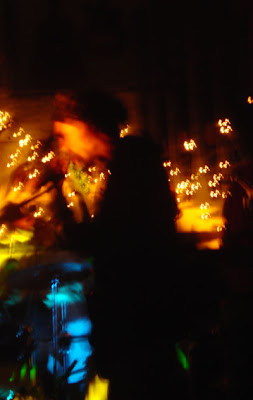 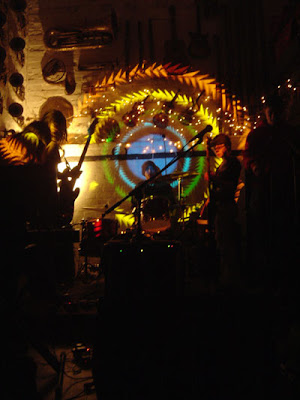 Unfortunately had to leave before Mr Brick and the rest of the bill hit the stage, but I’m sure they were just as phenomenal as the acts they followed… on the way out one of the musicians spying my guitar case asked if I had a tuner, my reply being 'Sorry mate, I’m always detuned'...

Anonymous said…
Hi. This is Pete, from D Bear, is it okay if I use those pictures of yours for the myspace page? I've credited the blog. Cheers. If not, I can evaporate them.
Monday, March 16, 2009

Cloudboy said…
no worries feel free... got a few more but they be all smeared and indistinct... really loved yr music btw...
Monday, March 16, 2009

Phil Cooper said…
Thanks very much for you kind comments about The Haiku. Glad you enjoyed it!
Monday, March 16, 2009

Cloudboy said…
those fingers must have been stinging after...
Tuesday, March 17, 2009