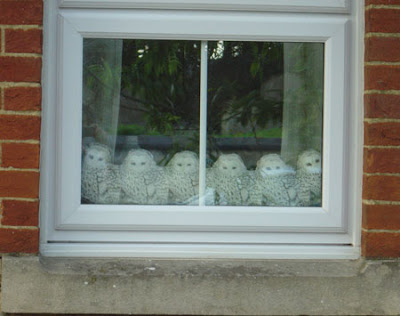 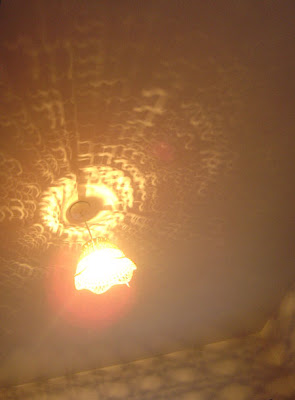 A mild Summers evening, the spilled beer mixing with the summer air, beer festival antics over the Wharf-side, the cheesy feel-good vibes are excreted from the sausage machine as a tide of drunken stumps career like badly dresses zombies, Mr O explains that this is fighting/spew alley after the pubs slam their doors, I think maybe it’s something to do with the Victorian brickwork… but it’s way too early for that kind of shenanigans, as everyone seems to be group hugging, cheerfully intoxicated. On the way to the Bell we pass a wedding party, the bride a burly builder with an unique sense of haut couture…

Arrived, but didn’t look like anybody was there yet, so we retreated to Mr O’s for Oneida and tea - Enemy Hogs and slurping, as he showed off his latest Frome purchases … is that a plastic horse galloping across a grassy tit… the people inside look like they’re stuck in a 30’s timewarp, never heard of the band, but Paul was a treasure trove of musical ephemera, filling in the blanks, leaving us like Enid Blyton children hanging on his every word… time travelled quickly, stateside Polaroids, silhouettes and eclipsing suns, then it was back to the Bell ...

… We pay our 4 quid and we’re greeted with smiles from the Thought Forms posse, who were deep in sound-checking territory…

Later in the garden, the Yatesbury story teller is in full swing, telling us ‘Country tales, us townies will never comprehend’ … there was this ancient inquisition device nailed to the wall, Mr O reckoned it would make a great pyrotechnic display, I was thinking of burning fingernails and trophy hands. 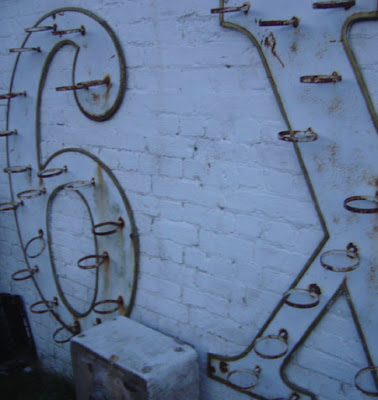 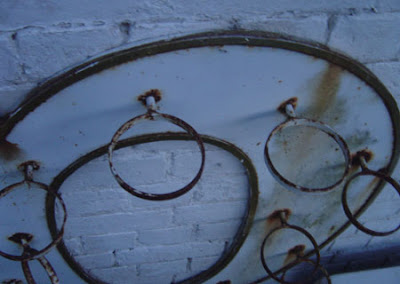 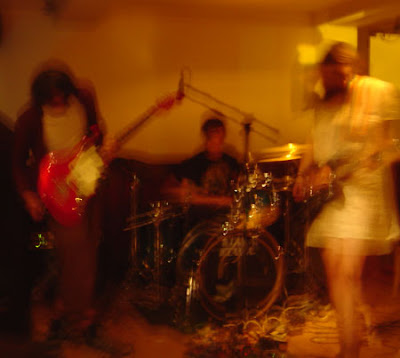 Thought Forms were on good form, spreading their magic over this sleepy market town, as the trio worked up an aura of intense sonics and protracted storm…, sounds gliding down focused channels, then released from a jagged mouth of lush collapse and kissing tinnitus … The addition of cello was fab, it cut across those deep cords Deej was divining and the broken drum signals Guy was working through them, an obsessive vibe sucked at the air, godsped shadows raising the walls then cut dead -here’s hoping their Colston Hall show will contain a fifteen minute version. 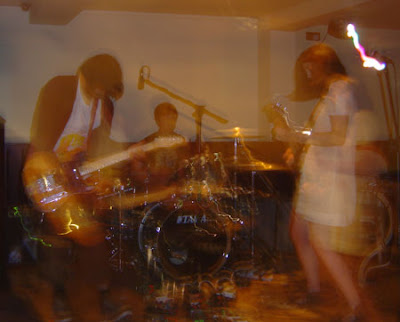 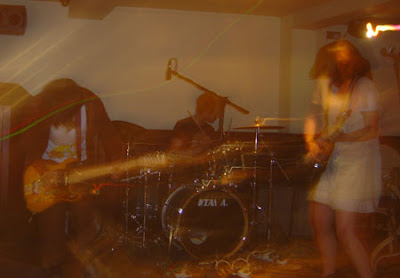 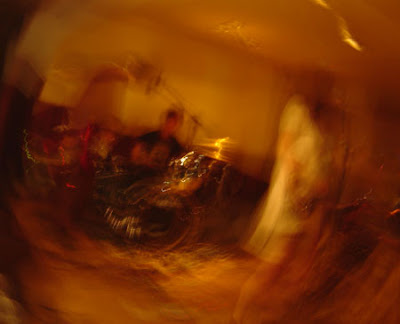 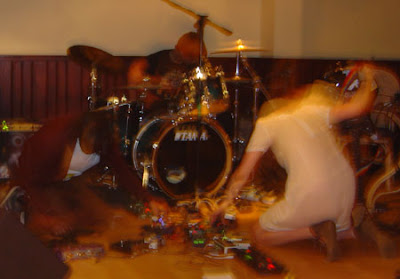 Disco Nasties (all the way from Manchester), stated ‘if you like music you’ll hate us’, they couldn’t have been further from the truth as they turned out to be a satisfying punked-up pop fusion, a blur in fact - like a whizzed up J/Pante / Vampire Weekend hybrid but a thousand times more vivid than any Radio1 bleating lamb… 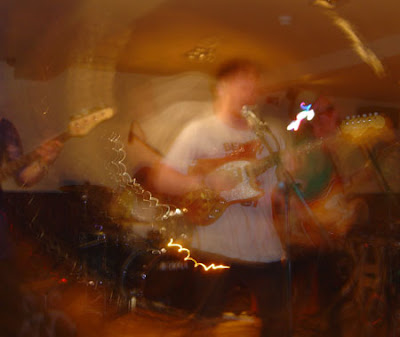 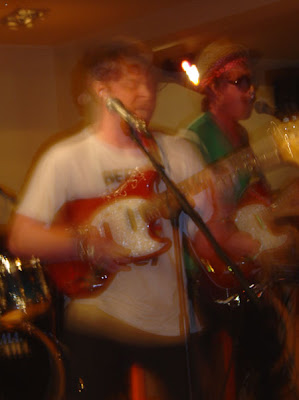 Hard n fast, not an ounce of bulbous, gurning expressions, burning up the banalities of life down hyperactive chords and doppel-gangered drums. The singer’s tee-shirt turned transparent from all that leaping about… my constant knee jerking quickly morphed into a seated mosh-down… a total loss of sound from the lead’s guitar failed to dampen the action, a blip that was quickly rectified.... 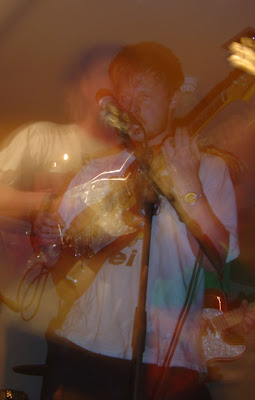 At the end of the set, the mic stand fell at my feet, I couldn’t resist a scream of appreciation , but the wreckage of abandoned instruments turned it into a dog’s whimper... a little later, their girl drummer handed us all a 3trk home burn, which was met with a resounding - yeahhhhh! The only downer was finding some twat had given my car some key cut stripes.
devizes disco nasties thoughtforms