Teeth of the Sea and Oneida 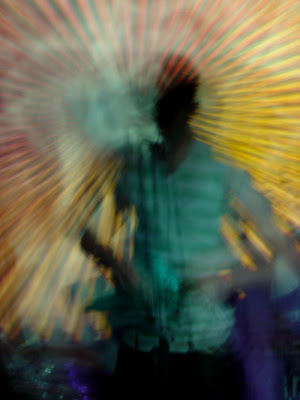 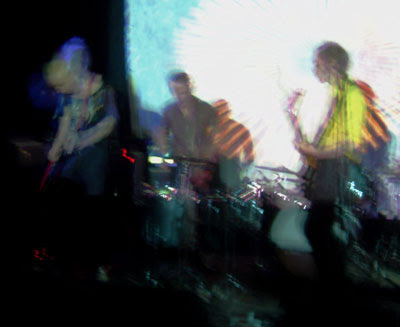 Wow…. Teeth of the Sea, or sea of teeth as I like to call them, envisioning a rolling tide of gnashing incisors … were bloody amazing, so excuse the lack of pics… those floor tom’s killed me with their viciousness… early 80’s post punk shivers… Dance Chapter, In Camera (no not the Heemann project) even Mass…broken-youth-musick, the guitar’s blackened silhouettes on a grey skyline… Eyeless in Gaza napalm… that crystal skull piercing light of urban bonfires…you could taste the vivacity, as the bleached blonde guitarist pulled Rowland S Howard shapes under those driven power punches… a bit of trumpet and the odd sample crept in their, but it was the drums that stole the show … 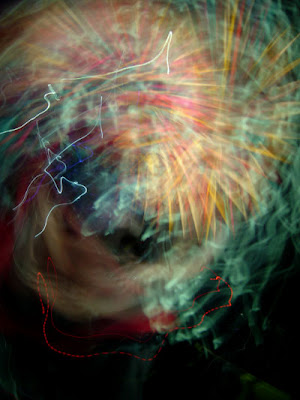 The holy O-NEID-A topped the night, stabbing out big chunks of monosyllabic rhythm and then sprinting away with them, a crazed poster paint fight of fuzzy knife edges and insane drumming, guitars piling on the saturation… blistering… 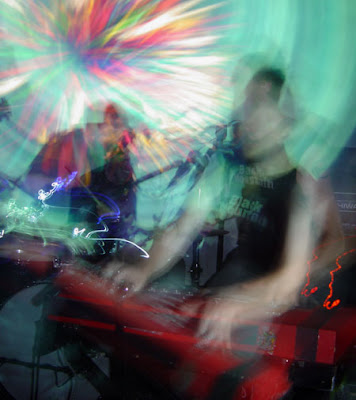 20min songs full of that 'is it finishing - no - it’s re-igniting' velocity, the two keyboarders knuckling the ivories like spastic apes pickled in an ocean of sweat… and damaged vocals… these guys were a tour de force, carving it up and leaving you mad for more……

oneida teeth of the sea