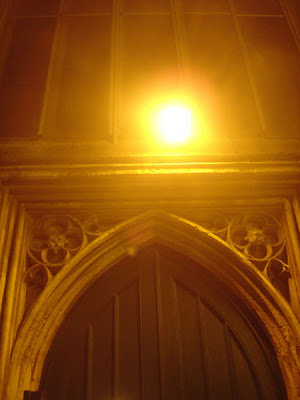 The Trinity was a fitting venue for this double bill, a deconsecrated church with huge oak panelling running the length of the stage…the vestry tucked away in the half light… beams disappearing into the darkness, the place oozing gothic… 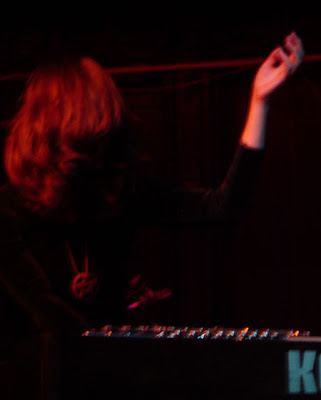 The first band were Blood Ceremony and hailed from Canada, they were fronted by this Velvet clad pixie with cobwebbed legs…a wooden pentagram swinging from her neck… Throwing out frozen poses, palm stags and clenched fists between power chord heaven and Korg churchy swells… Occasionally, she supplied bursts of flute that were jaunty foils which leapt between the rock action, Mr O reckoned they sounded like Led Zep, but more folksy… I quite liked them, but wished she’d used that keyboard more, it had this delicious Dr Phibes vibe… The last track was about Pan, some joker next to me shouted out ‘what, frying pan?’… 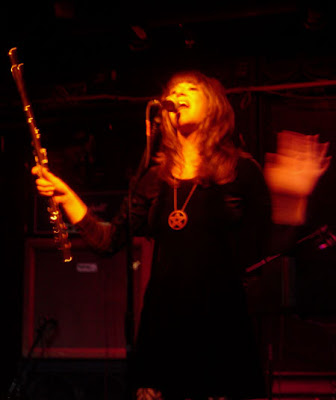 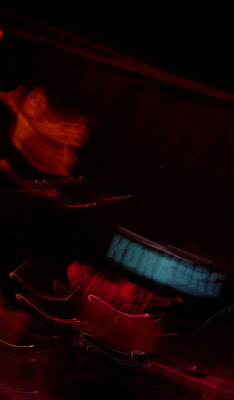 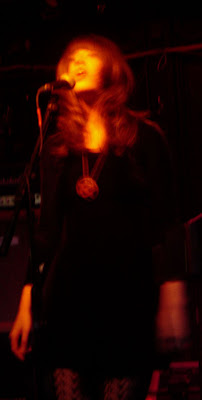 Electric Wizard blew the cobwebs away… A monster of power-chords and drums… with plenty of School of Rock guitar luv… … The lead, full of enthusiastic fret noodles, classic facial expressions floating away with each lick… Hair was swaying everywhere to their heavy riffage, the Wizard vibes reducing the audience to a tide of nodding heads. 70’s chromatics came a flooding in, with flashes of mosh violence from the crowd, the lead’s head haloed in a glow of yellow… 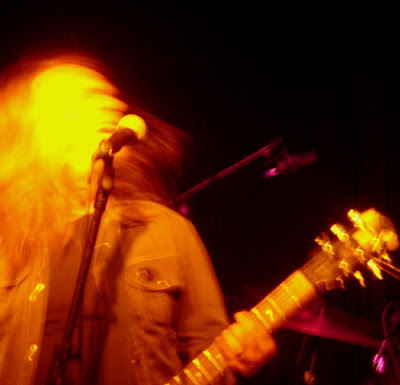 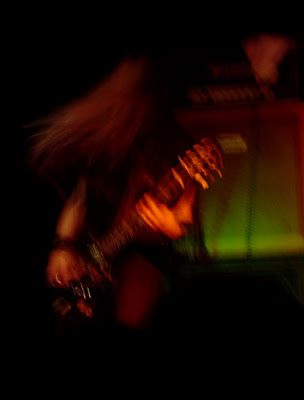 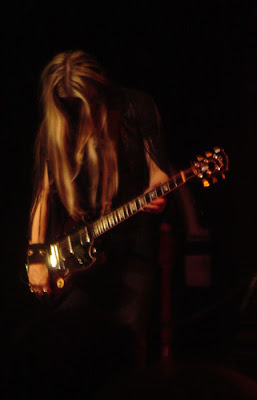 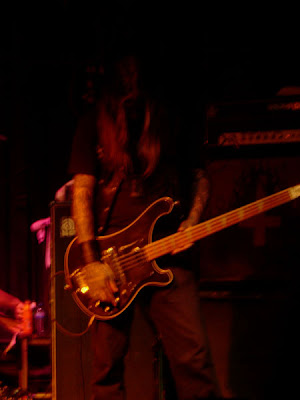 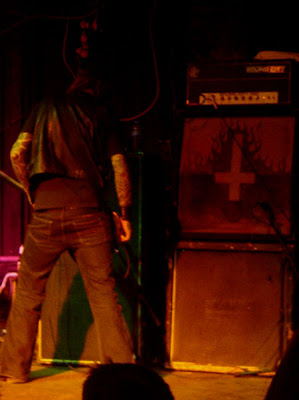 For the most part, the scary tattooed bassist just stood there stoic, like some apocalyptic statue, Māori ink spread up his arms, eddies of white swirl on the elbows, face swallowed in shadow .. just his fingers dishing out the meat to the hungry… 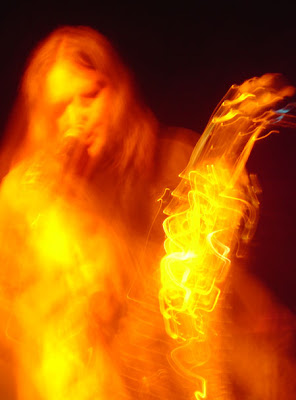 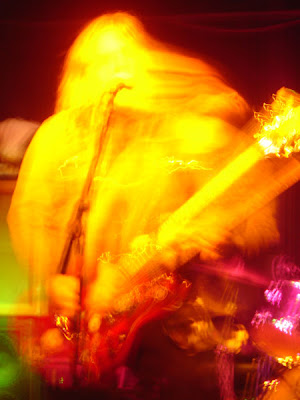 Recognised a few tunes from their Witch Cult Today album - the almighty Dunwich and Drugula, however, the show soon bled into unknown territory for me, each track bookmarked in plenty of stack worship…Somebody behind me was shouting Wizzzz-haaaard through the riff-soup, was half expecting Gandalf to come charging across on his white horse… Later, the band upped the tempo and a large proportion of the crowd went into a primitive scrum of pushed bodies - by the time Wizard left the stage in nasty fedback squeal, the crowd were pure wreckage…