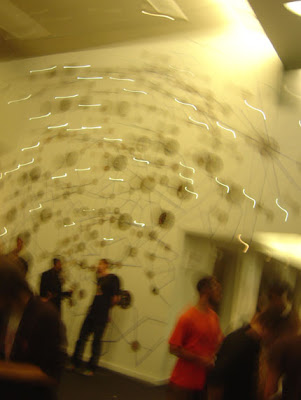 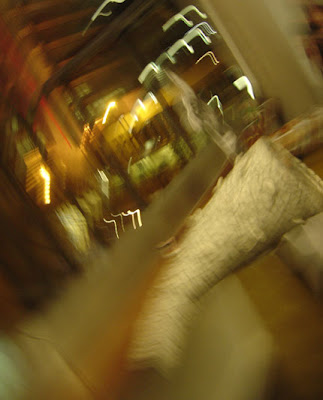 The place was packed…Thoughtforms were in the foyer… filling up the empty sky-space with distorted thunder; we hung off the stairs, soaking it all up… as always, I was loving them, the tide switching from menace to mesmerising as the tunes spread out of their original outlines, like a berserk sewing machine playing patchwork crazy paving with your head. 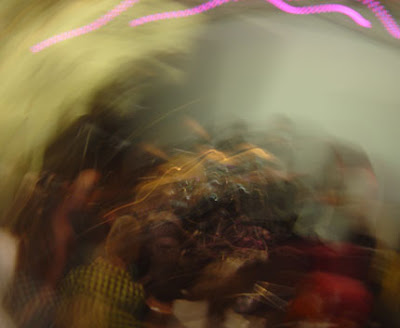 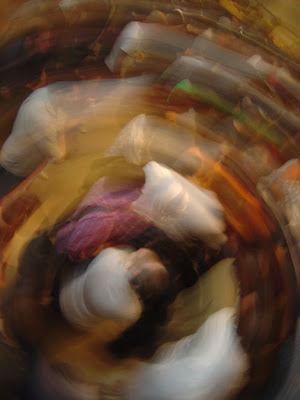 Cloudboy jr was grinning as Deej sacrificed his guitar in depth charged collapse – wow’s beaming out of his eyes, as he looked up and said ‘They’re better than Nirvana…’, the last two tracks were seriously damaged, the final a fx-ed conversation of cross hatchery and gallowed strings… a blistering set that guaranteed a stampede towards the merch stall. 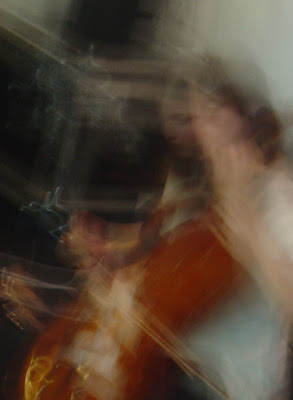 Next it was a main hall treat from Matt W, a self penned score for Baphomet, A hybrid of Emerald note assembly and Baba Yaga’s distended vowel sounds with a smattering of old time latin cream to seal the arcane deal, I was getting an extra special pan-sonic remix through the ill speaker in front of me, as the dead skin cells of concert goers long gone crackled through the diaphragm … 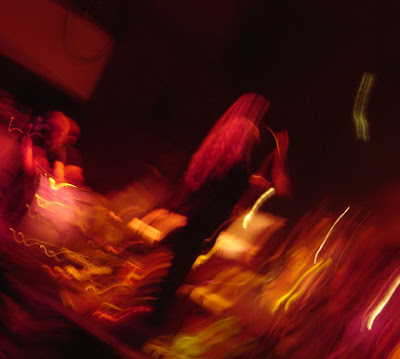 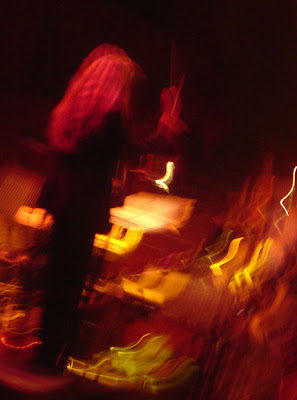 please permit this hell shitttttt, go the choir and Cloudy jr looked up and bluntly said it was rubbish, but I was loving every minute and my son's just a complete guitar disciple, wishing I had remembered the bloody video camera though…. this skewed academia of slashed strings and drum rumbles was giving me the sonic shivers… 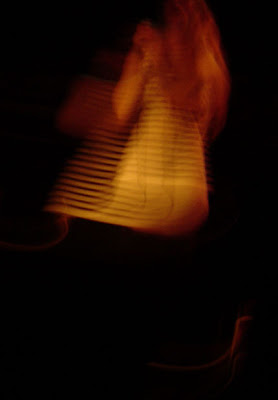 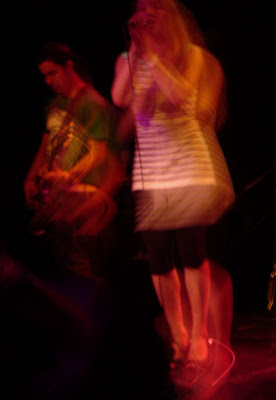 Last time I saw Rosie Red Rash they were all girls, looks like two of them have undergone a sex change… A punk foursome with the bass sounding all dub slap, with plenty of beaten propellant…the front girl vocals clinching the deal. I was a dancing comedy of shaking head and flailing arms for a few tunes, with the closing ‘Zombie’ complete with b-movie screams being something rather special indeed… I grabbed one of their cdr’s for junior, costing a mere quid… 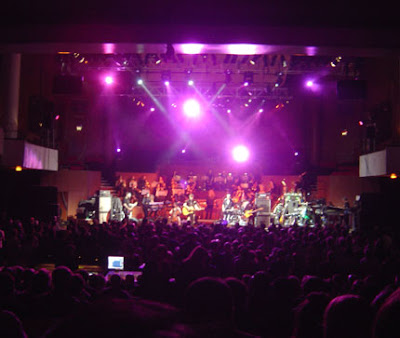 Caught a bit of Crippled Black Phoenix from up in the gods, they were bobbing specks but the sound was anything but… an ocean of heads below us… Wanted to stay for the rest especially ZU but it was well passed junior’s bedtime and he was tugging my arm to go… so after saying our goodbyes we hit the road with a RRR filled car... 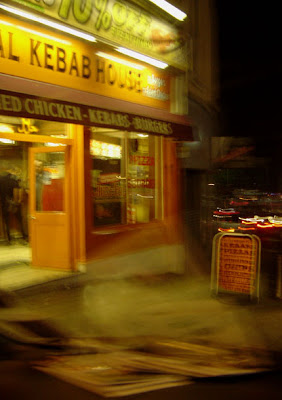