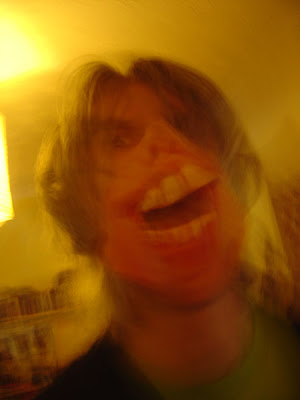 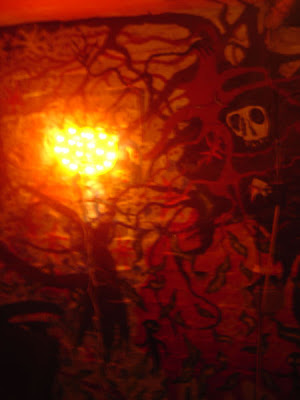 31st of October - in da basement somewhere in Bristol 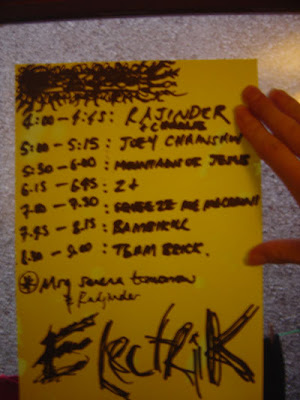 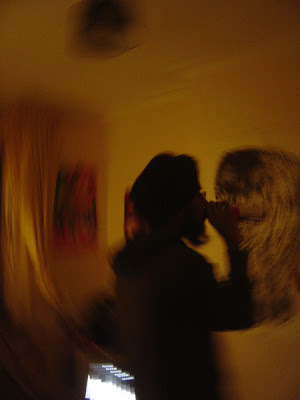 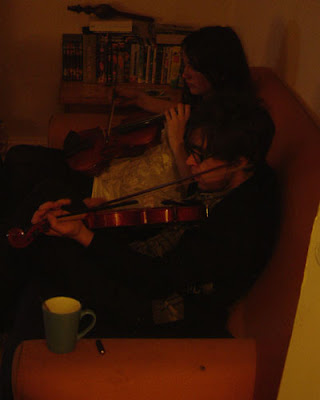 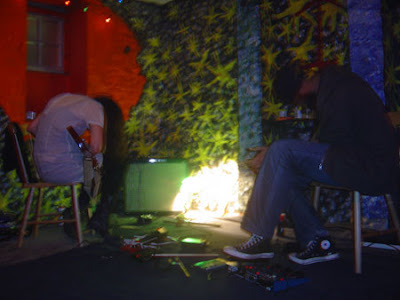 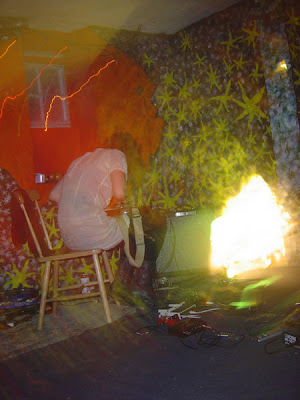 First up Rajinder and Charlie were hunched over in serious guitar surgery, brewing up a raggedy man full of rusted hinges and blazing paper lanterns...there was some incredible communication going on as scratchy seismographs moved into evermore tortured shapes, their huge vibrations crashing the camcorder and splashing fossilised colour. 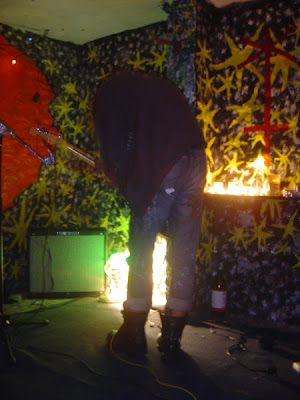 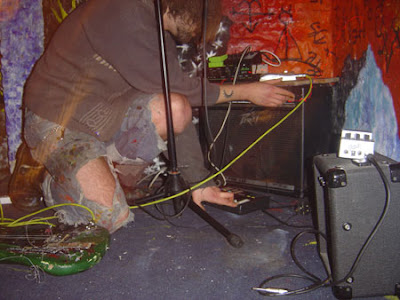 Joey's set was fleeting but burnt skull bright as a ghoulish vox mixed with concrete crows picking at uneven tarmac, a haunted barometer boil... filling his mouth with the mic getting straight to the marrow, massive boots rooting him to the ground his vibe suspending time as empty windows played out reverse histories in graphite scrawl . 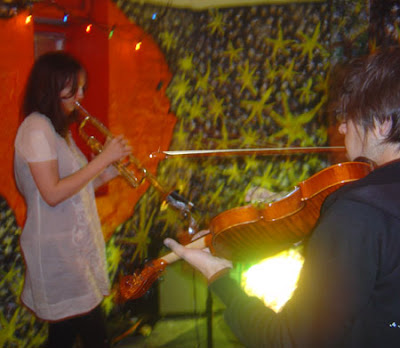 Mountains of Jesus were born from the tiniest of sounds, echoed strings and trumpet husk but really working themselves up into a sonic hive of contact mic(ed) mayhem and one word shrieks... 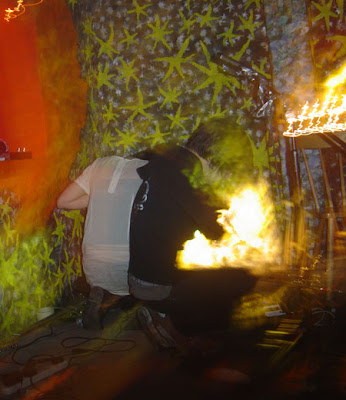 both conjoined at the hip, descending into a Siamese twinnage of destruction... a violin tinted repose closing the set... I wonder how many Jesus' make a mountain?

Z+ bled pure twilight...beauty is only beauty when it's nailed to the floor... the two guitars and cello breaking out of that quiet resignation to throw out angry fists... I must grab a copy of that cdr of theirs from Bumtapes. 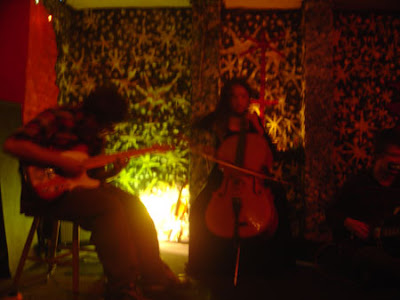 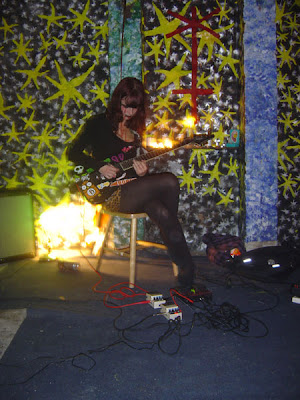 here's a clip of her in more angsty mode back in july... 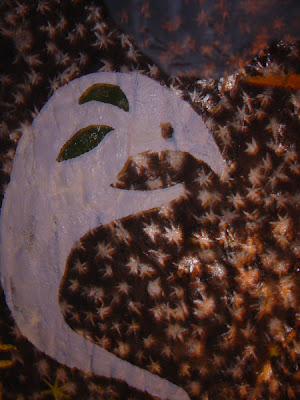 BambiKill's amber caught fairies were lush, her vox raising like time-lapsed clouds between the tilted loopage... guitar churnings finding their centre, then expanding in heady architectures, like a lake of tea-lights blinking across the darkness... 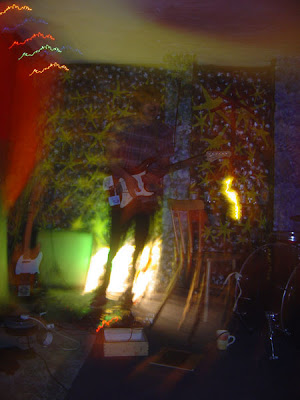 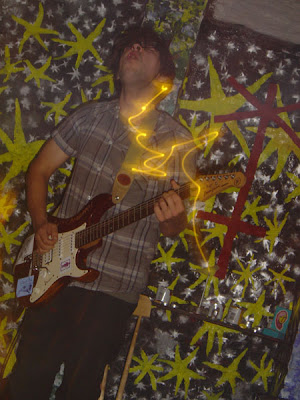 TeamBrick provided the finale - evil vox and guitar numbness, slowly curdling into a mangled melt down of chaotic directions --- falling into some blindingly tight drum work --- take/ take /take/ more /more/ more - Lightning Bolt paragraphs ending just there, as Autumn was cast into the flames for another year. 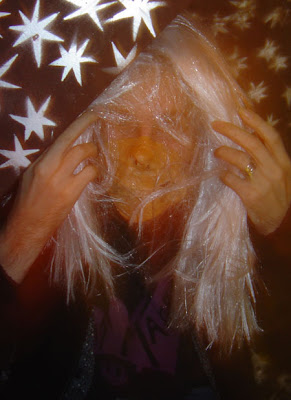 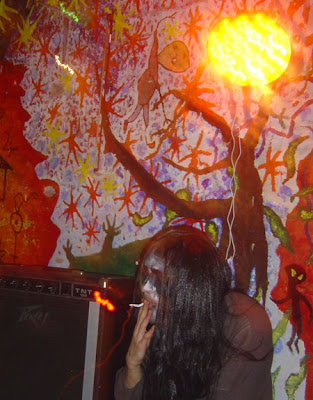 joey chainsaw said…
messege z+ on his myspace for a cd!!

its awesome! and so are your words, as was the nite!! we do it again!!!

as are your words! as was the event! :D

thanks joey, t'was a beautiful night, i'll be grabbing a bit of z+ action soonish... and yeah we should
Tuesday, November 03, 2009

Charlie said…
THANK you for review and picturs and being there!

next time- you play!