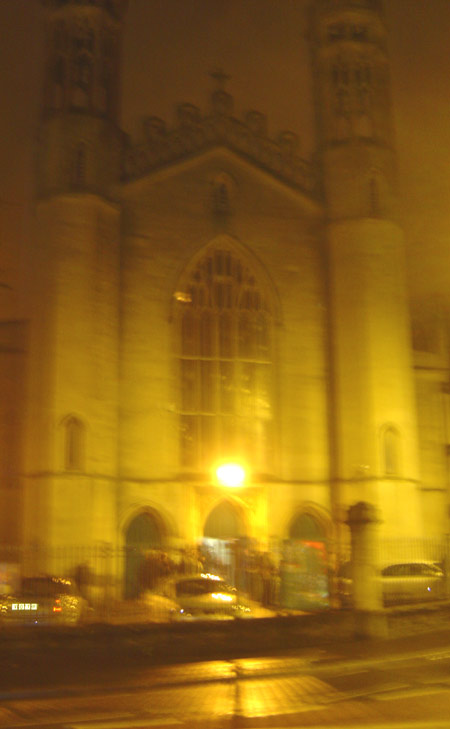 Well this took the notion of performing to new conceptual levels...the support BJ Nilsen mysteriously absent, his creation just played though the pa... an assault on the ears ...Stormy weather, full of massive 'jump out of your skin' scary thunder claps and sheet glass rain that descended into central line oblivion... all the while, dry ice filled the place j.ripper stylee, the hiss adding to the unholy dynamics... Would love to see this released in some form or other... 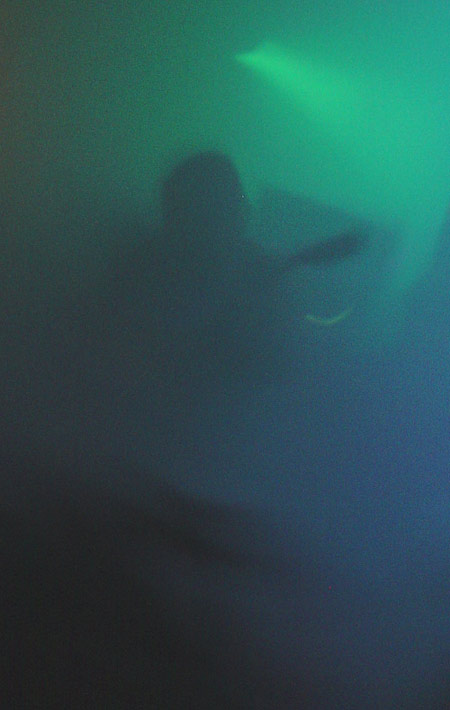 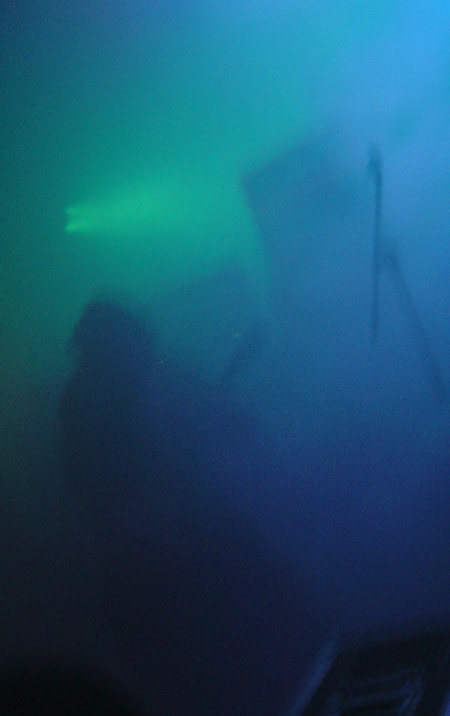 Giving us a live rendition of their latest release Monoliths & Dimensions, Sunn 0))) were all robed up with Stebmo's keyboardist elected to supply the Korg quake and trombone howlers... The ampage around him was so ridiculously over the top, O'malley and Greg had to merely brush their frets to produce a crevasse torn and bleeding earth. The type of noise that made your clothes vibrate round your skin, sick tremors that ripped right through yer. 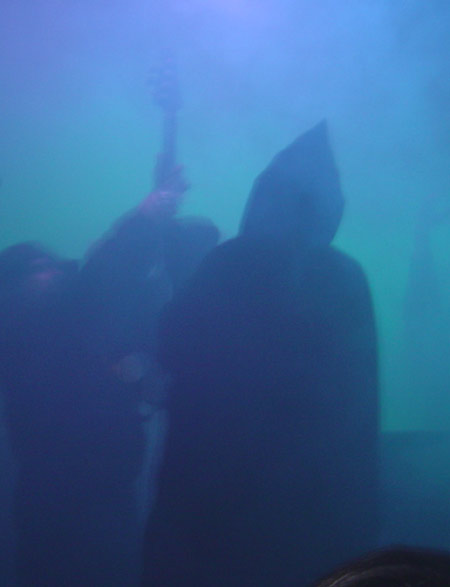 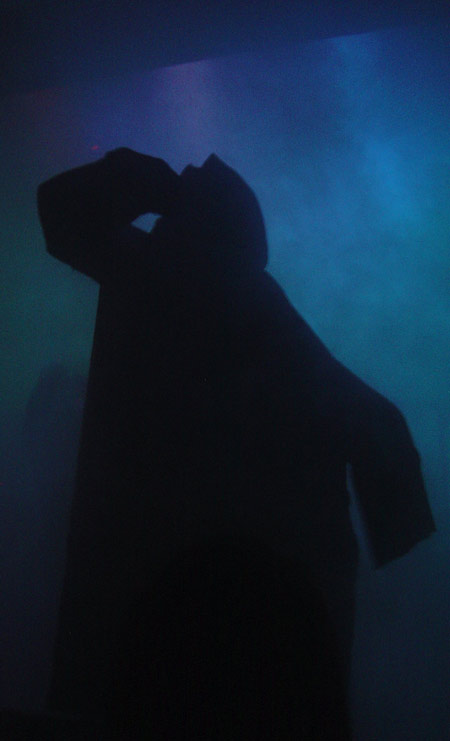 Completing the picture was Attila Csihar (well it sounded like him) giving out the pitch-black vowel action, the ferocity of which more than matched the power of the mangled fuzz that was being wrought behind him, accompanied by lashings of occultist posturing. Half way through, he switched his robes for a motley, 'statue of liberty' garb, his face caked in shrunken plastic , a matrix of red lasers flowing out of his fingertips... 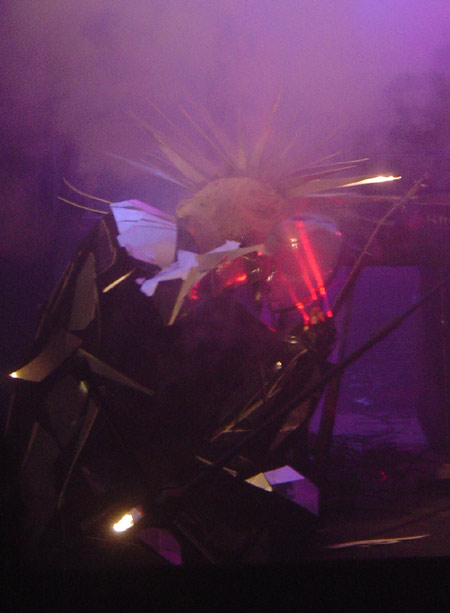 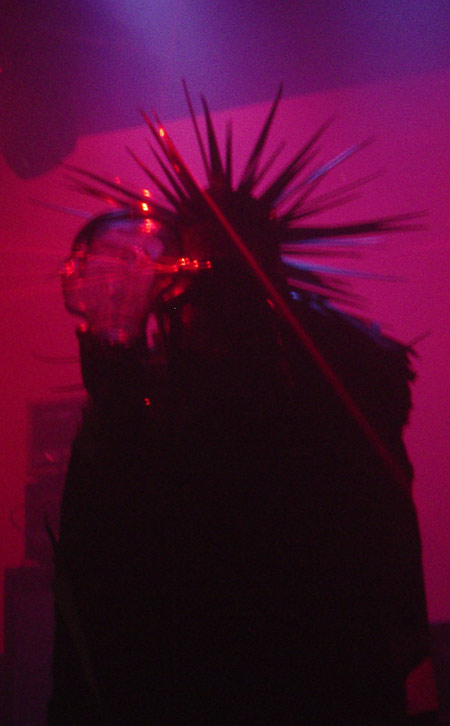 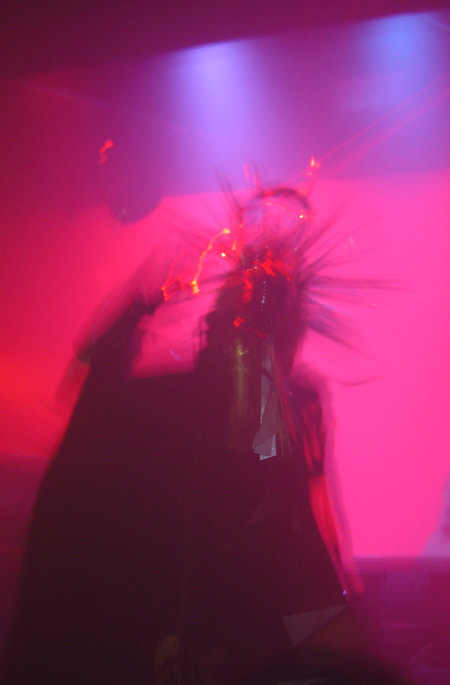 the beams distorting through a cosseted glass head ... thrown like pox blotches onto his spiky crown. The microphone sucked into the rotten hole of his mouth, as plunging chimes were fed through the blender... everything glowed volcanic... crimson tides darted through the audience...... these boys knew a thing or two about showmanship... As end of year gigs go, this was up there with last year's Damo Suzuki... 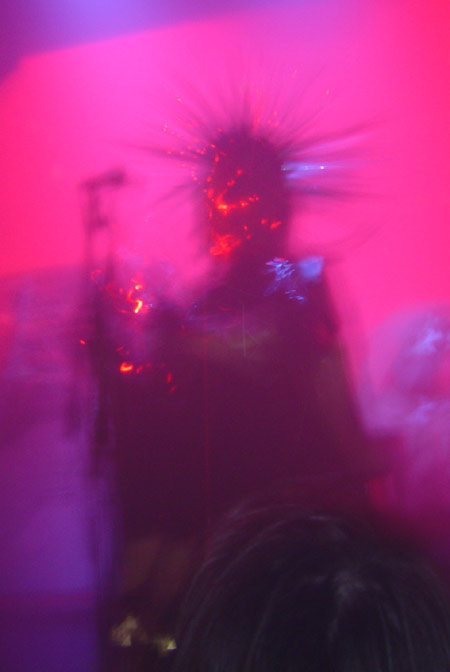 gareth said…
great pictures man, you must have been really close by where i was. i was stood near dead center in the very front row.
Monday, April 26, 2010