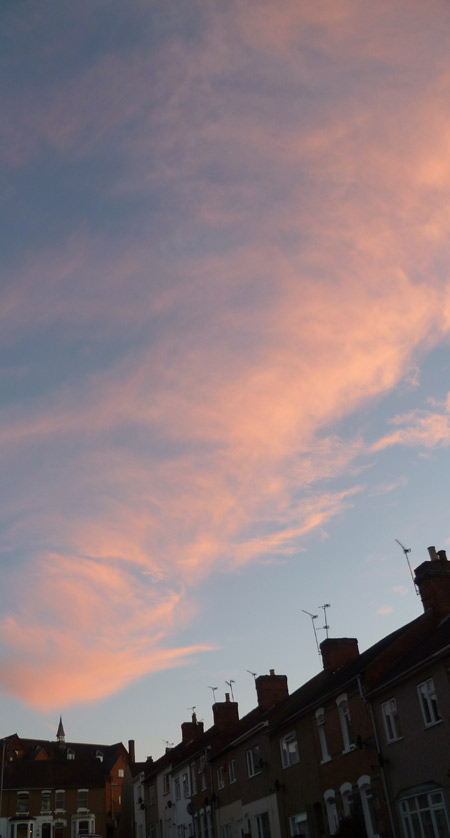 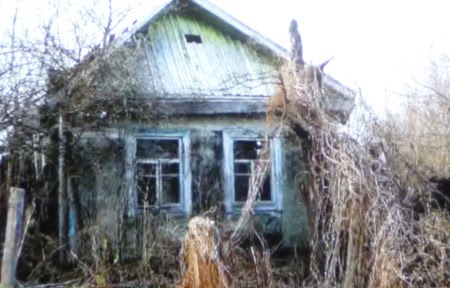 Pripyat Chernobyl ... Hashtronaut (love the name) set the mood... accompanying visuals supplied by John Sherwood. Each one blurs into the next... the ambient torso crumbling along with the paintwork... The resolution painterly, tactile as you're drawn closer... deteriorating into crackles and spikes from the speakers, as if splintering out of the reactor's sarcophagus... Dusty, tomb like charges throw out a tide of echoes... underpin ... counterpoint the rust, rotten frameworks... the still photography is very apt... abandoned gas masks, a tree growing out of an apartment floor, a chair positioned close by, as if the viewer had just disintegrated.... A child's teddy bear head poking out of the concrete... the guitars float in... sort of work, but the steely electronics are much better conveyors of this poisoned landscape... Closer to the power plant news reels began, the enormous clean-up, little medical masks affording little protection for the workers... I remember watching the news at the time... lead clad workers scraped debris from the roof...then weeks later the deaths, images silhouetted in memory, sobering sounds..

Chatting to the guy next to me, I have a nagging suspicion I've heard his voice before but can't quite place it.....

The Swerve Dance stuff up next supplied a welcome break … conversations with a rub of bodies, then kelp like dresses leaping Cornish rocks... warming up for the last act... 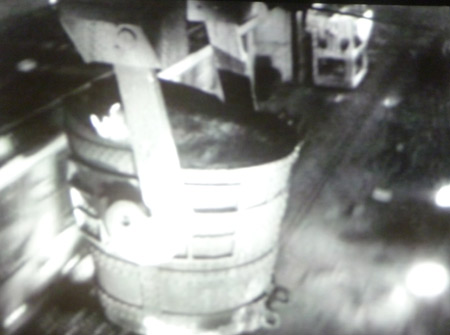 4m 33s, named after Cage’s party piece, manipulated pre-recorded drones whilst throwing out chilly triggers to the slow-mo 1930’s steel works on screen …the sonics a real measured burn that crept into you… lots of spicy variety to keep the attention from wandering… Sounded in parts like SPK circa Byzantine Flowers sans the ethnic licks… tastily filmic … the depth incredible… echoing the industrial might panning out on screen.. percussive swells and shadowy hues to plumes of white hot fluid… 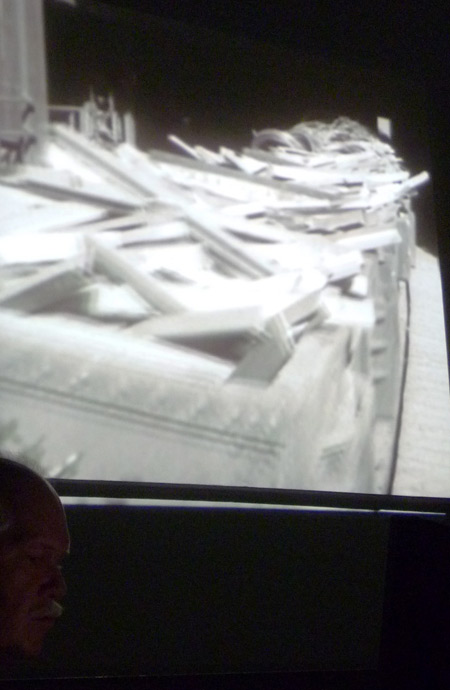 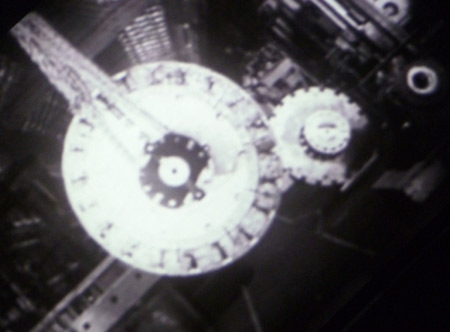 His second set was imbued with a mystical vibe… petal patterns revealing swastika hearts… sweeping textures , riddled with varicose veins… backwards cymbal slipping over hollowed deities, and ebbing tongues… Calling this ambient would be a great injustice... far too emotive... chatting after the set, he tells us about this first job scraping the moss off the foundry roof... just a thin bit of asbestos between him and possible vaporizing in the molten steel below... the night sky glowing orange like some Hieronymus bosch backdrop. 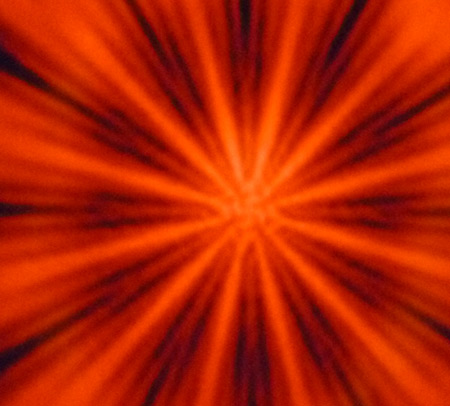 Outside, I bump into the guy I was chatting to earlier, turned out to be Ray Ward of The Ray Ward Trio... illuminating my previous deja vu blur... Mr Olivetti give me his LP as an early birthday pressie a while back and I've been loving it's odd charms ever since... great bloke whose eyes sparkled... made navigating passed the beered up idiots on the way home that little bit easier... 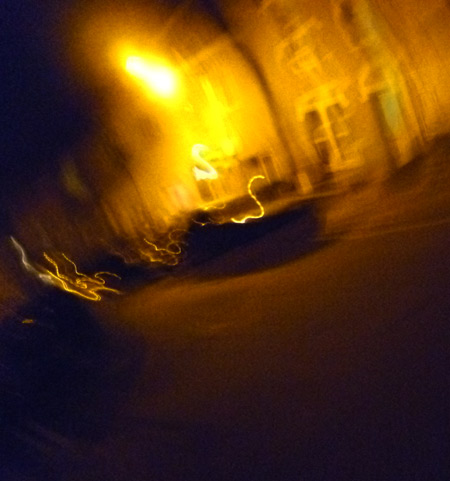 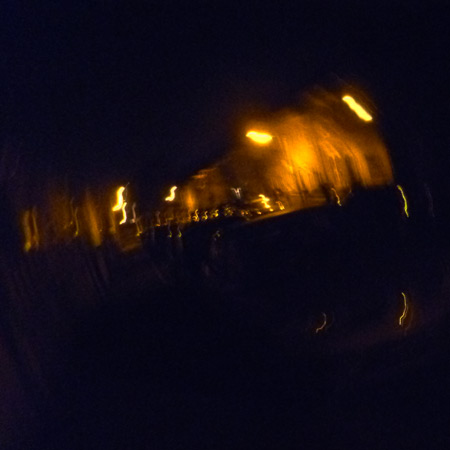 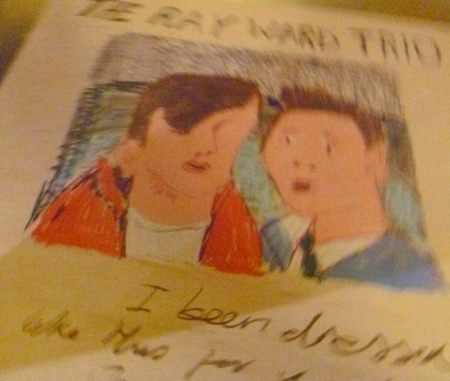 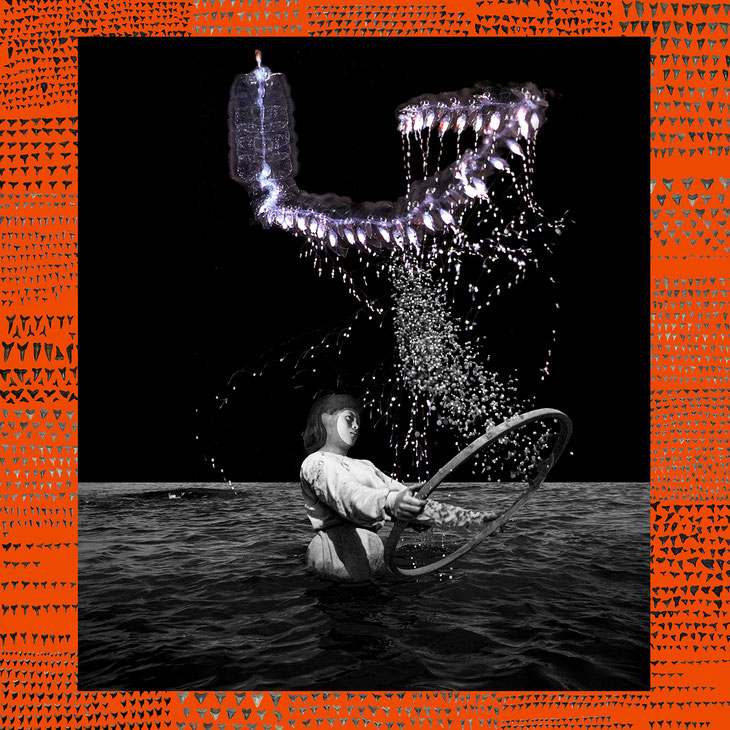