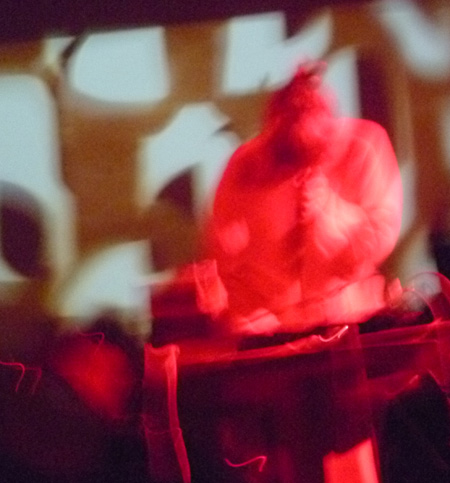 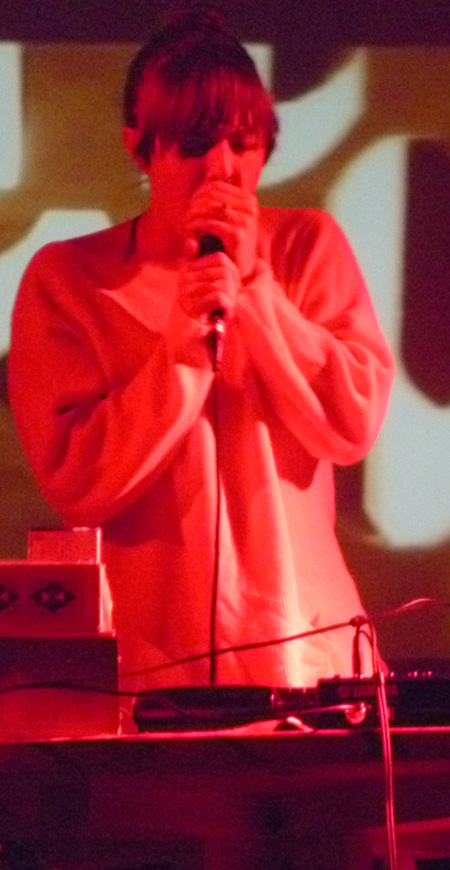 Been eager to catch US Girls, since listening to Megan's set on the Free Music Archive. Live, she wasn't as abrasive as I was expecting...way more polished. Using tapes as source material, she chopped them into sequences... herded their nuances, enveloped the beats into lush little loops, which she sang within... a bare boned kick box of ideas... her vocals sweet n slightly sinister, like Alison from the Cranes, or at other times, a seductive mirage of some late 60's backing singer, really beguiling stuff... 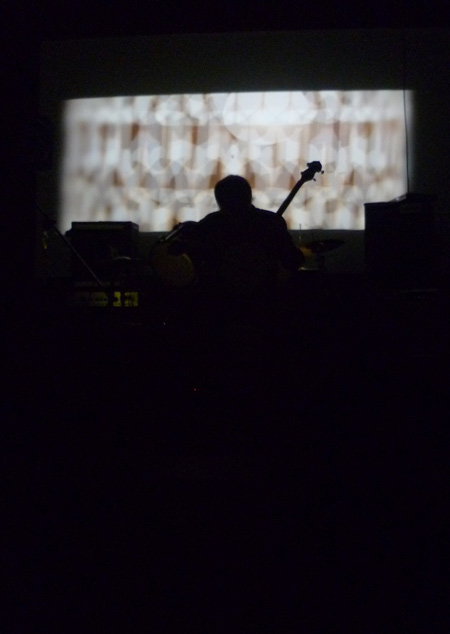 Before her, came Hellvete, a solo off shoot of the Anfang posse… That droney yurt ambience he was giving out, certainly had a strange flavour in the near darkness. The hypno-70’s lamp shade on screen was full of deceptive realities that bled into the bowed overlay of banjo …A blissful palimpsest of wolf hair and cross hatched blister… the density cutting out to a country tinged twang finale... 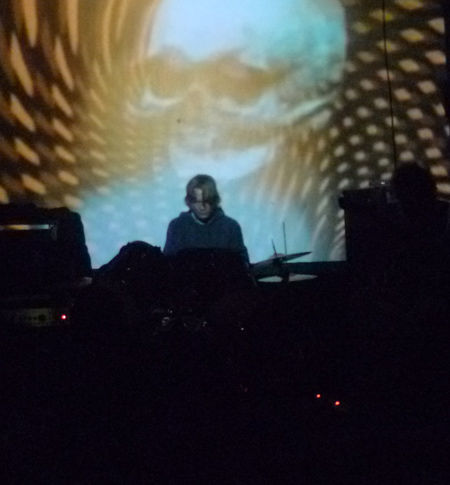 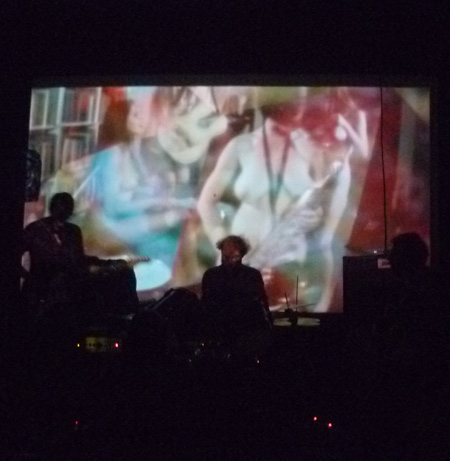 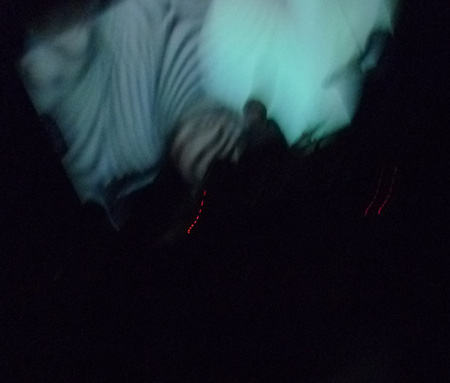 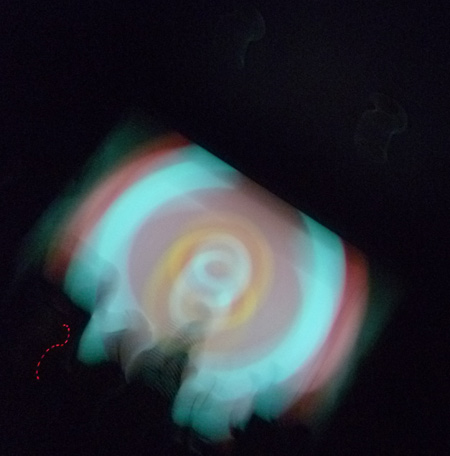 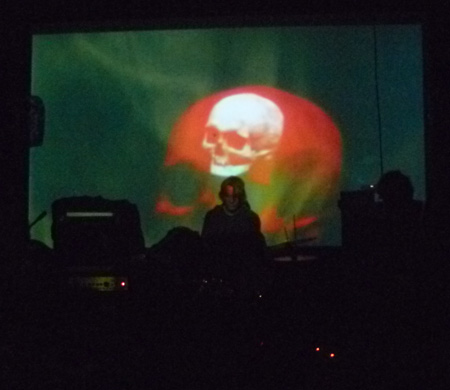 Was feeling a bit shy for some reason, so didn’t chat much with the boys… but a quick chin-wag with Hellvete revealed that a new slab of Anfang vinyl is in the works… cheekily I suggested it should be 4hr box set…
hellvete silvester anfang 2 us girls