Sooooooooo, Sam Bucca is back in the Rottenmeats musical refrigerator after a several year gap in which his bottle was opened but the contents rejected. However, he's still within his 'Best Before Date' (currently slated as 2053) and ready to share with you his sometimes mouldy, pungent views and reviews. Drop in a couple of beans, and light up a flamer....

Salutations, browsers and carousers of the world of noise. Last night (the 19th of Nov) Saw master Cloudboy and myself saunter down to the bright lights of of Bristol to enjoy a night's stimulation at the ever fantastic Croft, a venue catering for the widest range of extreme and experimental music. My personal mission was to witness Vena Cava in action - but it was a bonus to discover that our jaunt coincided with a wider night of entertainment. 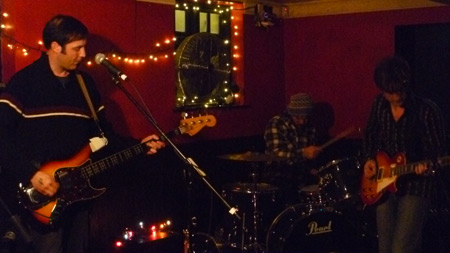 Already in full-flow when we arrived were the three-piece Transpersonals, cranking out a psychadelic pop/rock melange: Really good - jagged flanged Voodoo-vibed guitar and some excellent phat synthetic stringed bass work (played on a historic fender jazz a-like complete with 'ashtray' and finger board, Lord be praised!) - and topped off with reassuringly bearded and groovetastic syncopated drumming. Its a shame they seemed slightly apologetic to be there - especially as it seemed they drew the biggest overall crowd of the night. Com'on chaps! Get thee the confidence of knowing you're good (coz you is - a view perchance shared by the attractive young ladies who seemed to be there for your delectation and distraction!). 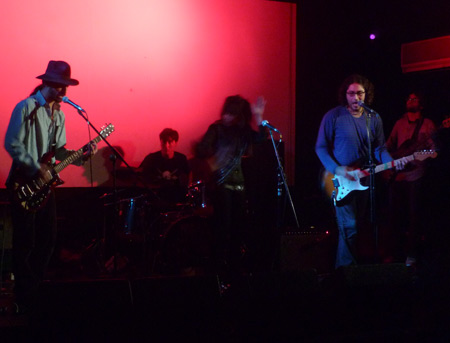 It was on a wave of pleasantly surprised euphoria, we then nipped back next door to catch Radiant Sounds of Dust - a delightfully shambolic slacker stoneresque multinational collective of noiseniks who were crashing out an early Mercury Rev styled sonic meander (despite some issues with broken strings) and the fact that the Croft crowd were constantly having to ping-pong backwards and forwards between the from and back bar. It was as frustrating as the inevitable clash of bands at a major festival - nay more so, as these are the kind of artists who'd benefit from a proper airing to new audiences. Its fair to say that the Croft was hardly heaving, so all the more of a shame that each band's own 'renta mob' didn't have a realistic chance of broadening their horizons by seeing something they hadn't necessarily catered for. (Please take note Croft - Sam Bucca believes that more is sometimes less!) Anyway, they were good - and apparently getting better by the gig. Sunburnt Hand Of The Man watch out. 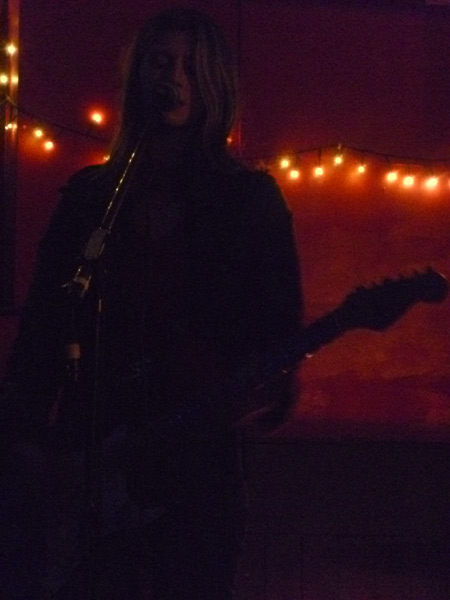 It was with regret that I had to leave RSoD after only a couple of numbers in order to catch Vena Cava. Now I have to express a bias here, as I've had the pleasure of meeting the charming trio of Bambi, Charlie and Mardt before. It was therefore very gratifying to hear that their brand of trancy looped/Loop rock was up the Bucca street, combining hints of MBV, a squeeze of metal, bar chords on the six string and chords on the bass dispersal unit. Charlie was an alluring flail of hair, sticks and beat, Mardts weeny finger's flew accurately and rapidly over the fat wires and Bambi successfully battled a detuned guitar to crack out a succession of rhythmic drones. (Only constructive but uncritical comment from Mr Bucca is that I though Bambi's vocals sounded a bit lost at one stage - I wonder if she'd benefit from an on-stage monitor?) All in all, top stuff and worth the wait to finally catch up with them! 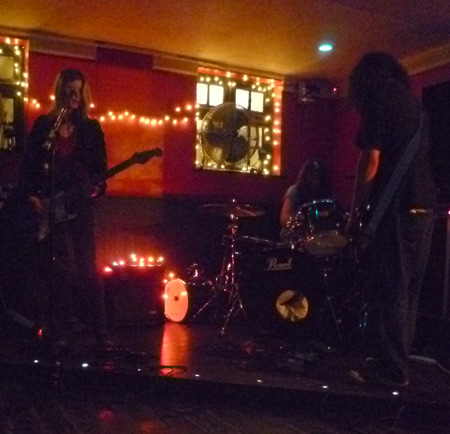 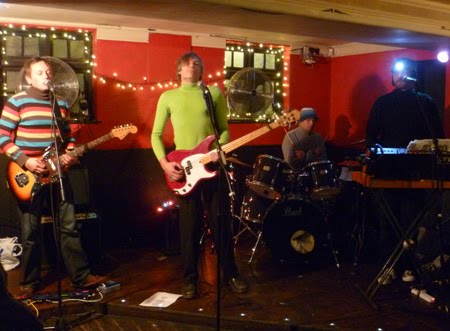 Last on were Attack Horse. As I catch up with middle age, its especially reassuring to witness people who've torn up more calendars than I have still cutting it, mixing it up and shoving it down our ears. By no means a noise band, Attack Horse were an artsy, quirky outfit very much in the mould of Talking Heads and The Wolfgang Press - with a slightly camp dose of humour and a nod and a wink. Here were a bunch, who despite being headliners saw the funny side of having to call in the audience from next door, who were slaking their throats at the bar, post Vena Cava. I very much enjoyed their set - and would recommend a visit to their very excellent website 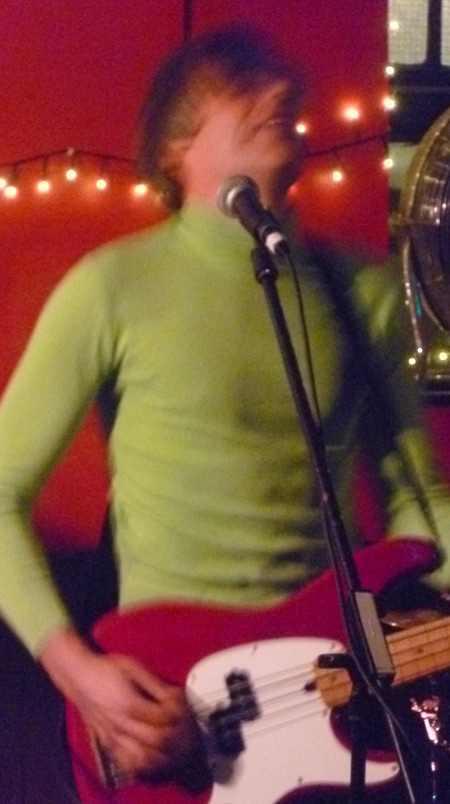 So, all in all a night of fun, frolics and reflection. A big thanks to the Croft for continuing to champion what's freshest/most challenging/ unpredictable and ultimately, enjoyable in the Bristol arts music scene - and a big shame on the apathetic shite which passes for human biomass, the goons and aesthetic voids who'd sooner stuff their ears with X-Factor pap, pants skate metal and frikken tribute bands. May your Vena Cavas rupture, may you be mauled by an angry Shire and may the dust of your decayed corpse blow to to the four winds - yer Transpersonal skills are severely lacking.

And with that attempt at a punny and topical denument, Mr Sam Bucca must retire back into the drinks cabinet and pour himself another cliche. 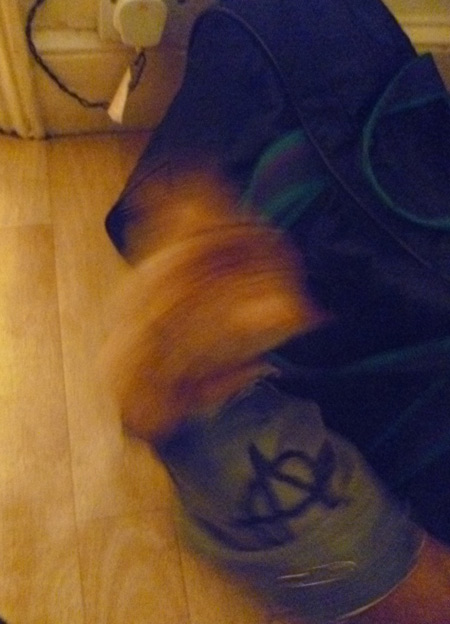