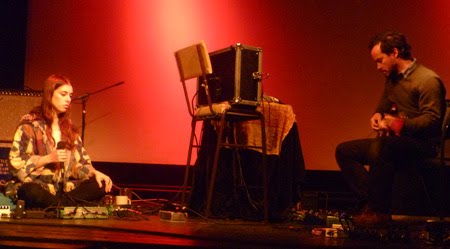 Jefre Cantu Ledesma, of Tarentel fame lingered in morhphic clouds of sound, puckering them in nodding spasms and guitar crackle. Ugly feedbacks growing out of this, sucked back into tidy hooks of syncopated ambience, gelatinous drones and pulsing filigrees of harmony... 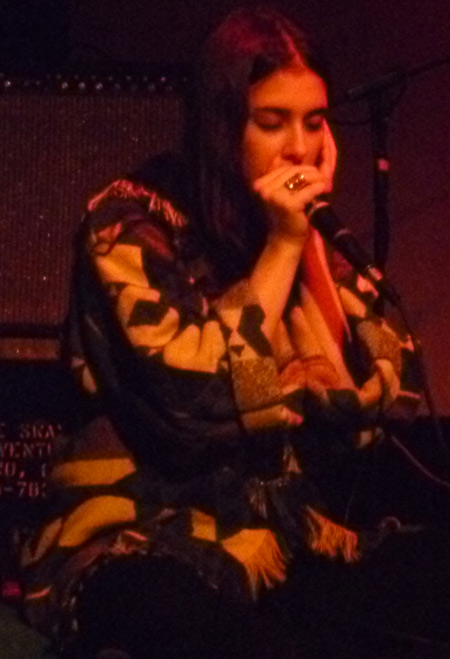 'Little girl lost' vocals from Lisa McGee (vestals, Higuma) flowing through the spider veined statics, all phantomised and enticing. Vocals that sounded like distant wood pigeons trapped behind tracing paper or at other times, like a swallowed shadow in a metallic zest... Really liked the dusky Durutti Column guitar fragments breathing out their lightness and the way they would later curdle in agitation and blistered envelopes... those rolling swells of water were lush too, sandpapered my mind in imagined surf and then that deeply immersive finale, like some electrical christ causing closed eyes and curling toes... slowly fading away on hushed vapour... very stylish machine locked wares indeed, really regretted not picking up that solo LP of his... 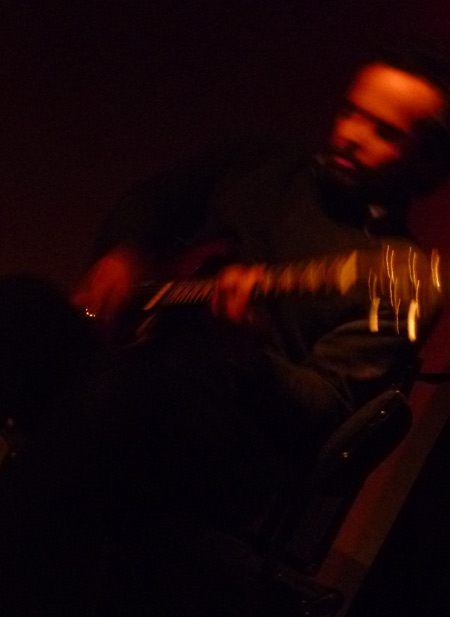 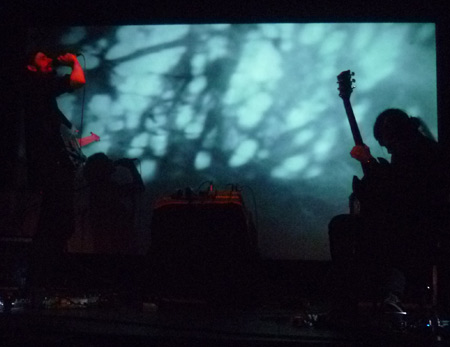 San Francisco's Evan and Jon continued the lush vibes, their umbilical circuitries and duel guitars carving it up in shamanic hues. Splitting the bass and treble between each other like ying and yang reflections, they sent cosmic swirls of loopage into a fractured majesty. 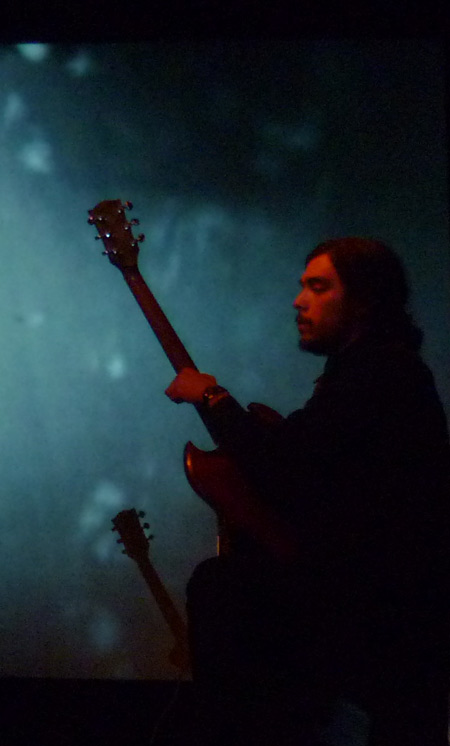 Filthy, overloaded plumes later cut into your head in piercing hum... an ugliness thrown backwards into a washy séance of slippery strings and slow bled Earth like autopsies. Sitar like fingers, contrasting nicely against the deep chord plummets, the pock marked and bleached projections behind, testament to the meditative confetti dancing the inner ear... 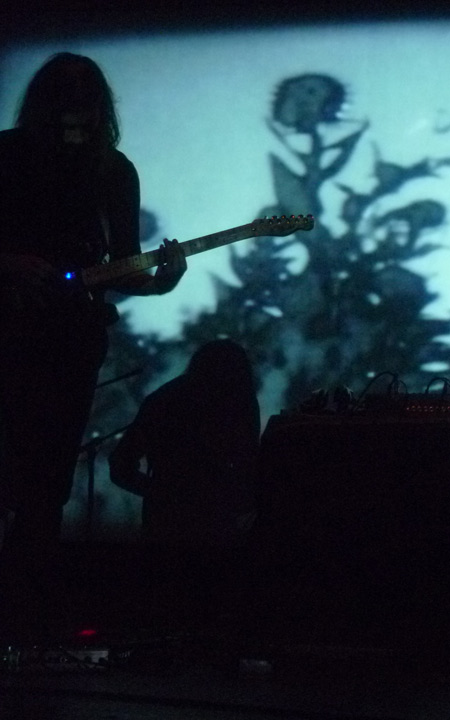 The architecture, like the gothic floods of Karl Junkers or the misshapen biblical treescapes of Dinsmoor unfurling... a teasing of shape and texture, I really felt a part of me was slipping away along with it all, disentangled from the tyranny of gravity - totally captivating. 45mins without a single let up in intensity... leading to a 15min encore that was just as satisfying (if not more so) as Jefre Cantu Ledesma's vibrating ballerinas added a melodic counter to the duo's snaking intentions... 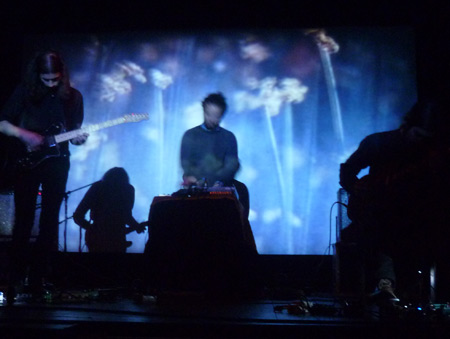 Great Baarsini said…
iii... it's been way too long... Which I hope to mend soon!

Cloudboy said…
welcome back to the land of the living... the owls are bloody lovely even solo... are you coming to the c93 Thunder Perfect Mind show?
Thursday, May 19, 2011

Great Baarsini said…
I have been extremely tempted to go but have decided against it...

I was planning to go to the Keiji Haino gig at the Anish Kapoor exhibit in Paris coming Thursday but I looked at my bank account and thought if I want to actually go on vacation this summer it's all a bit much...

These have been the months of thwarted plans...