Nurse with Wound, Bruce Gilbert and Mika Vainio and Radian 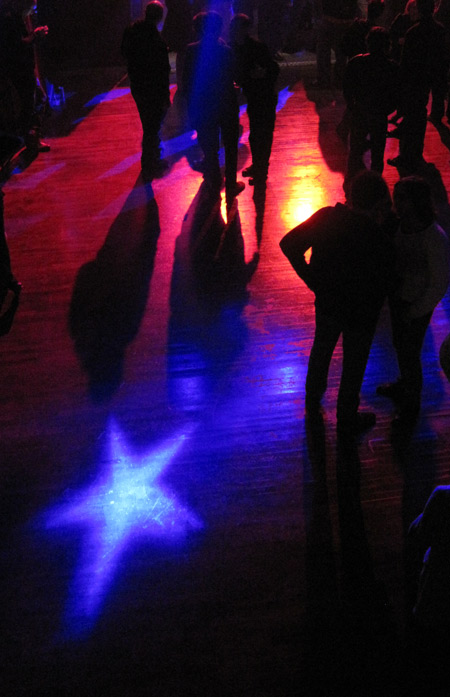 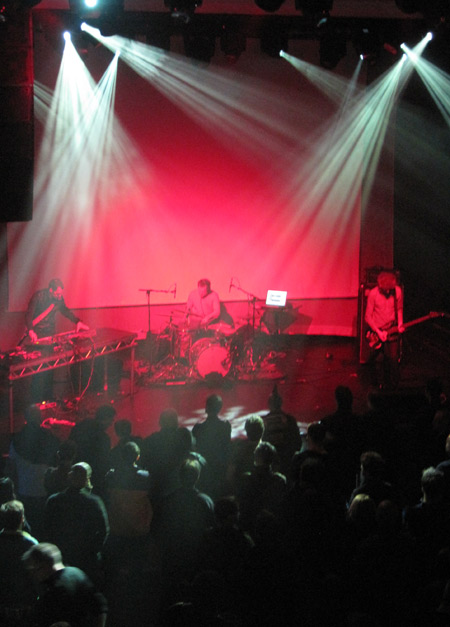 Loved the minimal post rock vibes of the opening act Radian... that
23 Skidoo ethnicity and those broken This Heat narratives were
riddled with an exciting unpredictability ... each track, a scattered
jigsaw filled with unusual colours and textures, oozing a restrained
intent that was really impressive... 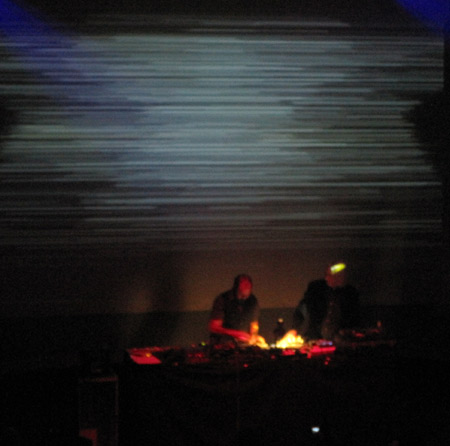 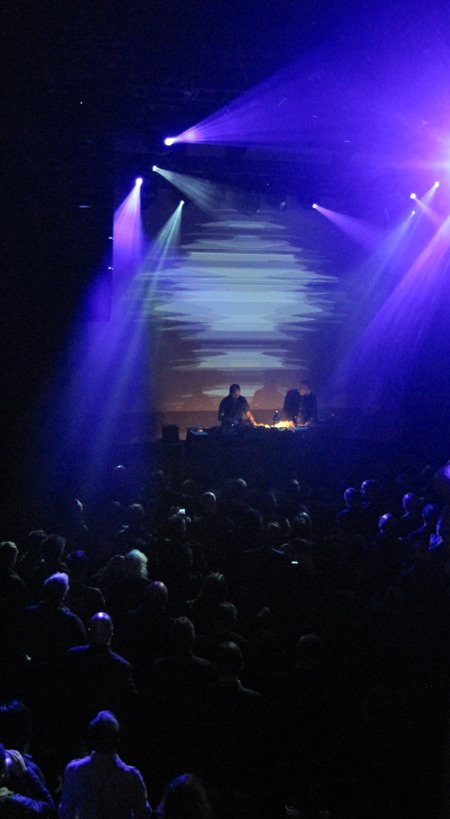 Bruce Gilbert and Pan Sonic's Mika Vainio were next on the bill.
Introducing themselves in a short burst of hi-end pierce that got the
crowd cheering... they continued with a Malaysian flavoured ambience,
a gigantic staked beauty, fluttering like a quartz split mouth of the
night... later molested in high pitched scars. Then the beats kicked
in, like sacks of liquidised potatoes slapping all hardcore ,whirring
on the rebound, turning the rainbows of electro abstraction into a
lush avant-club land... the convexed projection dancing along... 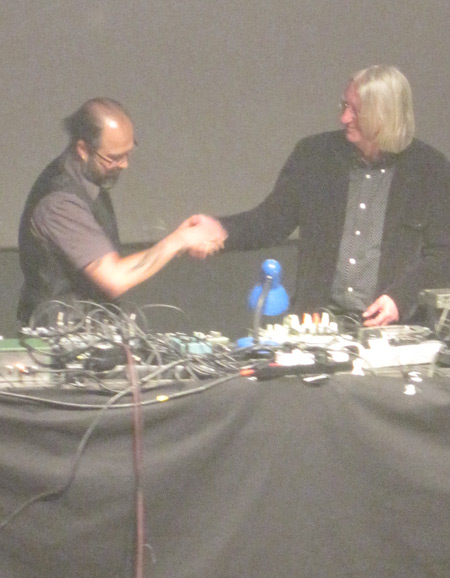 Probably impressed by the previous act, the Nurse with Wound
foursome blasted out a delicious cacophony… a real ear rape... Colin
doing arm requests for more volume… to which I was glad the sound guys
didn’t oblige as my head felt like an aching ball of phosphorus… 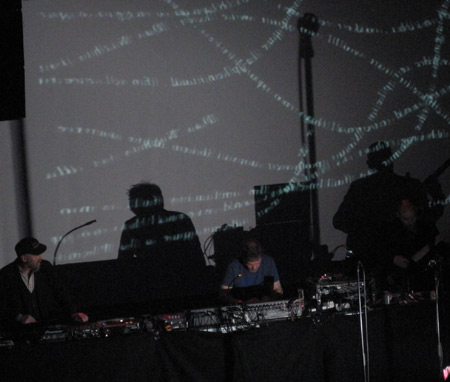 Slowly the harshness sheared into eerier waters, bespeckled in mumbles
and moaning vapours and other classic staples of 'Nurse' whimsy
...gestating nicely as 'word worms' snaked the screen. To my
disbelief, 'I’m the Poison' materialised (the very song that
originally converted me to 'Woundworld') …Stapleton's vocals sounding
over medicated, nicely obsessional…Waldron n Liles churning out a gut
wrenching bass to Mr Potter's eccentricities… the phasing nimbus
projection behind them giving out Coil déjà vu's… If you ask me, this
was worth the ticket price alone! 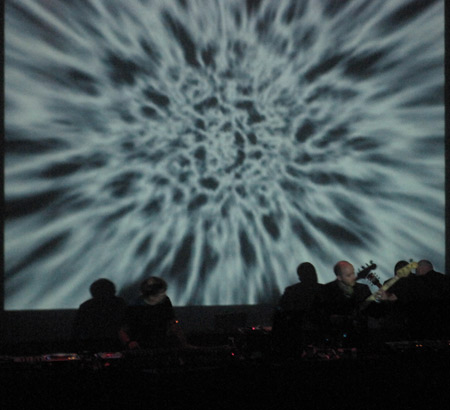 On the back of this, some seriously sexy trumpet smears pursued,
leading to outbreaks of tomfoolery from all assembled… Liles getting
carried away with a toy megaphone and being pushed off stage by Steve…
Matt Waldron on pin hole music box, all Nosferatu hunched, cranking
out delicate Hellraiser trickles… Random noises a plenty as all four
squabbled over their contacted junk like a bunch of kids... 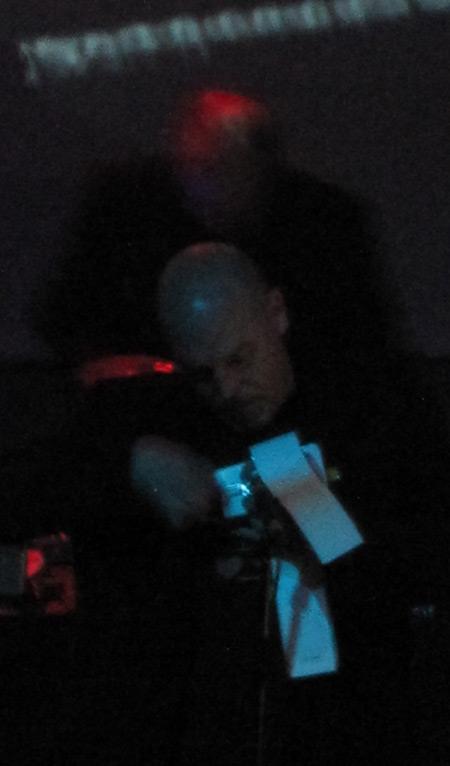 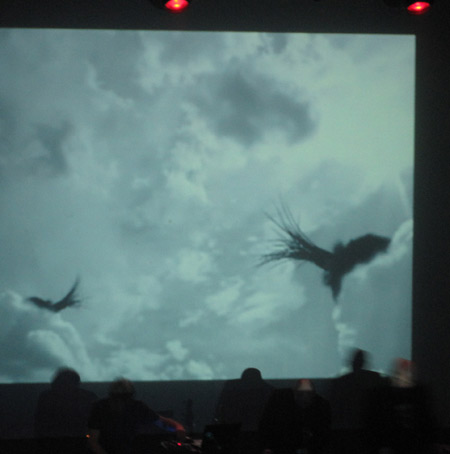 Bacteria multiplied on screen as an arse-clenching rumble of a drone
made it’s headway… potholed in snapping mouse traps, S&M whims and a
sinister flux of electro statics…...On screen, squid-like creatures
floated around Manhattan to the ghost-written operatics… The scene
quickly changing to visions of some Lynchian travel lodge populated by
shadow shifting creatures... Corrosive drones crackled with flashes of
amped tinfoil... the half-light revealed the fleeing shapes of
scattering monkeys, their muddy primate faces looking genuinely
perturbed. … The sound, a tight knit claustrophobia, squeezing out
every ounce of tension then detonating in bursts of gorgeous
brutality. A few comical switchblades broke out as the BPM index flew
off the handle in funfair-esque detours... contradicting the images on
screen that definitely seemed to take a back seat as the team finally
disembarked into a deformed drum n bass hoedown. Here's hoping
somebody pressed the record button. The best NWW show yet! 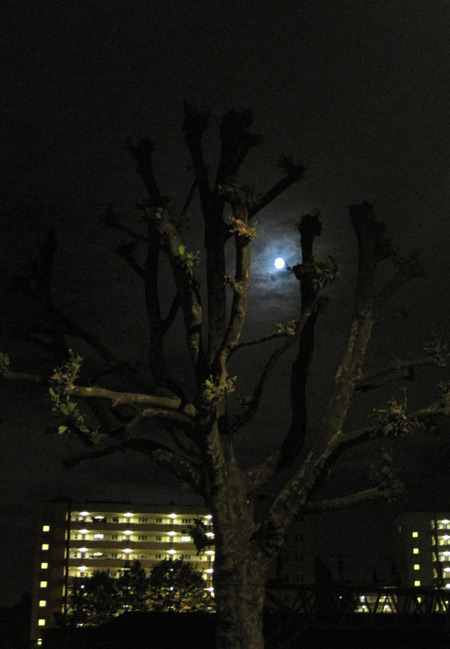 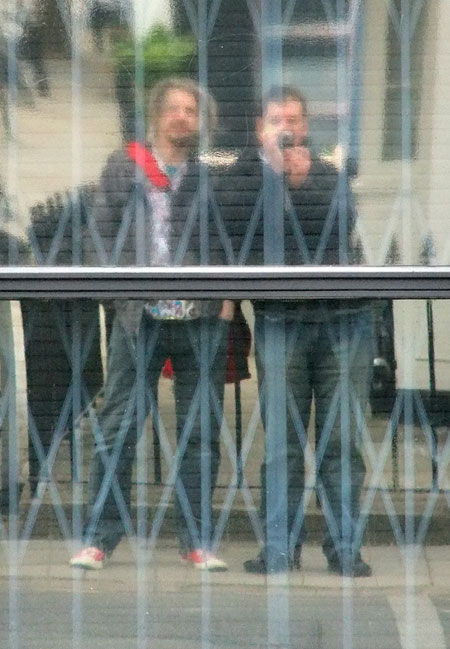