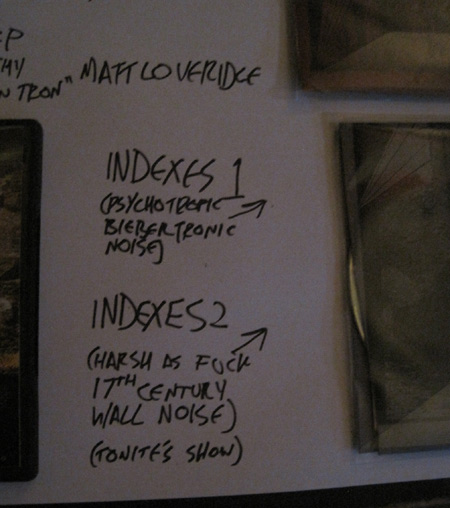 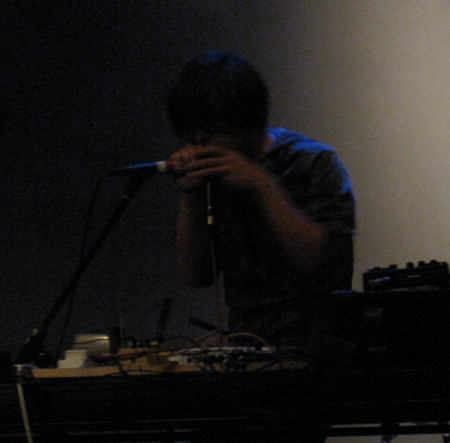 Matt (Loveridge) formerly Team Brick... subscribed to differing degrees of cruelty... betwixt floods of crocus spikes and plate glass jostle there was an exasperated lung machine crammed with sewing needles... yelling, whispering. Hyenas crushing glass bottles, rolling the broken shards around their gums. It was a real 'patchwerk' of noise joy... as the layers on layers became a hessian of false narratives, giving out a gideon of tonal claws. Dragging the subliminal ' allhummingbirdsmustdie through my head, a bludgeon of Kari arms and paralytic tv's. Thought forms' drummer, Guy, adding a guest bit of pounding skin to the equation... Matt greedy for increased volume... Guy obliging... but for all the effort, he sounded like a distant boxing match on rough canvas to the guitar monolith Matt decided to implant. Real clenched fist material with dull hail on bendy windows, fading out on xylophonic tics that left the girl behind me in spasms of laughter... a pretty impressive take on INDEXES 2 that left me green with envy... 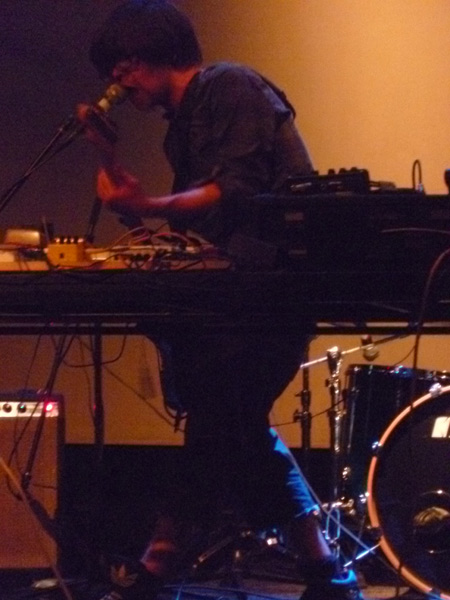 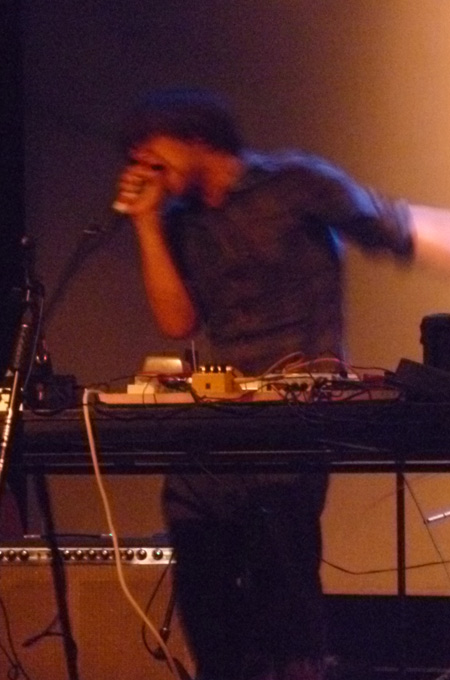 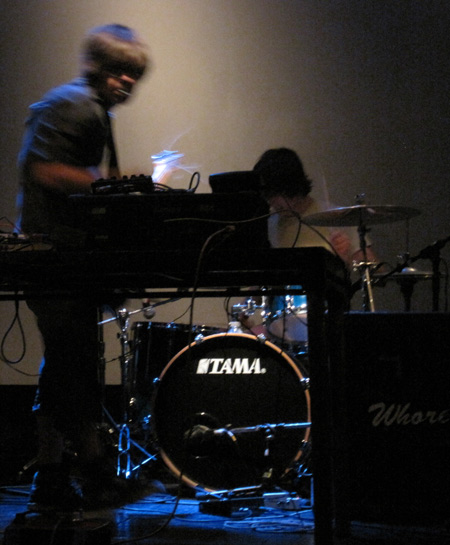 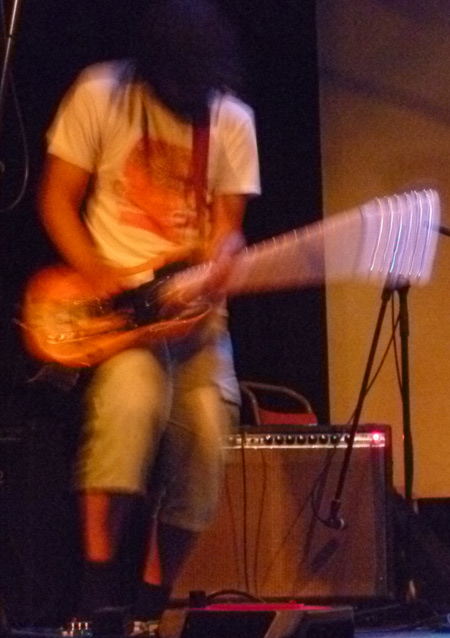 Thought forms were up next... that new amp of Deej's like a cave of evil bats, as if the treble was holding the bass in torn carrier bags, giving out a multitude of unholy sonics... Proceedings started with Deej in crosslegged evocation... bringing on a trickle of chords, Charlie's flute sadly lost in the ampage... drums not far behind stalking their prey, a rising brew of interchanging textures, growing fast, getting lost in total guitar love. The duo's vocals coming across really well, better than ever ... smeared between the jangle of jubilant shapes and pogo(ing) bodies, rolling back into a spacey shoal of hungry barracuda. The effect afterimages lingering in the ear, unfurling hooks that led to a finale that ripped at your head in delicious demi-god-like savagery. A bit of a short set from the 'forms' but nevertheless satisfying, leaving the audience crazy for an encore, that sadly failed to materialised... 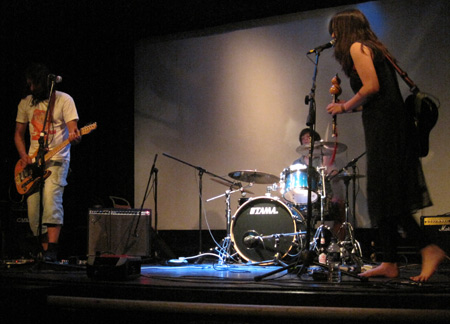 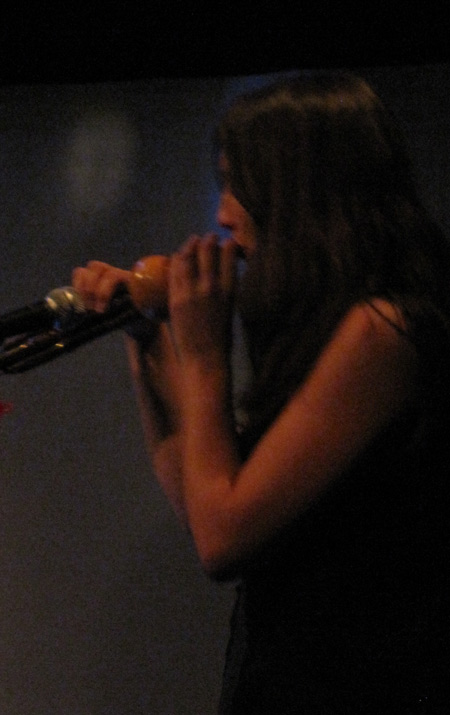 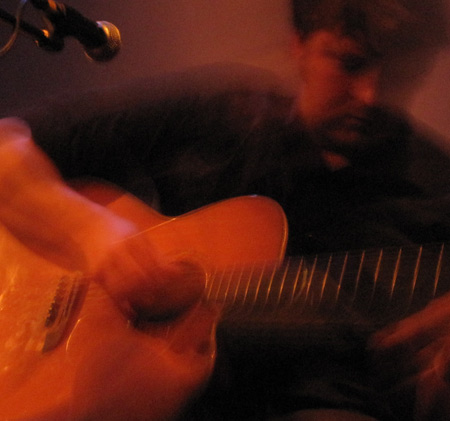 Haven't seen Six Organs since they played Seymour's back in 2006 with Lisa Germano, Mr Wood and those awesome Sunburned guys... but this time he was totally solo, pared back and utterly captivating, just voice and electro-acoustic. His fingers were all over the place, on an improvising vibe, messing with time signatures, tempos and the like with warmth flowing out of those strings... at one point turning them into a throbbing pylon full of vibratory shimmer as if it were a souped up synth... curling the drone back into a meandering codex of frightened rabbits, his fret fingers sending out semaphores... and lots of silence, interrupted by the gurgling of somebody's ringtone... with the last track being a dedication to Phil McMullen of Terrascope. 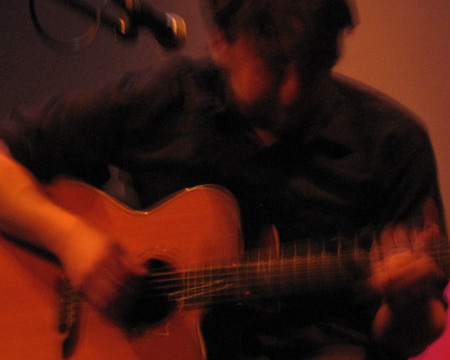 Another great night amongst friends, the cool summer night despatched in conversation and Cube cola, a touch of greasy chicken caught on the breeze... and Beefheart departures down the M4
matt loveridge six organs of admittance the cube thoughtforms