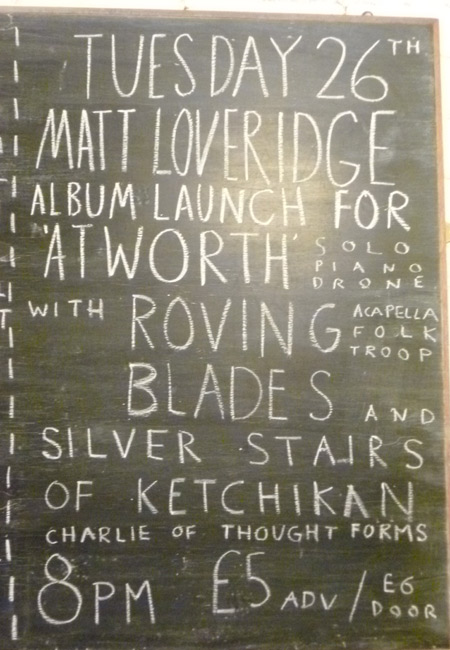 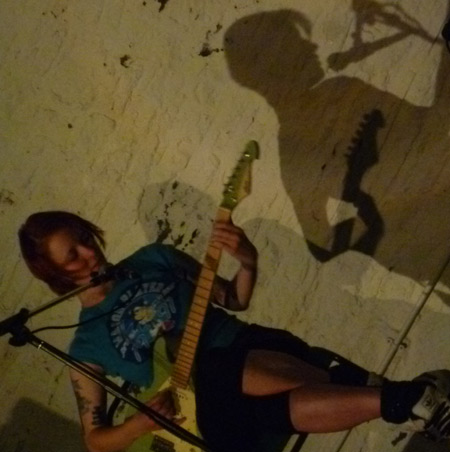 The disappointment of hearing that Silver Stairs of Ketchikan couldn't play was soon quashed on finding her replacement was none other than Serena of Squeeze me Macaroni... Seen her numerous times, usually fx-ed up to the eyeballs, but here she stripped away the looping paraphernalia, and pedals to give us a series of well executed covers, just her voice and electric guitar with a touch of reverb to fill the space... turned out to be a very melodic beast indeed, a real showcase for her crystalline voice. 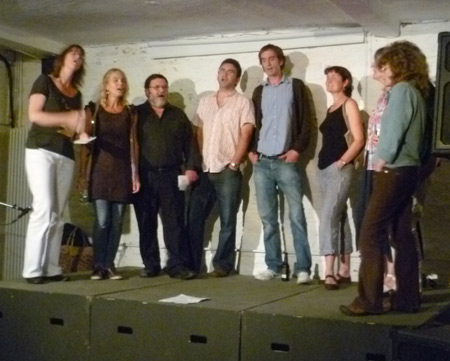 The next act Roving Blades made a refreshing change from the more experimental expectations too... an acapella English folk ensemble of 10 people who's differing harmonies rolled around the room with the currency of loss and loving... ending on some 'chicken on a raft' funny business. 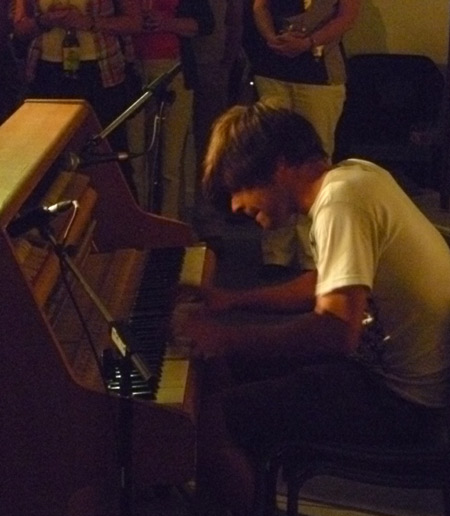 The main star of the show was definitely Matt though, and after some warm-up stretches, he commenced smashing the ivories of some rotting piano... continuing to nail them in a Terry Riley expansion of chords, all caps-locked in pointy toothed repetition... Mirages of tune crawled out from under this unbearable light, fleeting wasps of saintly rainbows lisping in the hammered current...The ferocity of his playing was awe inspiring, the pain on his face all evident... must have been a good 15 minutes before this hypnotic intensity finally uncorked itself... flowing into a slow dribble of lonely keys, those high end pings stapling the requiem-esque reflections home... broken handed he strode out of the room to rapturous applause ...
matt loveridge roving blades squeeze me macaroni