Posted by Cloudboy on September 27, 2011
Saturday 24th September at the Croft, Bristol 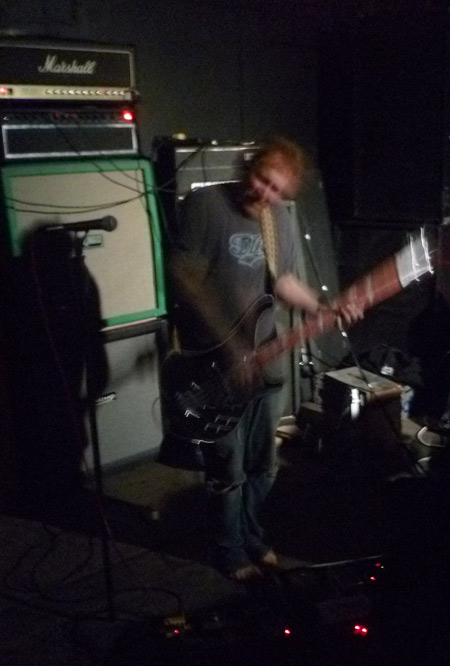 The Big Naturals were on vicious, ear wrecking form. Bombastic drums and screeching bass claws with reverbed to fuck vocals howling hopelessly inside... Convulsive fits of effect wah's blistering within that headache inducing cymbal... carabiner scraping the strings in wheel-spinning scars... no let up... the occasional re-tuning oasis filled with the growl of a ravenous stack of amps. 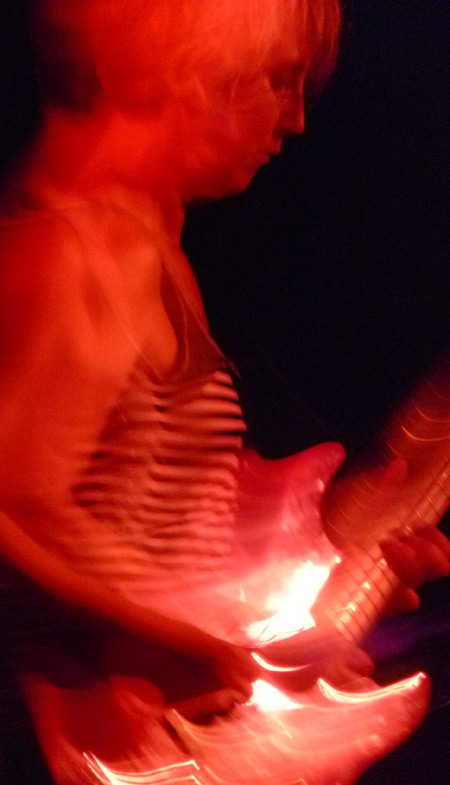 UT started off a bit lacklustre after the ear traumas of Big Naturals, but soon satisfyingly sped off... the trio getting nicely agitated in the guitar department, wiry rhythms that cantered around the drums like a tangle of hungry dogs.

Loved that misshapen, scratchy quality to the music... and those sandpaper vocals - like a trio of Mrs. Hershs throwing their muses... Canal, Ham and Young's shrillings coming across witchy in places... seemed fitting Jacqui was sporting those pointy shoes.

Later K Martin (?) from God, took over the drumming from Nina... his arms sported a disturbia of Rorschach tattoos ... moved the furniture round in insistent slams as all three guitars needled their way through Griller and In Gut’s House material as if twenty years ago was just yesterday...

Cloudboy said…
it was so cool to finally see them
Saturday, January 28, 2012