Posted by Cloudboy on December 13, 2011
Thursday 1st December at the Cube Bristol 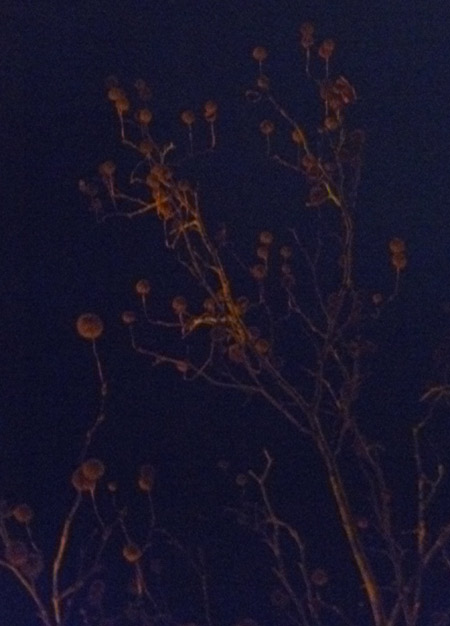 The song writing demon Men Diamler was in the process of packing up guitar and Houseache Horse forever, as in full stop… Rumour has it he’s going all Mieses Gegonge on us for 2012 - ditchin' the strings for hover tubed electronics, and avant ear violence... a spectacle I'll defo be lining up for … So Thursday was the night to catch his penultimate Diamler show over at my favourite all time venue, The Cube… For the occasion, he’d collated the help of a few Cheltenham based pals to supply a varied send off… Ochre stable mates Longstone were amazing, with live procession spicing up the 'behind a table' electronics and bass… The hilariously name Brown Torpedo were also killer with their mutant blend of dancy Korg splashes and Marky Smith vocodering. 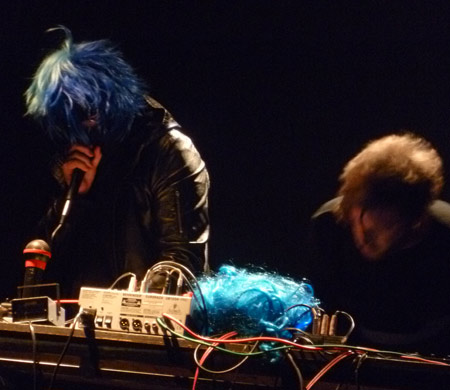 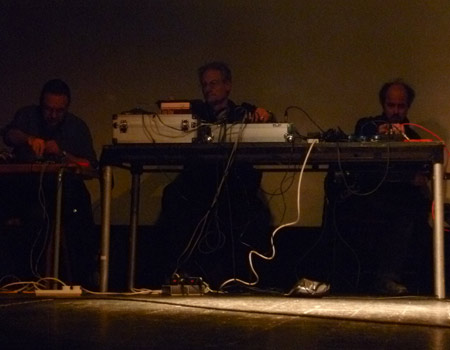 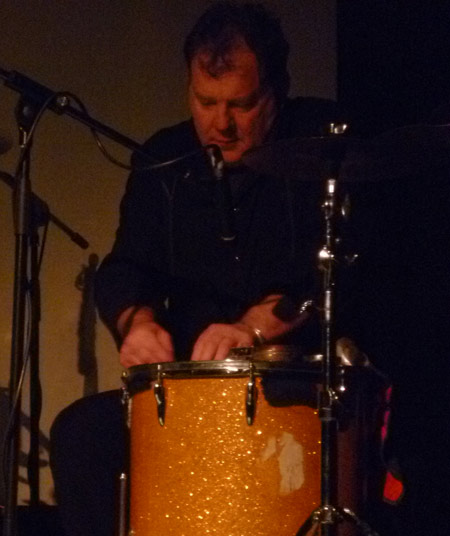 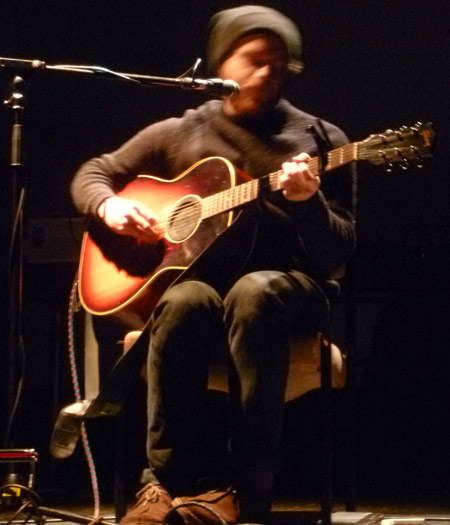 First up, Andy Oliveri certainly gave out the Neil Young shimmers and when Rich finally hobbled onto the stage, multiple shots lined up for nerves… he just launched straight into it… Mexican wrestler masked for the first ditty, requests for Admiral Axe were brushed off as he rode through some classic Rich fayre… his warped realities leaping from the depths of sorrow to deranged joy. 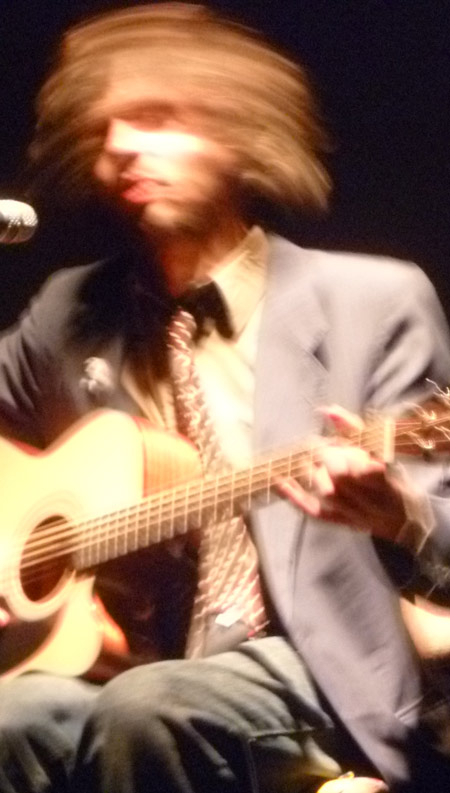 Plenty of 'dirty tramp' yelling and mangled cross-eyed blues along the way… When the final tune died away I felt the loss of the Diamler massively. 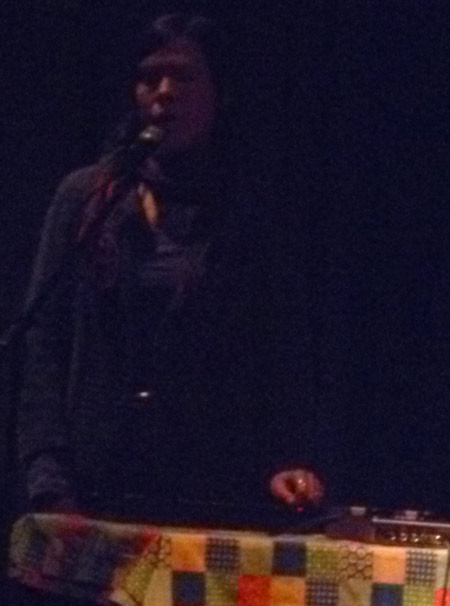 A few days later I found myself back at the Cube for Fursaxa… Seen Tara twice, this being my third emersion… She never fails to captivate, weaving mystery from mandelas of whistle, bells and voice, stretching them out on sacred organ totems, creating glimpses of elk shadows and forest ancients. Delving into the past with relatively modern means… Those spinning wheels of voice layering up; drifting on through slowly, disassociating you from time / place… working their faerie magic as her profile glowed all Native American in the stage lights. … I think a few tunes from her witchy Mycorrhizae Realm of last year snuck into the set. That reversed chant element, tripping into real time voice was a real mind scrambler… as if the random cut up, were dolls' faces falling away to reveal yet more intricate masks… infinite vapours becoming other, as the whispers prised you from reality's grip… Her white hands, like spectral mangrove roots… The drone bedrock, humming like a fleet of aircraft, cut into, tempo curved… A phantom choir behind her, all baritone bass, her featherlite voice chanting over the top, or bleeding from inside in differing tones, casting stilettoed patternings of emerald, amethyst, vivid azure. Bewitched I was …

Wasn’t really fussed about the others on the bill, although both Sharon Kraus and Meg Baird were without doubt masterful guitar players and great vocal harmonists, their tranquillised beauty was seriously bad news for my sleep deprived slump, kept catching myself nodding off and withdrawing to a parallel world where somebody was shouting ‘fuck love’ from inside their guitar's innards... 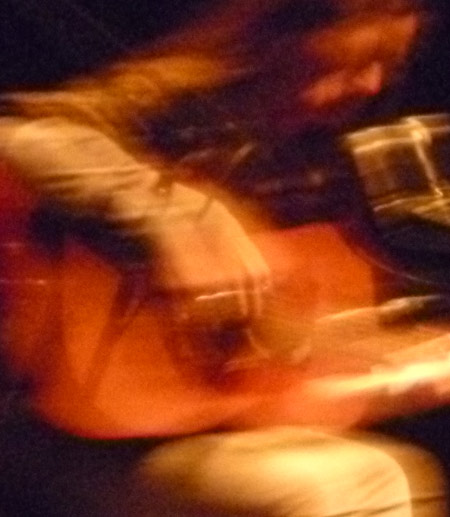 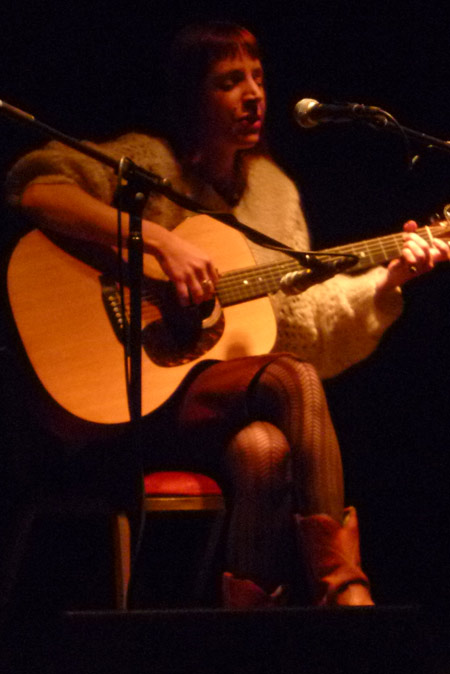 Well that wraps up my gig going for another year, was going to pop along to Death in June’s shindig at the Underworld at the end of the month, but frankly don’t know whether I can face another 'bride stripped bare' strum-a-thon through Mr P’s classics, or jostling for a good view amongst the fetish neo-militia… Probably spin some late night vinyl instead and sink a few glasses of homemade druid juice… 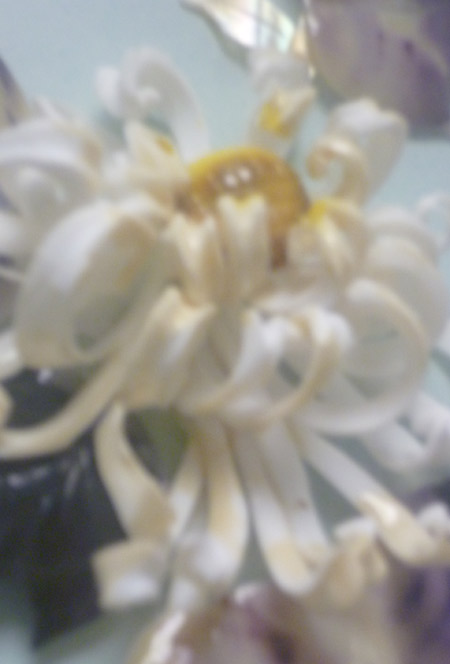