Big Blood and the Wicked Hex 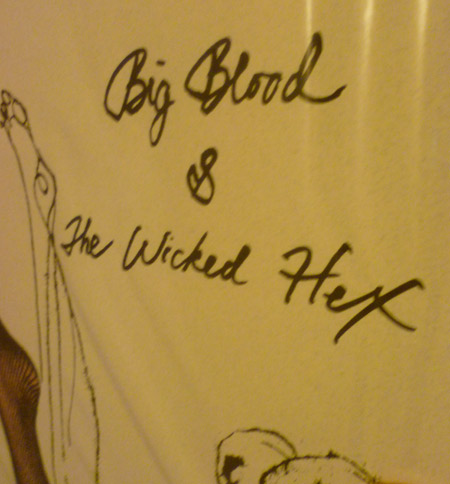 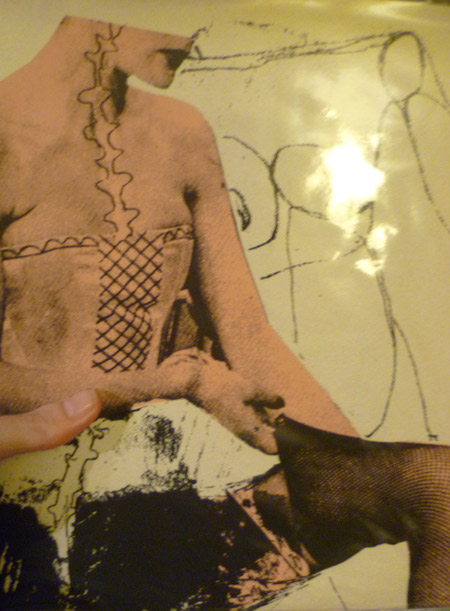 Loving that home recorded aesthetic. Nice blasts of room atmospheres, tape static and a slight tunnelling in fidelity give this release a gritty authenticity that studio albums often shamefully polish away… The opener, Run grabs you instantly, like some forgotten psych gem with its meaty bass proposition and incredible vocals… a strong authoritative voice akin to Catherine Ribeiro. A folksy saturation to which Jefferson A’s magical ‘White Rabbit’ sort of slips into comparison rather seamlessly…

The fun continues on the next track, the vocals going all deranged in the souped-up discord … Like a psychotic Kate Bush or Galas, hexing an arcane rant, drilling her words into your skull… I will love you, I will love you… like a real bunny boiler…

The next, gets a Spaghetti Western treatment. Vocals throwing themselves into the distance, the prairie twang and episodic bass combo sounding like something the late Roland S Howard would have produced, alive with a dusty Hungry Ghosts oeuvre... An Eartha Kitt diva vastness to the vox, coupled with a oomphed up drumming that sounds unmistakably like the heavy stamping of spurred feet.

The flip is just as good. A little kid's happy birthday song slips into accordion followed by operatic, Meredith Monk like vocals, all vowel spread and classical, multi-tracked in disorientating streams … Nice touches of bell and broken shells that build into a driven, boron like tumble, a heady mix of electronic bird calls and rattling percussion … vocals weaving their way through with a delightfully eerie wobble... The clapping at the end really takes you by surprise.

The last track creeps up on you with tiny tea-lights and bendy branched theremin. The pace is far slower than the other tracks, with the vocalist plumbing for a more restrained vibe, sometimes baked in the contoured periphery of reverb... A symbiotic shimmer of guitar accompanying it, the focus deteriorating then escalating, a spacey thread, well weaved ... like a 20's radio siren tied to a 'Twin Peaks' bass undulation and lightly wrought drums... her purrings... imbued with a slight Irish lilt... maybe there's a touch of Slapp Happy's Dagmar Krause in there too...

Boy, this is a real variety pack of goodness, oozing a bitter sweetness that on headphones has a secondry inflexion that sounds like a ghostly whirling, attempting to converse with you from outside itself...
big blood phase vinyl