The Falling Stacks, MXLX, Line and The Jelas 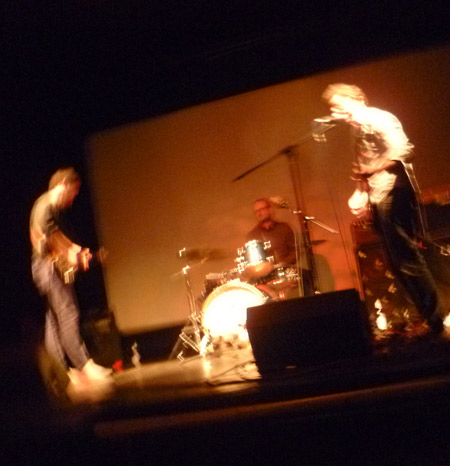 A punky Fall / Wire fusion started the show... that bass, a thirsty animal grabbing at the heels of the angled guitar and scooping drums... aggressive sweeps and barking vocals... spears of sonic dissidence ripping through - a band whose sound aptly describes their name - The Falling Stacks... great stuff... 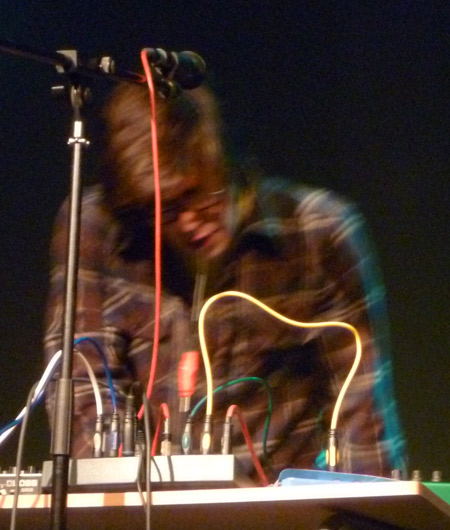 MXLX was next , another guise for Matt W's extensive musical demons... started by clicking a contact mic off his teeth,... squirreling the results away into the looper for later use... scraping it around his molars, piling up the layers in realtime, snap-shooting the overlays infinitum, grinding industrial tastes into the ears... strange dronic pulses slipping in, ice skating around... that threadbare hypotonic goo of synth... machine hum...a collusion of knitted pulses... pitch swivels... simply gorgeous , nothing outlasts it's welcome, things change quickly, intersperse at a mind whirling speed... that vocal grease-proofing rasp added a medieval / Islamic / Sufi spin, guessing there's some Latin in there somewhere ... The holy holy wrapping to the cowering dogs of noise n tangle underneath... more synthy substance thrown front stage, the blends are regal,exotic,ancient,the flow remarkably varied ... I could have happily listened to a whole evening of this, but the down turn in volume finally signalled the conclusion to the set...


(comes across far too mellow on this recording) 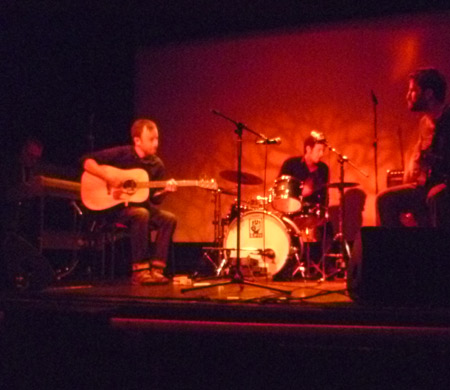 The middle band LINE were true sunshine givers with plenty of quirk... apparently featuring members of Soeza, who I have a couple of treasured CD's by ... they sounded like an optimistic Hood in places... jangle beaded bliss and super cute keyboards, even a bit of tuba in there too... a nice reparative build of ideas and interactions, acoustic/electric blends with a sublime invention creeping into the beat worthy fray, slightly folksy but not in a bad way... 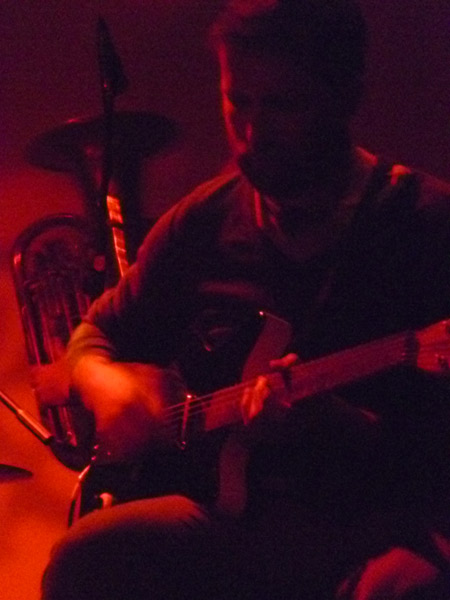 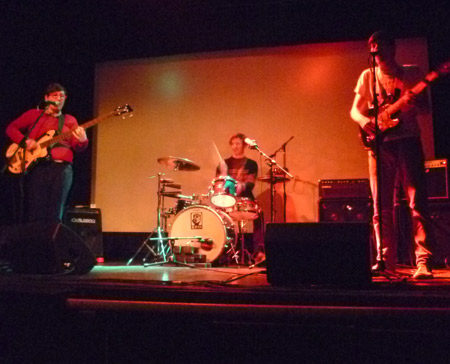 In the bar Deej and Charlie were on the decks, metallic mascara and disco balls, they both plied some beautiful tunes throughout the evening... requested something off Tago Mago... and soon those Liebezeit drums were there filling me with undying love... fucking Hal-le-lu-wahhhhhhh... gorgeous... 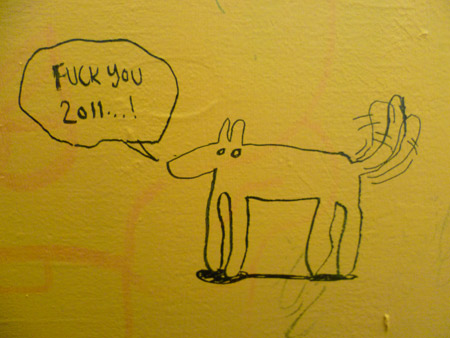 Anonymous said…
Hi there, just re-reading this and wondered if you were aware of Zamzamrec and her gigs happening in Bristol, check out this if you aren't....

PS also loved the Ashtray Navigations review, good gig, with some people in attendance for once!
Monday, February 27, 2012