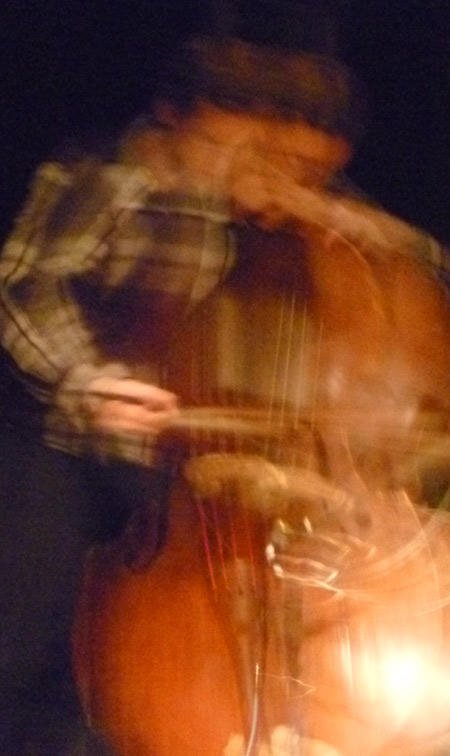 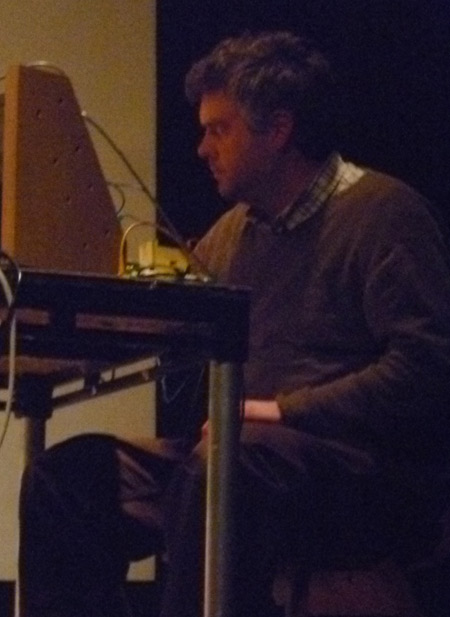 This was a great night of collaborations... full of radiophonically bent, electro-acoustic noise shenanigans... Proceedings began with a stoic Mark Durgan (of Putrefier fame) throwing out some tasty modulated high-end scribble ... challenging sounds not dissimilar to live budgies being stuff down PVC trousers then mulched into taut collapse... really nice speaker dynamics boiling over in glorious abstracts, with Dominic Lash's double bass etching across, following the machine calligraphics in scrape, pluck and scamper... the odd bowed drone cut up in the spluttered darts and spiralled explosions... 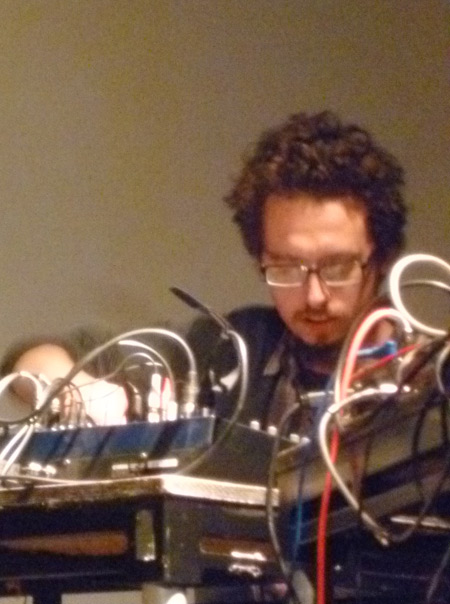 The next duo, Ekoplekz and Stephen Cornford... was a soup of glitched balloon skins and static purr... Nick's reverbed springs cutting in with beautiful reparation... the loopage producing wordy dynamos... repetitions tortured down dronic freefalls... plenty of sci-fi'ed curls cordoning the itch of textures, breaking from within it....... This was a busy canvas of reaction counter-reaction that left me totally confused about who was doing what... but I didn't care less... this was great! 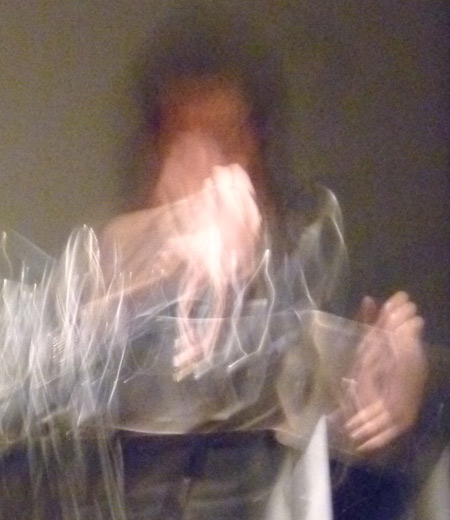 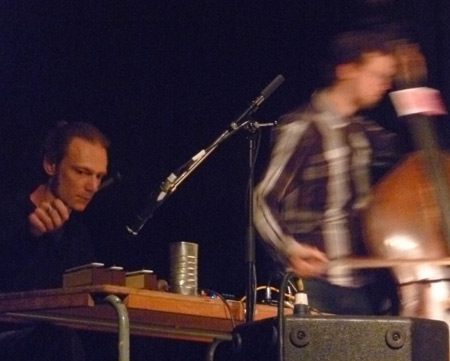 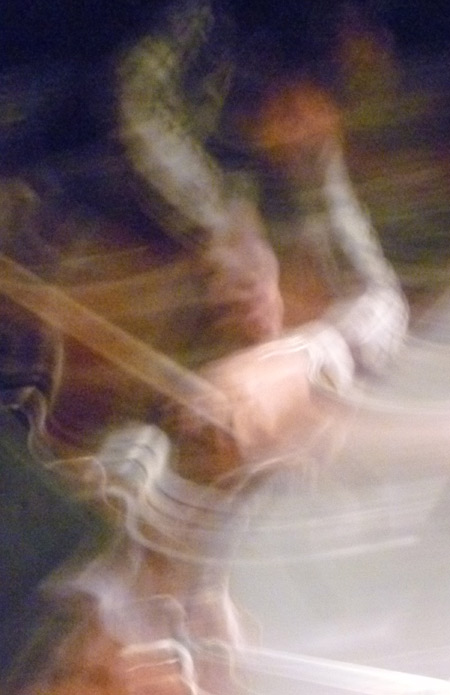 The intensity was an altogether subtler one for the next trio, Stephen Cornford, Dominic Lash and Stuart Chalmers...... A blend of broken flurries and shoaled spikes... walkman fragments filtered and pulsed into smeary stretches ... loose operatics and vague Arabics softening the rubbed edges of bowed jumping jacks and seeking angles... The sounds bouncing around in loose weaves and mirrored tangents... Totally ticked my boxes, to such a degree that details became a complete haze...I think there was another trio of sonic venture before the final showdown of Mark, Dominic Ekoplekz and Stephen... but that thunderous finale effectively wiped my short term memory clean away... 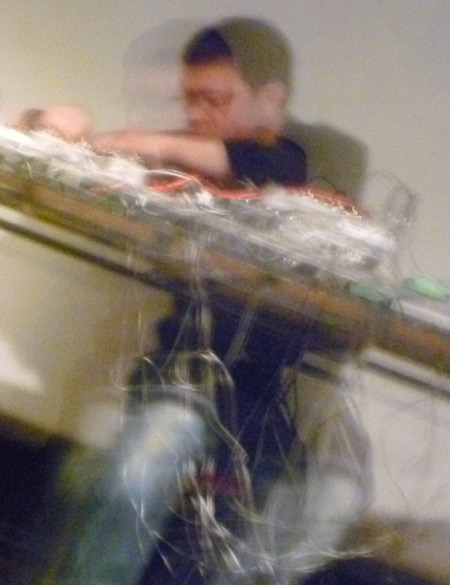 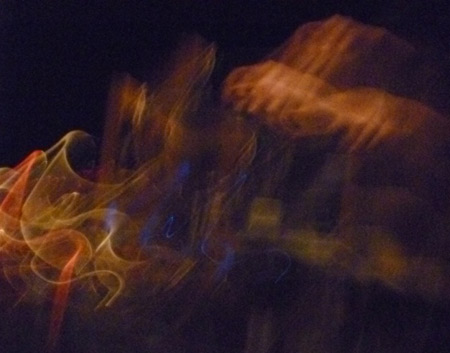 ...guessing somebody was recording the whole kaboosh, no doubt for possible release?