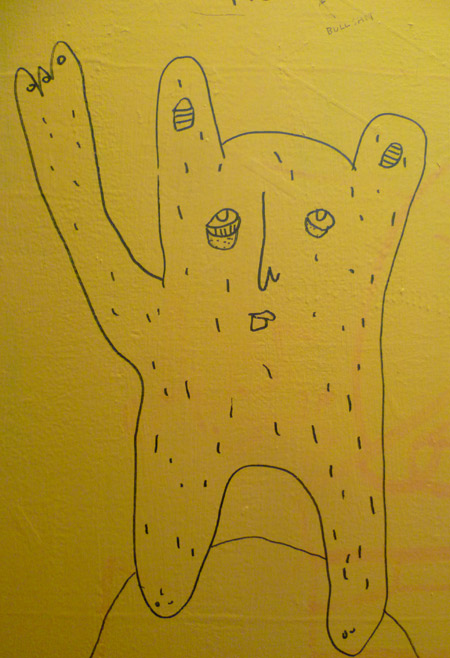 The Cube, Bristol - Friday 4th May

The goods of the first band Eftus Spectun were too sparse for my liking... they took a fragmented notion of jazz to its ultimate conclusion... Abstract chord flurry followed by abstract chord flurry followed by broken drum skids... scuttles... some lovely combos were falling around but simply left unresolved ... Normally, I'm quite susceptible to this kind of thing, as anybody that knows me knows I have an undying love for abstraction and awkward listens...but here I found myself constantly expecting it all to fly off in a grand melt of textural chaos... it just never materialised... guess i wasn't in the mood... bet they slay album wise... 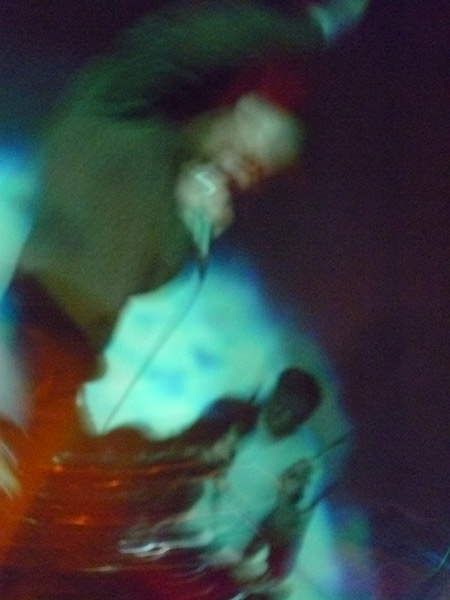 In contrast, The Chasms were a mouth full of wasps and gnarled explosion... those drums giving out 'Death Juned' rejuvenations, flying out in massive salvos... thudding through yelled poem fodder ... Evil guitars full of homicidal slides and riotous bats... Tom Bugs throwing out his gooey Komische claws... All those glorious angles coming at you... shadows of wings... Mustangs... weather complaints... Left my ears gloriously fudge tunnelled ... left quite a vacuum, into which Cindytalk later poured their electronically swirled soup... 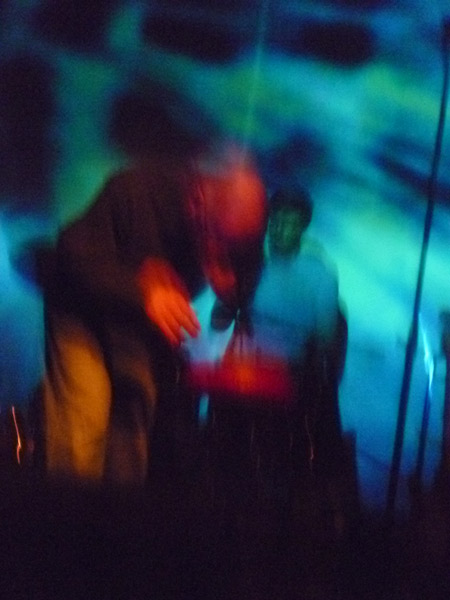 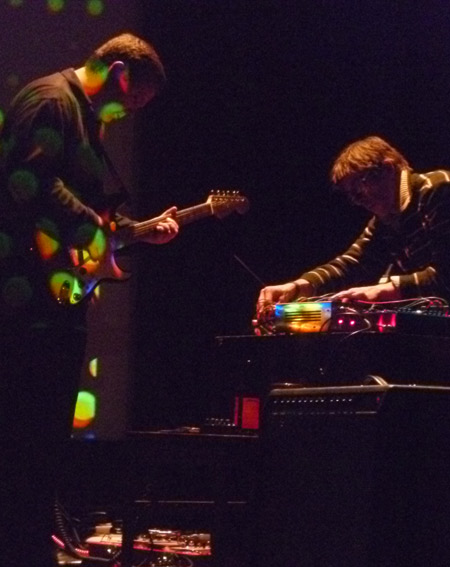 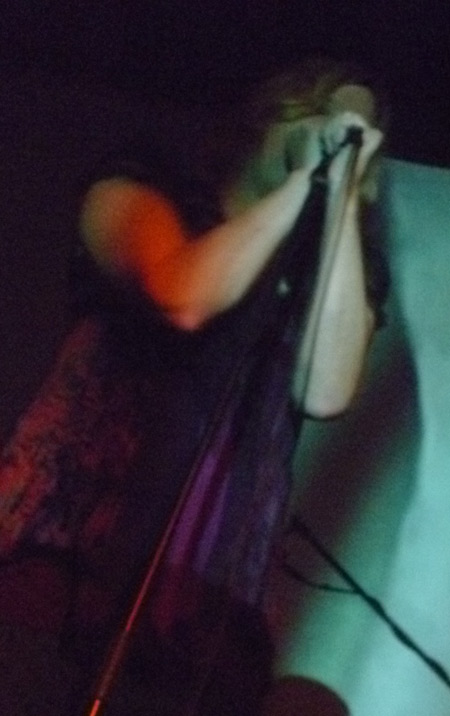 Like some purveyors of a darkened effect-driven fairytale/nightmare, Cindytalk were a total contrast to the guitar driven meat they plied at last year's Supernormal... More 'spirit behind the circus dream' than full on 'memories of skin'... Gordon, the Dietrich figurehead calling forth an eddy of vocal spurs to which the band responded instinctively. Vocals getting more manic, shouting, commanding things to rise rise rise ... burning up on the personal. A flash of semaphorical arms, twisty fingers... sending out the shivers... making you feel voyeuristic as the bitter sweet delivery was impeccably wrapped in varying shards of musical debris... 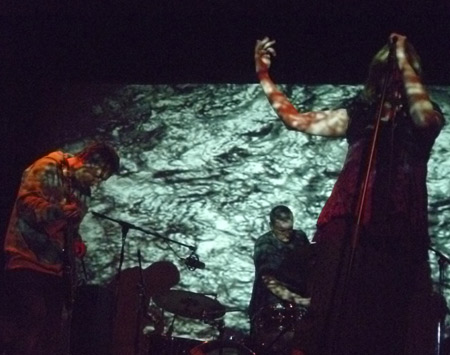 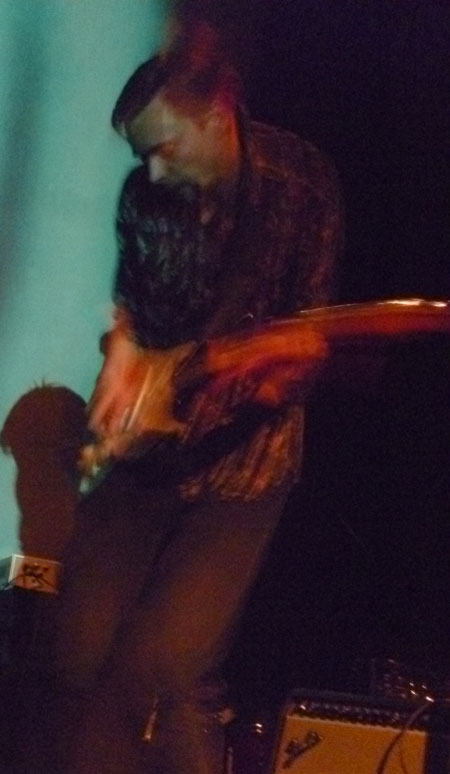 Cloudboy said…
no worries, you lot were uber impressive
Monday, May 07, 2012