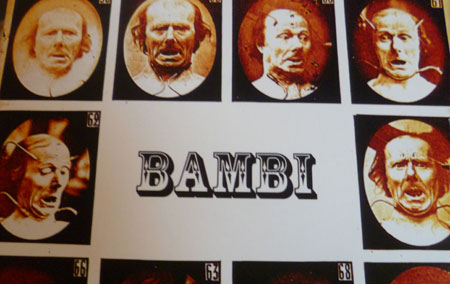 … Wow! Take in that space. It’s practically a whisper for the first minute … Hákarl’s violin glowing like some gipsy succubus in the headphones… tugging the emotions as Daniel's electronics flitter the periphery, hugging those violin strokes in a dance of vaporous tastes . Vignettes of sensation, like a creeping doppelganger to that lichen needled concrete…

Six minutes in, its leisurely unfolding into a beat driven penance with flickering bow scrapes of roaming intensity. Vibes that could have you hovering over your St Christopher as stormy weathers approach, dispersing on swirls of whining ligaments… a series of lush discomforts that keep you guessing. Suddenly taking a medieval(ish) turn, then a Vienna chambered fallout to whirring machinery. Curving beats to a re-emerging shark pool of violin, then the zest pours forth as lunatic shriekings tear on through. That electrocuted bloke on the cover making perfect sense now. 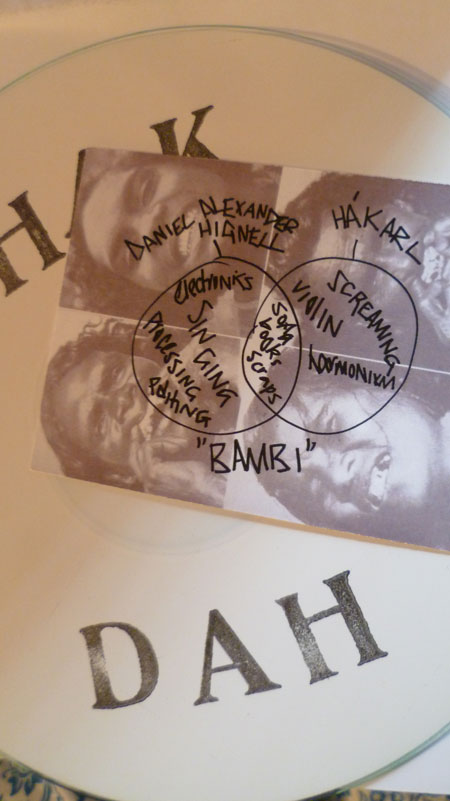 The Venn diagram insert says it's Hákarl’s howling away, and he's definitely enjoying etching off kilter extras into that hollow mouthed action... I'm totally loving this, and as Daniel's baritone rises from the screams it just gets better… The way he bends a damaged folk form out of that dervish muddle of differing tortures is extraordinary … Can't quite make out what's being said, word fragments, but that doesn't matter... the textures are fluid, ploughing into your imagination, firing from a firm undercurrent of whipped beats and undulating bass… A floodlit fiddle tunnelling into beats that start to sound like emptying rifles. Brings to mind Mr Walkers 'Drift' in places, and later the vox is lilting like that allusive crooner, an omnipresent electrical throb binding up the package … Odd scrapes of string wandering round as that operatic larynx gets more cloistered, baked in some really nice wolf wind shadow. Superb stuff...

I watched Disney's Bambi at a very early age - scarred me for life... whereas this feels like a medicating angel just waiting to be replayed...
daniel alexander hignell freq music magazine hakarl lf records 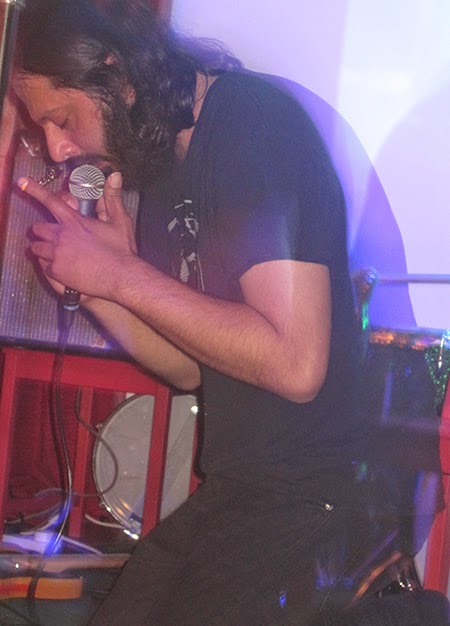