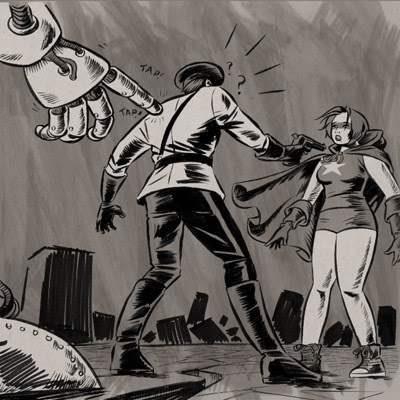 From the highly commercial flavours of V4 comes this new instalment from the enigmatic BLK TAG… By the name, it would come as no surprise that this duo are great fans of Rollin’s Black Flag, and from their own barred logo you could be under the misconception that they are a ‘covers’ band of some sort… that’s until you sample the lovely obliqueness on offer here… a drone soaked landscape that’s musky and gloriously insular, with extra heavy bass plummets that attempt to conceal the sun…

The first track sets the mood, as the mild squeaking inflexions of the previous ep are blown through with a doomic majesty of bass, with amp grumblings scaffolded in extra piano coffin nails… then you're flung into some mighty fine cumulus canker and varicose veined electricity that quakes through the ears…

From here on, things are replaced by a popcorn of pirouettes, a glitchy soufflé that expands into a whirring industrialised dronescape… Entitled I am not in yr love, it’s a tidal vibe of mildly threatening hues, seemingly suffocating on their own inertia as gloomy timber saws chop into the protracted gasp…

An ooze of sub current bleeds out from the previous track, feeding the slow shrapnel explosions of Watch me pull a toolbox outta yr chest. Initially sharp thuds seem to dissipate in radiator valved pointillism … Percussive sounds that seem to be glowing semi opaque in dusty oxides, a drag of metallic discomforts adding to this gloriously bleak subterranean vibe...

A shruti box refreshment drifts in to close this ep. Brings to mind Nico’s intimate sound world punctuated in the clank of metallic tubing and bantha like howls… the squeak of machinery that started proceedings threading through, developing into an epilogue of vague classical drifts. Undulating snakes of Melodia … and a tennis(ing) of broken shutters … with odd percussive shadows ebbing away on exhaustion, then silence… a vacuum to which the outside world seeps in until the hidden track viciously rips you back in a brief foray of craggy bass…