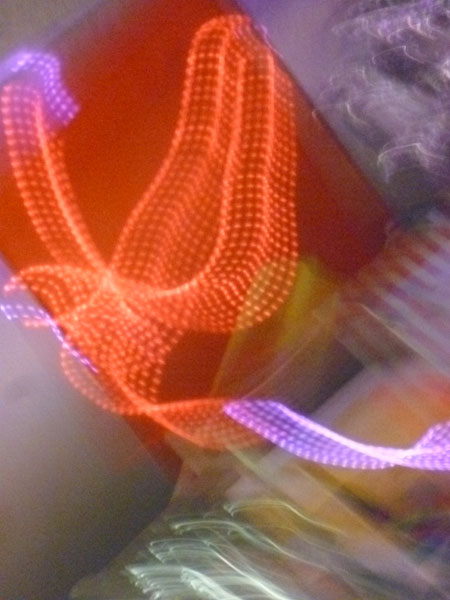 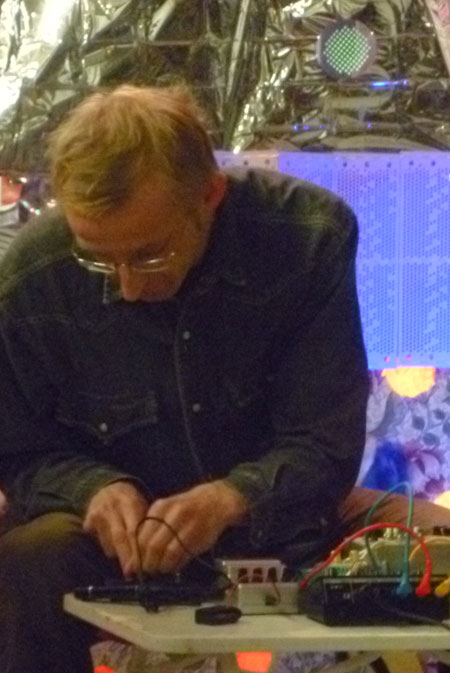 Wow! What an evening… Half way through JoinedbyWire's set, Andy whispers in my ear that he's lost his grip on reality. By the look of his eyes, that downed quart bottle of vodka had reached maximum saturation… his head struggling with the elliptical orbits Stephen was plying. Those furious kinetics skipping in rhythmic semaphores were just the ticket. Harsh abstracts mingling with lush landslides of texture, repeated phasers modulated and hinge angled, boiled shimmered and fried perspectives... all generated from a mind boggling minimalist kit perched on a little fold out table he found in the back of his dad’s garage… Wanted to pump this leviathan out into the dead air beyond, poke the corpse of this town with its itchy tendrils...

Rewinding back to the start of the evening , we, the Non Ferric Memories were a bit of a sonic jumble sale, albeit an oddly musical one... discounting a few technical miss-firings, it was quite enjoyable...first outing for car boot reverb unit too... don't think we'll go for that 'zero prep' vibe again though, can't believe we lasted 40mins... 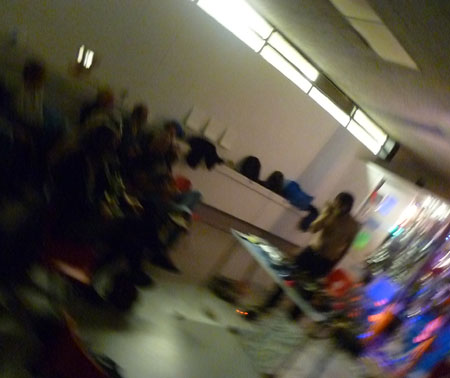 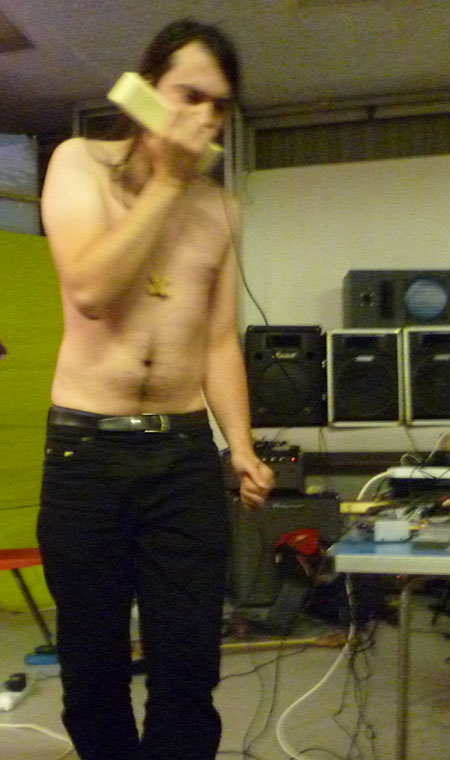 Robby's performance blew me away. I've got a few of his Hissing Frames tapes, but nothing prepared me for the sheer tour de force.. he stormed through his set like a mutant son of Elvis. An avant crooner par excellence, 70's telephone in hand, his distinctive blend of warped pop, curling out bizarre comedies amongst that glitchy cake of radio static and mangled cassette collection which he reputedly acquired from blind Belgium nuns… he spun some amazingly weirded out tales of blurred truth and blatant fictions… ex-wife throwing bricks at foxes ....genius 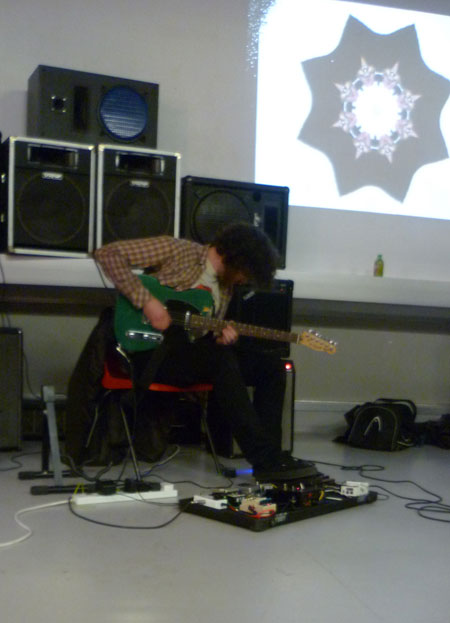 Next up, FMG (my old next door neighbour) was plying blissful guitar foldings. A rich tapestry of hypno-needles… really beautiful mellow vibes, similar to his recent Waiting Period cassette I reviewed back in the summer… The beats slowly making sense as scars of distortion were overlaid. The heady brew...contagiously seismic… the visuals bursting with symmetric shamanism as a legion of mutating Mobius strips danced… gorgeous stuff... 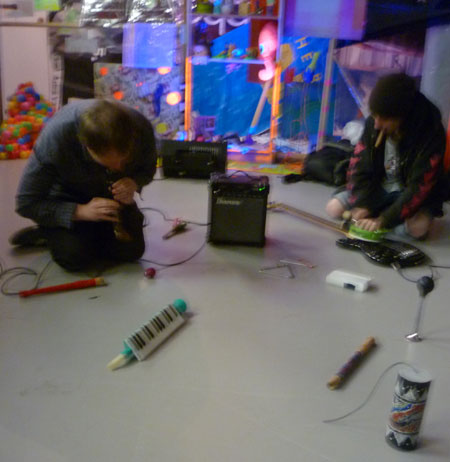 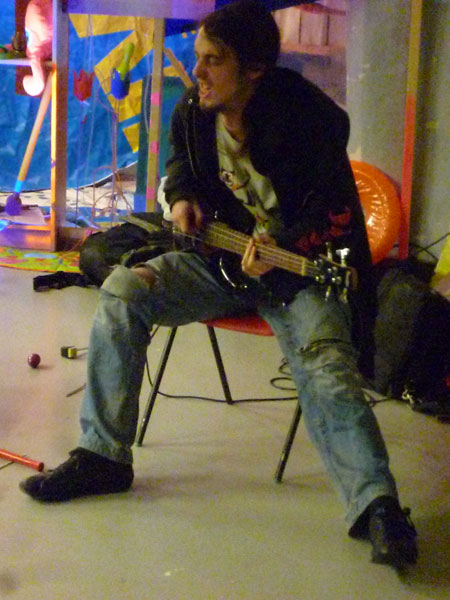 After all the difficulties of getting Windmill Moth Glue down, it was a relief to see two-thirds of the fore-mentioned actually close the show… and what a spectacle it was… This side project calls itself Mango Shank, and I’ve been loving their particular brand of neo primitive candy ever since hearing The Phantasmagorical Fruit Cave of Wonder earlier in the year… and the hoe down of pure mischief they worked up didn’t disappoint. Like two grotesque gnomes they banged the shit out of their various noise toys which lay strewn across the concrete, yelping Elvin curses at each other... this was both bizarre and exhilarating… that radio friendly jab at British Rail was superb… Later I took them round the Magic Roundabout telling them about Andy's 'Crowleyesque' theories of the place… secretly hoping it might seep into a future out-pouring…