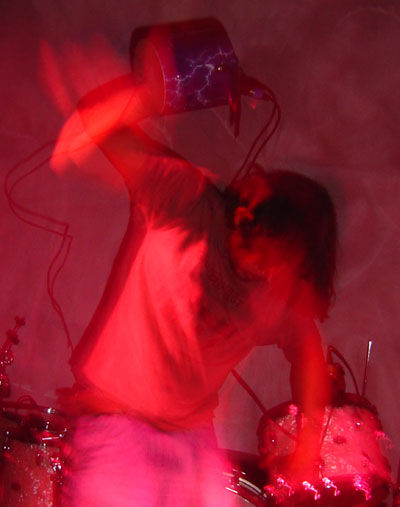 This is an excellent album, full of textural diversions and shifts of focus that are thematically dreamy, forlorn, exquisitely soaked in copious amounts of noisy euphoria …

New Dawn grabs you first… throws you into the deep end in a barrage of waspy sci-fi, crowned in weals of corroded wah… like earwigs noisily chewing over some 'Les Rallizes' masterpiece. Lush screams spiral from deep within the excess… that prevailing spikiness seemingly on the cusp of flat lining, but skates the void superbly, the overload mysteriously pared back to a nursery rhythm of keystrokes, it's stark contrast knocking predictability for six in spacey springs and wobble headed cuteness.

Kaide is an impressive 22 minute journey, a masterfully restrained unfolding that aches a plenty. A meditative layering, akin to a haunted tram drifting through a bristling drone cumulus, enveloped in a cosmos of muted colour. Really tactile too as it brushes against the scales of some metallic fish with icy sibilance… or rustles around in contact type damages with additional guitar chords fanning out from a vinyl surface scutter, crackling as if it was recorded on an Edison wax cylinder. A bassy under run gaining a foothold, overcasts a cocktail of slithering texture, morse-frets and smudged tempo... satisfying the ears right up to its Basho strummed demise…

Carborator highjacks the carefully constructed ambience of the previous track in rapid attacks of filtered effects… agitates your attention in slant cross hatches of stuttering mechanics and warped speech before releasing you to the aquatic charms of Empty... all watery bubbles breaking on echoed inflexions … a circular riff shoaling round a soft hypnotising core… later ascending in a roasting of shoegazery zest with peeling buoy bells and idyllic jet streams… translucent colours slipping over each other, vibrating like the elliptical milkiness of Mondrian’s ‘Pier and Ocean.’

The bright fret drips of Dunking makes for a superb close to the album … that lapping riff, boating through a misty synth drone, opening out to a wistful despondency, puckered in echoed weatherings. Ghostly vocals, later scaffolding the keyboard bleed in siren calls of witchy rag and wobbling after image. This certainly nourishes plenty of shadow fall like a less vaporised Eno or Budd, with filmic sub harmonics that are both eerie and vivid... Another inspirational jewel in Lava Thief’s crown that’s highly recommended… 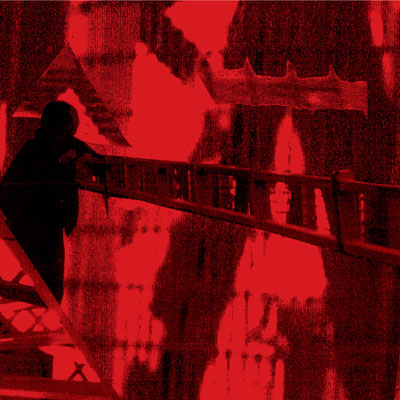